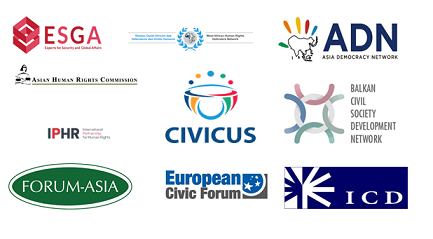 It also highlights the continued use of repressive laws by the authorities against government critics including bloggers, lawyers and the foreign media.

On 11 May 2018, the Attorney-General’s Chambers of Singapore (AGC) charged Wham for “scandalising the judiciary”. He was charged for his Facebook post in April 2018 stating that “Malaysia’s judges are more independent than Singapore’s for cases with political implications.” The charges are the first of their kind under the new Administration of Justice (Protection) Act, which came into effect in October 2017.

Human rights groups had previously raised concerns that the Act could prevent human rights activists from discussing any judicial proceeding, including cases of public interest and be used to punish individuals for criticising the courts or the administration of justice in Singapore, under the guise of protecting the judicial system.

The Act criminalises publications deemed contemptuous in the social media age and Wham faces up to three years in prison and a fine of up to S$100,000 (US$73,400).

Our organisations believe the allegations against Wham highlight the vague and overbroad nature of the law. While international law does not prohibit courts from restricting speech when necessary for the orderly functioning of the judicial system, the UN Human Rights Committee has stated that all public figures are legitimately subject to criticism and political opposition. Further states parties should not prohibit criticism of institutions, such as the army or the administration.

Wham is also facing other charges under the Public Order Act and the Vandalism Act for holding a candlelight vigil in solidarity with the family of a person facing the death penalty. He led a 'silent protest' inside a train on the 30th anniversary of the detention of activists under the draconian Internal Security Act (ISA); and organised an indoor forum that included Hong Kong pro-democracy activist Joshua Wong speaking via Skype.

We call on the Singaporean government to end all criminal proceedings against Wham immediately and unconditionally, amend the Administration of Justice (Protection) Act to ensure the rights to freedom of expression is respected and halt the use of restrictive laws in Singapore to crackdown on dissent.

CIVICUS Monitor, an online tool that tracks threats to civil society in all countries, has rated civic space in Singapore as ‘Obstructed’.