ETHIOPIA: ‘For civil society, 2019 has been a new beginning’

In 2019, the Nobel Peace Prize was awarded to the Prime Minister of Ethiopia, Abiy Ahmed Ali, “for his efforts to achieve peace and international cooperation, and in particular for his decisive initiative to resolve the border conflict with neighbouring Eritrea.” CIVICUS speaks with Bilen Asrat, Executive Director of the Ethiopian Civil Society Organizations Forum (ECSF), about the prospects for democracy in Ethiopia. Established in 2013, the ECSF is a non-partisan, independent and inclusive civil society body comprising various civil society groups, networks and consortiums operating at the federal and regional levels, focusing on the common concerns and challenges faced by civil society in Ethiopia. 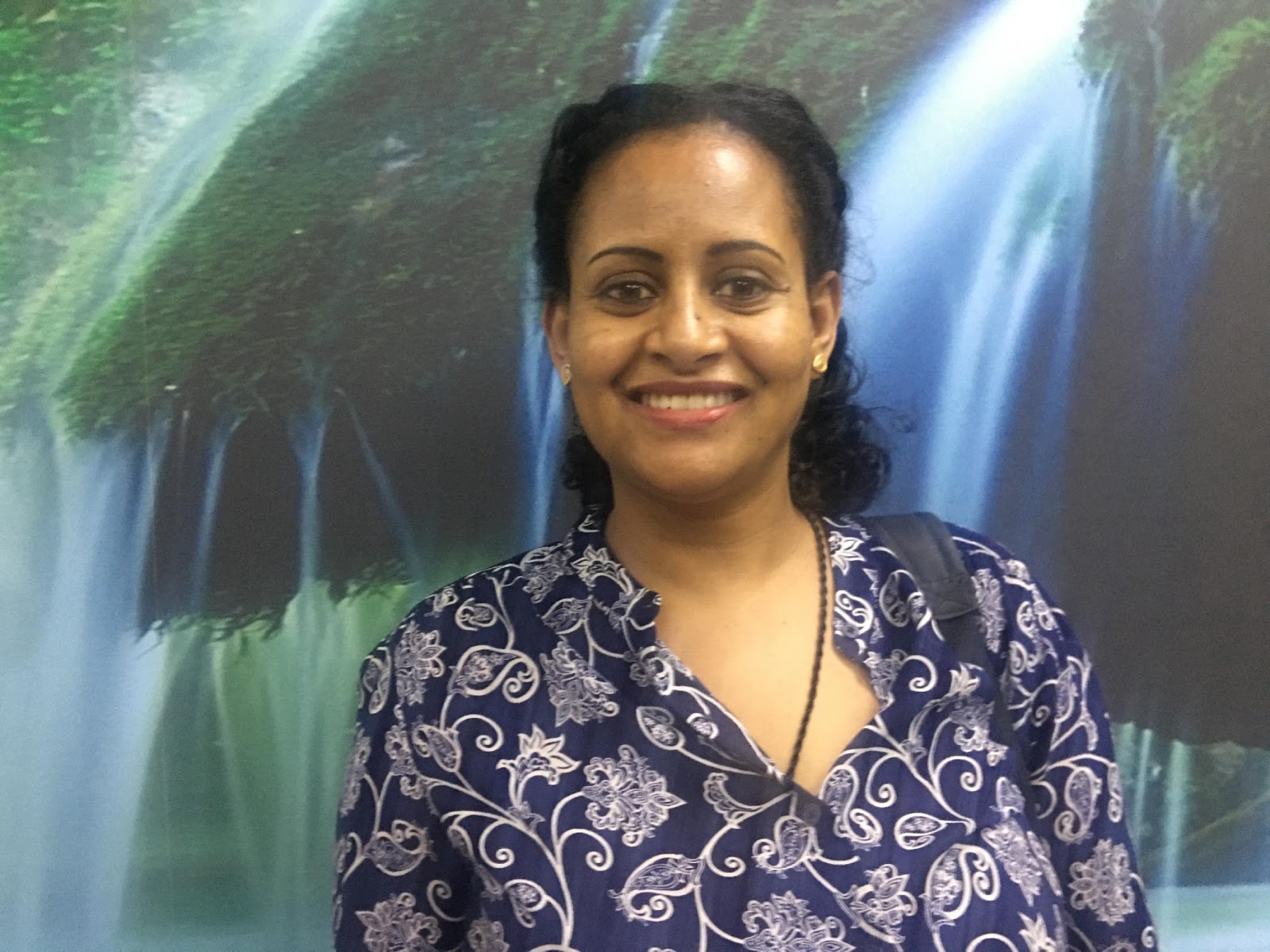 What has been the progress towards democracy in Ethiopia in 2019? Has the space for civil society improved?

During 2019, there have been a lot of changes in the state of democracy and human rights, which has been reflected in a wider space for independent civil society and opposition political parties. Prime Minister Abiy Ahmed was appointed in April 2018 after his predecessor resigned as a result of anti-government protests. Although he was a member of the Ethiopian People’s Revolutionary Democratic Front, the party in power since 1991, Prime Minister Ahmed pledged to reform the authoritarian regime, and repressive terrorism and media laws were repealed. Imprisoned journalists were released and the environment for the media improved. The new government also released political prisoners and legalised opposition parties, some of which had been labelled terrorist organisations and banned. In July 2019, a well-known human rights lawyer was appointed as the head of the Ethiopian Human Rights Commission. Once political change became apparent, a lot of politicians that had been living in exile came back to Ethiopia.

The positive change that started in 2018 has continued. For Ethiopian civil society, 2019 has been a new beginning. In February 2019, the draconian 2009 Charities and Societies Proclamation was amended. This law imposed a lot of restrictions on civil society, especially when working for human rights, democracy and good governance. The new law changed the classification of civil society organisations (CSOs) and only distinguishes between local and international CSOs. It lifted restrictions on funding for CSOs and allowed for the re-entry of international organisations into Ethiopia. The old law stated that organisations receiving more than 10 per cent of their funding from international donors were to be considered foreign international organisations, and could therefore not undertake any human rights-related work in the country.

The scope of action for CSOs has now widened because unlike the old law, the new proclamation does not provide an exhaustive list of the permitted activities of CSOs, so it does not set a limit to the activities that civil society can engage in, except for those that are against criminal law. This is more consistent with the right to the freedom of association, which means that anyone can form an association to pursue any legitimate objectives, without restriction.

The scope of legitimate civil society activities does not include the promotion of LGBTQI+ rights, because this is considered to be against ‘public morals’. Homosexuality is illegal in Ethiopia; it is a crime under the Criminal Code and it is punished with imprisonment. It is also not accepted by the majority of the population, so there is not much of a perspective that the law will change in that regard.

In other words, restrictions do not apply anymore to CSO activities in the areas of human rights and democracy, but the establishment of CSOs to promote the rights of LGBTQI+ people is still not allowed, because they would be promoting an activity that is considered a crime by our Criminal Code.

Was civil society consulted in the process of developing a new law?

Yes, we were consulted. Before the new law was passed, there were several consultations across Ethiopia’s nine regions, and over 1,000 CSOs were engaged in the process. In fact, the initial document for the draft law was produced by civil society itself. We submitted it to the former prime minister and various governmental offices, pointing out the challenges posed by the previous proclamation and recommending specific changes, and eventually it was our recommendations that were turned into law – including for instance the right to appeal against the decisions of the regulatory agency in front of a court of law.

We only have one objection to the new proclamation: we think that the agency that has the mandate to regulate civil society should be accountable to the legislative body, and not to the executive. We expressed this during the consultations, and when the Office of the Attorney General finalised the draft and submitted it to the Council of Ministers, we raised our concerns to parliament. But the government didn’t accept our recommendation and decided to keep the regulatory agency under the executive branch.

How did civil society receive the news that the Prime Minister had been awarded the Nobel Peace Prize?

I think the news was well received. Prime Minister Ahmed got many congratulatory messages from civil society and communities, as the peace processes started to have visible effects both in Ethiopia and in Eritrea. Ethiopian military forces stationed abroad were brought back to the country, laws started changing and hellish prisons where horrible human rights abuses took place were shut down.

I think the Nobel Peace Prize is fulfilling two purposes. First, it is an acknowledgment of the Prime Minister’s contribution to ending the 20-year conflict between the two countries and an encouragement to continue along the peacebuilding path.

Second, the award is an expression of support for the Prime Minister’s project to build a democratic nation, opening up political competition, allowing for the growth of an opposition and a multiparty system, promoting an active civil society, and striving for greater equality. Prime Minister Ahmed has brought women on board: he appointed a cabinet that was 50 per cent female and for the first time a woman was appointed as president of the Supreme Federal Court.

What do you think are the main challenges ahead?

The main challenge is that communities have been unable to exercise their rights and their power for too long, and when all these spaces suddenly open up there is a danger that they will be put at the service of power struggles. Political competition in Ethiopia takes place mostly along ethnic lines, as political parties tend to represent specific ethnic groups, so groups are still competing with each other. Democratisation is moving forward in a context in which conflict persists. There are some states that are still under a state of emergency, experiencing internet blackouts and ethnic clashes. The social situation is also delicate because of the high unemployment and poor economic performance.

What role can society play in overcoming those challenges?

Civil society has a great role to play in bringing democracy to Ethiopia, especially in terms of building peace by establishing dialogue and reaching some form of consensus among religious leaders and local communities. If a certain degree of peace is not achieved internally, democratic elections become impossible. So the first task for civil society to undertake is internal peacebuilding.

Most CSOs are developing these kinds of activities. They are starting to engage, but it’s taking time, because we are still in trauma due to our past experiences. Until very recently civil society was not allowed to work on peacebuilding or reconciliation, and it was a very dangerous thing to do. Over time, most of the experienced people with the right skills for the tasks ahead migrated to the private sector or left the country. This opening is a new phenomenon and to be up to the task we need to reassess the situation, revise our strategic plans, gain new skills and produce training materials.

We are building up our own resilience while trying to engage in these very necessary activities. This is where our allies in international civil society could help us. Ethiopian civil society needs support for capacity building and training, developing advocacy tools and learning about best practices and replicable successful experiences. International organisations could also help us to bring different stakeholders to the discussion and reach a consensus about the democratisation process and the required human rights protections. National elections will be held in August 2020, so we only have a few months to work to ensure elections are a peaceful democratic process.

Would you say the upcoming election will be a key test for the democratisation process?

Yes, because we have not yet had a free and competitive election. Prime Minister Ahmed was appointed by the parliamentary body that resulted from the 2015 election, which was tightly controlled by the ruling party and marred by coercion and intimidation.

In August 2019, parliament – whose current members are all from the ruling coalition – passed a new election law, and opposition parties complained that some of the changes made things more difficult for them and threatened to boycott the election. So the process is by no means without obstacles, and it will be a test for all of us, including for civil society, which needs to work to keep the authorities accountable to the community and make sure that the democratisation process succeeds.

But first and foremost, the election will be a test for the government and the ruling party to keep their promise that if they lose, they will relinquish power. Even before we get to that point, it is already testing their willingness to open up the media space and make sure that fair conditions for competition are met.

Progress is being made in that regard. The Electoral Board now has a new structure and is chaired by a former opposition party leader, a woman, who had been imprisoned and exiled for her political ideology and came back after reforms were initiated.

How hopeful you are about the future?

I believe the best is yet to come. But as civil society, we have a lot of work to do to make it happen. We need to work hard to build a democratic, transparent and accountable system in Ethiopia. We need to keep watching and make sure the government remains committed to protecting democracy and human rights. We need to watch closely and make sure it includes women’s issues in their agendas. We expect these elections to be the most democratic and peaceful that we have ever had, with more female candidates than ever before, and we expect the losing and winning candidates to shake hands and accept the people’s will.

I also think this change has happened because of the sacrifices many people have made. Many people have died for this to happen. Now it’s time to use only our hearts, not weapons, to achieve change. We will not be able to do all of this by ourselves, so we need solidarity and support from regional and international organisations. An authoritarian regime could be held together in isolation, but democracy will need a lot of help to grow and survive.

Civic space in Ethiopia is rated as ‘repressed’ by the CIVICUS Monitor.
Get in touch with the Ethiopian Civil Society Organizations Forum through its website and Facebook page.