As India goes to to the polls, will the people vote against the ‘politics of hate’ 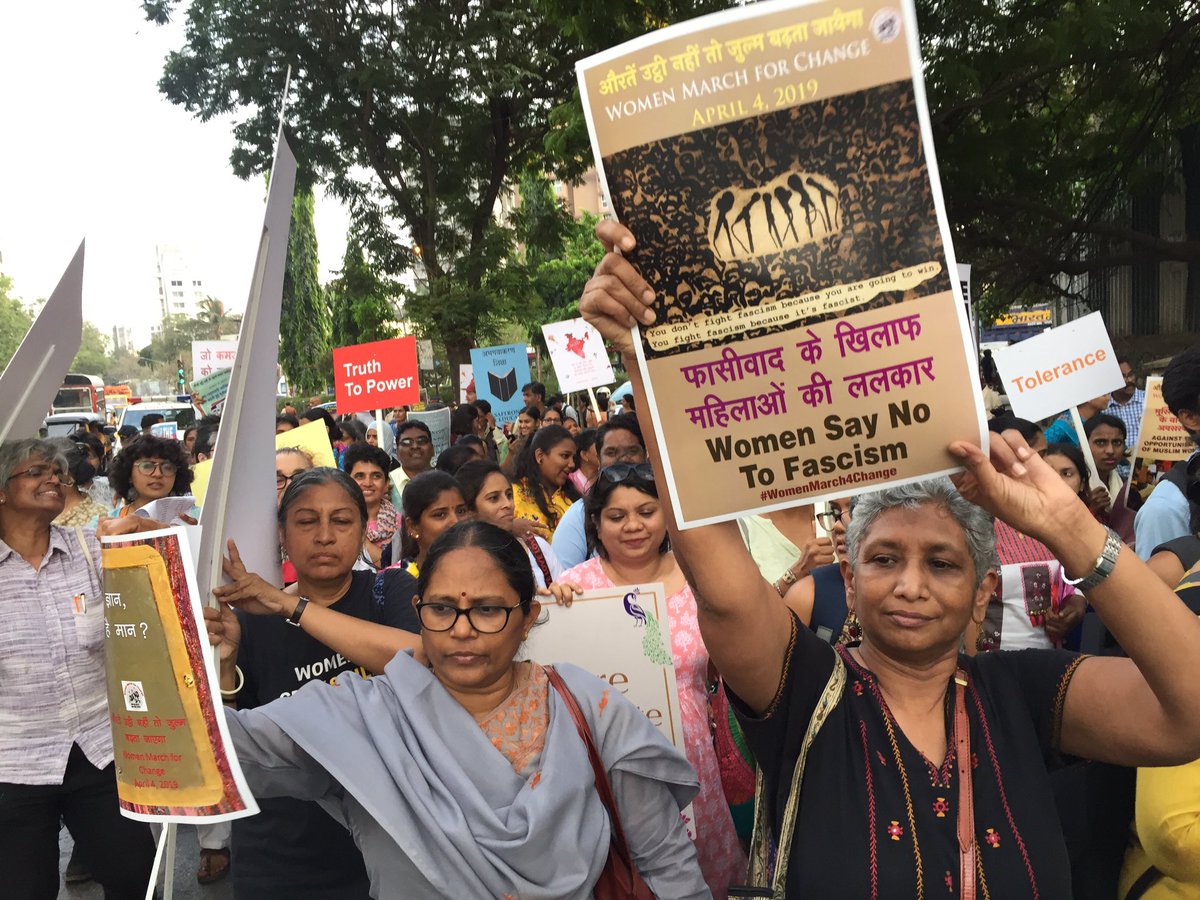 In just under a week, the world’s largest democracy, India, will vote to elect and constitute the 17th Lok Sabha. According to the Election Commission (EC) of India, nearly 900 million voters will be eligible to vote for representatives to the lower house or the Lok Sabha of the bicameral Indian Parliament. Voting will begin on 11th April and be held in seven phases till 19th May, 2019 across 543 constituencies. The EC has also declared 23rd May, 2019 the day of counting and results.

Since 2014, the ruling BJP-led government has strategically worked to suppress excluded groups by encouraging communal groups and fringe elements to polarise the electoral based on religion, caste, ethnicity, language and even food choices. In May 2017, India’s environment ministry called for a nationwide ban on the sale and purchase of cattle for slaughter. Apart from the economic impact of this decision which costed India, in exports, nearly USD 4 billion annually, the social impact was more evident and worrisome. Beef traders and consumers, mostly Muslim, lower caste Hindus and Dalits, have since been frequently attacked and even killed by Hindu vigilante cow protection groups over the past four years, with little to no action against them by the government.

Many members of such vigilante groups have received direct patronage and even endorsements from the Prime Minister on social media platforms like Facebook and Twitter. The recent edition of CIVICUS’s annual State of Civil Society report which was published last month draws attention to this issue and further adds, “excluded groups are being suppressed as part of a conscious strategy to promote a narrow and artificially homogenous official version of national identity.”

Even as opinion polls make the rounds with predictions favouring the BJP, farm productivity has continued to fall and growth in farm income slumped to a 14-year low in 2018. According to sources, “India's ruling Bharatiya Janata Party (BJP), led by Prime Minister Narendra Modi, came to power in 2014 promising economic development, especially for the long-beleaguered farm sector. But its tenure has been unfavorable for many of the country's 100 million farmers who are now reeling from a combination of erratic rainfall, falling commodity prices and government policy missteps.”

On 1 April, 2019, more than 200 writers including Arundhati Roy, Girish Karnad, Nayantara Sahgal, TM Krishna and Romila Thapar, have appealed to the people to “vote against hate politics”. The appeal read: “The upcoming election finds our country at the crossroads.  Our Constitution guarantees all its citizens equal rights, the freedom to eat, pray and live as they choose, freedom of expression and the right to dissent. But in the last few years, we have seen citizens being lynched or assaulted or discriminated against because of their community, caste, gender, or the region they come from. Hate politics has been used to divide the country; create fear; and exclude more and more people from living as full-fledged citizens. Writers, artists, filmmakers, musicians and other cultural practitioners have been hounded, intimidated, and censored. Anyone who questions the powers-that-be is in danger of being harassed or arrested on false and ridiculous charges.” This appeal by the writers comes just days after nearly 100 filmmakers issued a letter asking people to vote BJP out of power.

Civil society has also suffered from the crackdown including targeting of their funding sources under the Foreign Contribution Regulation Act (FCRA). In response, they have consolidated efforts and launch campaigns ahead of the elections. One such campaign is the Mumbai Rises to Save Democracy which consists of about 40 organisations including HRDA who had come together in August, 2018 to condemn the arrests, criminalisation and intimidation of activists and workers across the country after the violence surrounding the Bhima Koregaon case

Elsewhere on 4 April more than 200 women groups from across India came together to march in 20 different states across the country to call on the women of India to vote out the “anti-constitutional and anti-people government.” They said: “It’s important that women collectivise against forces that are fascists and allow only a single narrative to prevail. When only one narrative is allowed to run, the narratives that will fade away are the marginalised.

Even as several sections of society comes together to seek a space for counter narratives and arguments, the government continues it’s vicious attack on religious lines, polarising the vast electoral one state at a time. It is only on the 23rd of May, 2019 that we will find out what the people of India have decided, if they will vote against the politics of hate or not and if the voices of the farmers, unemployed youth, students, excluded groups, marginalised communities, women, Dalits and those living in rural pockets will resonate through the corridors of power, IT industries, silicon hubs and the share market, which, at present, favours the ‘pro-business’ Prime Minister’s every move.