BOTSWANA: ‘Anti-rights groups are emerging in reaction to progressive gains’ 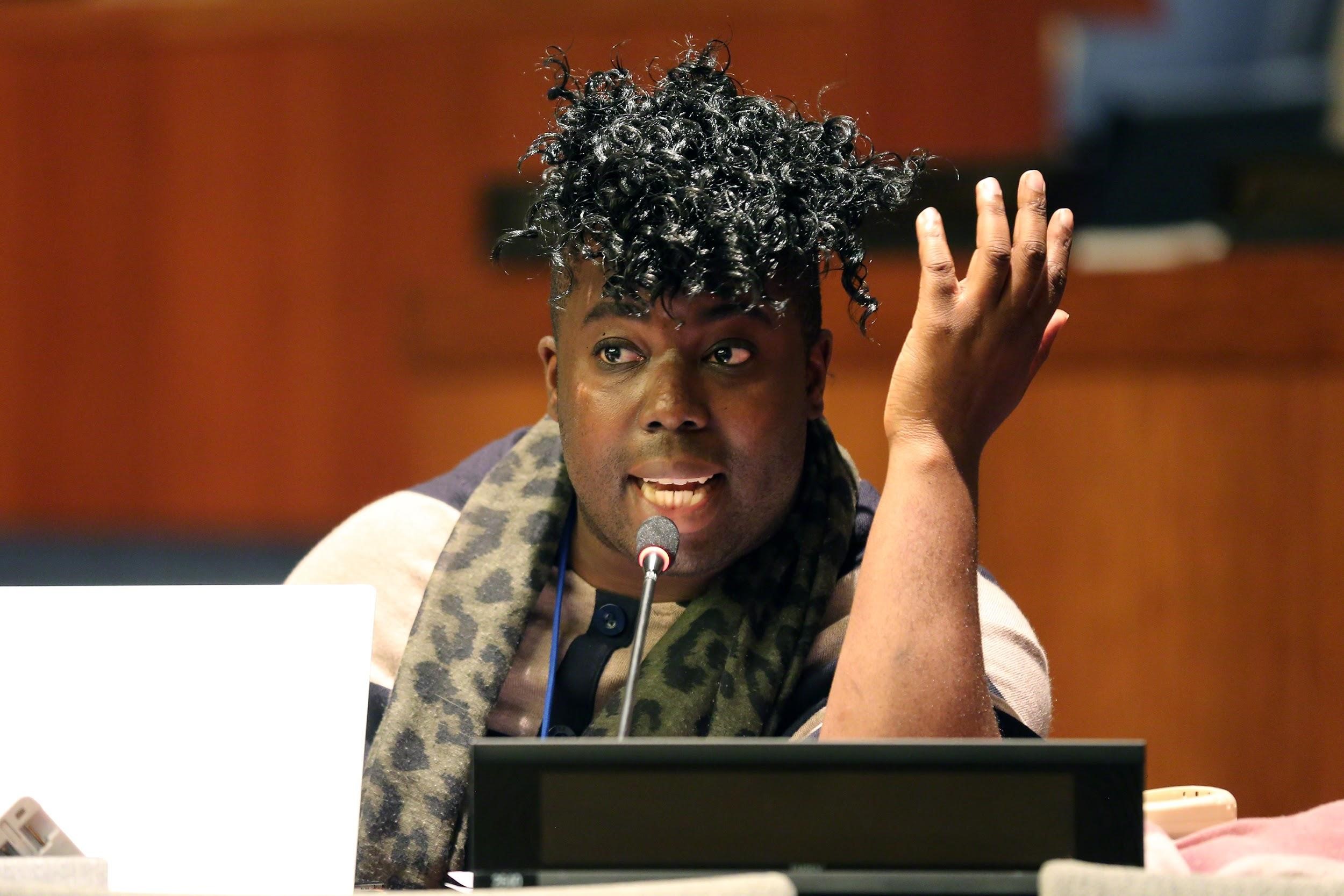 As part of our 2019 thematic report, we are interviewing civil society activists and leaders about their experiences of backlash from anti-rights groups and their strategies to strengthen progressive narratives and civil society responses. CIVICUS speaks to Dumiso Gatsha, a young LGBT rights activist and founder of Success Capital Organisation, a youth-led civil society organisation (CSO) that supports civic action and promotes the rights of LGBTQI people.

How significant was the June 2019 court decision that decriminalised homosexuality in Botswana?

The High Court ruled that colonial-era laws criminalising same-sex relations are unconstitutional. The judges said penalising people for who they are is disrespectful, and the law should not regulate private acts between consenting adults. One of the contested sections of the penal code, Section 164, is about ‘unnatural offences’, defined as “carnal knowledge against the order of nature,” which essentially applied to gay sex, although it was up to the courts to define what unnatural acts meant, and it could theoretically also apply to heterosexual activities seen as ‘unnatural’.

This ruling is very significant on two fronts. The first is that this decision eliminates the risk of persecution altogether. Although the prohibition was not necessarily implemented by law enforcement agencies, it could have been, as it added elements of uncertainty and arbitrary treatment. The second is that it essentially provides an avenue for building protections and safeguards in health, employment, business, governance, service delivery and, more importantly, eliminating systemic stigma and discrimination.

Was civil society in Botswana instrumental in bringing about this decision?

Yes. Civil society, and LGBT civil society more specifically, has been very active since the 1990s. But when I started out there were still few activists that were well known. I came to Botswana in 2012 and there were only one or two notable activists, while now, only seven years later, there are five new LGBT-led organisations. A lot of them work on HIV/AIDS response, because a lot of funding goes to this kind of work.

Litigation for decriminalisation was led by civil society, on behalf of a young gay man. Procedurally, only an individual can bring such a challenge to the courts, not an organisation. The most progressive of recent court cases, in terms of gender marker changes, were led by people. Civil society partnerships helped ensure financial and technical assistance.

However, it is very difficult to bring the rest of the community along with these advances: yes, you achieve decriminalisation, but decriminalisation does not mean protection or mean it will be any easier for people to navigate difficult conversations about sexual orientation and gender identity with family members or educators, or in the workplace.

Has the court decision prompted any backlash against LGBT rights?

I think society is divided, and attitudes may take longer than laws to change. In this context, a new opposition populist party has used this issue as a populist tool. The ruling political party initially said that it would abide by the court decision and it backed non-discrimination. The current president had previously released a statement commemorating 16 days against gender-based violence and spoke about discrimination experienced by people in same-sex relationships. This was the first time a sitting head of state publicly recognised and acknowledged the gay community affirmatively in an African country that criminalised same-sex intercourse. Previous administrations had maintained a position of not persecuting people. In that sense, the state was always perceived as being a bit more progressive than the social majority or the rest of Africa. I think the state has long resorted to silent diplomacy on issues considered ‘progressive’.

What changed after the High Court ruling, and lead to the state deciding to appeal, was that the new opposition party saw an opportunity to use the ruling to seek votes. They blamed the current president for singlehandedly decriminalising same-sex intercourse. Given the intolerance in public opinion, it was an opportunity to appeal to the majority. This turned into a political issue rather than one of rights, particularly because this new political party is backed by a former president. This was the first time ever in Botswana’s living history that LGBT issues were used within an intentionally populist narrative.

This did not happen in isolation. Since the court ruling, religious institutions, mostly evangelical groups, became more vocal in their intolerance of LGBT people. It was surprising to us. We didn’t quite expect this. Public statements were released, including some stating that they would be appealing against the court ruling. They perceived this court ruling as an avenue for same-sex marriage and adoption of children by LGBT people.

Why did this take you by surprise? Weren’t anti-rights groups present in the public sphere before?

Regarding the court case, which took almost two years, evangelical groups and other religious actors remained silent for the most part. They wouldn’t really talk about it. It didn’t seem to be an issue for them at all. They didn’t bother building a whole narrative around or against it. That is why it was surprising that when the court decision was made public, all this opposition materialised. Some churches that had never released public statements on anything are now doing so. It isn’t just evangelical churches, although they have been probably the ones taking the lead. Catholic and Methodist churches have become quite intolerant, and vocally intolerant, as well.

While some civil society actors, including human rights groups, that we thought would be supportive, remained quite passive, anti-human rights groups have been increasingly active, using LGBT rights as a populist tool, by taking advantage of the dynamics regarding ‘immorality’ that prevail among the public – in other words, of the fact that many people are simply anti-LGBT by default, with no critical thinking.

I think that populist anti-rights groups are emerging in reaction to progressive gains. This is the Trump era, with its atmosphere of nationalism and regressive thinking. Regarding women’s sexual and reproductive rights and LGBT rights, US right-wing organisations are exporting their ideas to other parts of the world, including Africa. Fortunately, however, Botswana has historically been a peaceful society where it has not been easy for populist discourse to grow, and we are not seeing the growth of the same political populist narrative that has gained ground in other African countries or, for instance, in Eastern Europe. Botswana’s political landscape does not include extremist parties, either on the left or right. Major parties are all in support of LGBT rights and their leaders are quite progressive. There was an assumption that the negative political use of LGBT issues would work, but it is not clear that it has. However, society itself isn’t very accepting, and religious institutions are indeed perpetuating homophobia and intolerance.

What’s next for LGBT civil society in Botswana, after achieving decriminalisation?

Even if the High Court ruling survives the appeals and any other further legal challenges, a gap will remain. There have been some fragments of civic action aimed at educating people on LGBT issues. There is an urgent need to work on changing the hearts and minds of people. More importantly, there is a lot of work needed in moving LGBT people from surviving to thriving, especially in issues of efficacy, agency and having an influence within their communities. We focus on the individual and their access to rights, because rights are not really effective if they cannot be exercised at key touch points of service delivery, such as in a police station or a clinic. The community needs healing, at individual and collective levels. There has been a lot of pain and harm, even within activism.

What challenges do LGBT civil society face in doing this work, and what kind of support does it need?

A lot of advocacy strategies and narratives are pre-determined and attached to funding. There is a lot of gatekeeping in terms of the narratives that are considered relevant and valid, and therefore granted access to funding and to policy-makers. The main narrative currently appears to be around public health, and it is very difficult for new organisations to establish new narratives and still gain access to funding. If you are not operating under the umbrella of a much larger body, it is difficult to scale up advocacy work. This structure of opportunities has a strong impact on how creative and collaborative civil society can be while remaining sustainable.

I think this has to stop. We need to move towards a community-led narrative. This is how we will get the best results in terms of transforming people’s hearts and minds. In that regard, there is a need to strengthen the intellectual body of knowledge of LGBT communities and decolonise our institutions, because a lot of our conversations are in fact based on Western narratives. We also need to rethink the narratives used for campaigning. The narratives that have been used so far are based on the assumption that the human rights-based approach works, without any reflection on the need to adapt the language in a way that resonates with people and makes issues easier for people to digest.

In sum, I would say it is very important to diversify both the forms of advocacy that are undertaken and the ways that they are being supported.

Civic space in Botswana is rated as ‘narrowed’ by the CIVICUS Monitor.

Get in touch with Success Capital Organisation through their webpage and Facebook profile.