CIVICUS speaks to Caroline Vernaillen, Public Relations and Global Community-Building Officer with Democracy International, a global coalition pushing for more direct democracy as a means to improve our lives and the societies in which we live. Democracy International runs campaigns, organises knowledge-sharing events and supports democracy activists from all over the world. 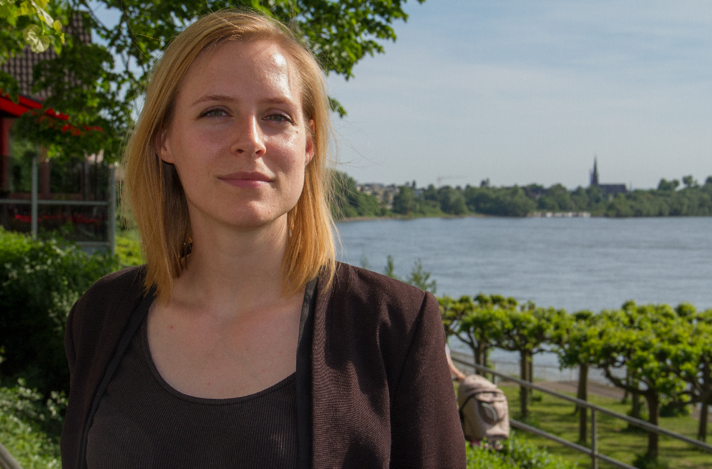 One of the greatest achievements of the UN has been the Universal Declaration of Human Rights, that is, the formulation of the universal and inalienable rights that every person on this planet has. The Universal Declaration sets out the fundamental values of our society: freedom, equality, justice and solidarity – the very pillars of democracy – and of course the right to public participation. It is heart-breaking that these rights are still suppressed in many countries and that they have come under heavy attack again in recent years. We have a lot of work to do to turn them into a reality for every single human being on this planet.

Over the past years, we have seen citizens around the world take to the streets, claiming their democratic rights. The UN has been consistent in speaking up on their behalf, ensuring that their human rights are guaranteed in a world where the space for civil society – civic space – is dramatically shrinking. Millions of young people around the world in recent years have been protesting for more effective measures against climate change. The global Youth for Climate movements have been given a prominent platform at the UN Climate Change Conference (COP25) and even the UN General Assembly, allowing them to present their demands to world leaders directly and address a global audience with increased authority.

In the case of Hong Kong, where citizens have been protesting for their democratic rights since the spring of 2019, the UN Human Rights Council has repeatedly called for restraint and de-escalation. The UN High Commissioner for Human Rights, Michelle Bachelet, has publicly called for an investigation into the widely reported police violence against protesters and has defended the rights of Hong Kong citizens to participate in public affairs and to the freedoms of expression and peaceful assembly.

At the end of the year, the International Criminal Court announced that it would launch an investigation into, among other things, violence by Israeli defence forces against Palestinian protesters in the West Bank and Gaza.

In Syria, the UN General Assembly set up a mechanism to investigate the most serious crimes committed under international law, an investigation that is now operational. These instances send a strong message that the UN is prepared to defend people’s rights to public participation and that those who use violence against citizens will be held accountable.

The UN was set up as an intergovernmental organ, because at its inception the greatest threat to global peace and security were nation states waging war against each other. The world we live in today is very different. From our global financial architecture to conflicts increasingly spurred on by non-state actors to environmental challenges, everything has globalised. However, citizens at the moment do not have a way to influence decisions at the global level that could address these challenges. The UN is still the most important arena where these issues can be tackled, but there is no way for citizens to have direct influence on the issues that are being discussed and decided there. Citizens around the world worry about and feel the consequences of climate change, for example, but they do not get to set the agenda for international decision-making on the subject. They have to rely on the will and initiative of governments to take action, rather than being able to express what their own policy priorities are. This is not a new issue. The democratic deficit at the UN is well documented, and throughout the years many proposals for reform have been made, but few have been implemented.

What are the ongoing civil society initiatives pushing for that kind of change?

Together with our partners at Democracy Without Borders and CIVICUS, and with the support of a growing alliance of already over 100 civil society organisations (CSOs) worldwide, we just launched a campaign for a UN World Citizens’ Initiative, dubbed We the Peoples. The campaign calls for an agenda-setting mechanism that would allow citizens around the world, once they have reached a certain threshold of support, to put issues on the agenda of either the UN General Assembly or the Security Council.

This is not a new idea. Mechanisms like this exist in most democratic countries and there is one transnational example too. The European Union (EU) allows citizens who gather one million signatures of support in at least seven EU member states to propose legislation to the European Commission, which is obligated to respond to the proposal. In its eight years of existence, the European Citizens’ Initiative has already led to changes in water regulation and pesticide regulation in the EU. The tool certainly has flaws as well: for instance, there is no way for citizens to enforce follow-up on their initiative, as the Commission is not obligated to take action. But the European experience shows that tools like this are feasible, and they can work to empower citizens and involve them more in political decision-making, even at the transnational level.

Another civil society initiative is the campaign for a UN Parliamentary Assembly, which advocates for stronger citizen representation at the UN level. This complementary body would allow elected representatives, including from the opposition and minorities, to have a voice at the UN. Currently UN member states are only represented by their executive branch of government.

What challenges do you face in your own interactions with the UN system, and how would it be possible to overcome them?

For CSOs it is quite hard to gain access to the UN system. We have found that individual mandate holders are often very willing to listen and are open to new ideas, but any institutional change is decided by member states. This constitutes a very high hurdle for CSOs, which often only operate in a handful of countries. Gathering up the necessary support from enough member states is an arduous and expensive process that very few CSOs can afford. In addition, there is a lot of institutional inertia at the UN, which works in favour of those governments that wish to keep civil society and citizens away.

It is even more difficult for individual citizens to gain access to UN institutions. Our call for a UN World Citizens’ Initiative would give citizens the framework and the setting to address the UN directly and open into an interaction with them on a scale that has not existed yet in the history of the UN. Even though this is a tool that is not yet in place, organisations and individuals can join the campaign by visiting https://www.worldcitizensinitiative.org to strengthen the citizen and civil society-led solidarity behind the campaign, which, if implemented, will alleviate the UN’s democratic deficit and bolster citizens’ role in the UN. It is time for the UN to be bold again!