#UN75: ‘Commitments to the Women, Peace and Security agenda are going unfulfilled’

CIVICUS speaks to Sally Chin, Head of the New York Office at Oxfam International, a global confederation of 20 affiliates working on humanitarian and development issues with the aim of tackling the root causes of poverty and inequality around the world. Oxfam is present in more than 90 countries and works with thousands of partners, allies and communities to save and protect lives in emergencies, help people rebuild their livelihoods and campaign for genuine, lasting change, with an approach centred on women's rights. In New York, Sally oversees Oxfam's work with the UN. 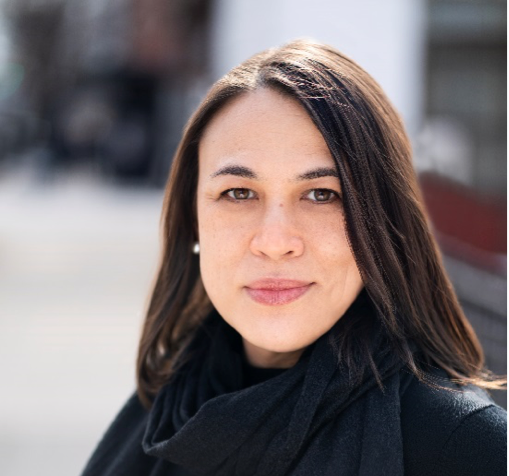 It would be impossible to sum up all of the successes or challenges of the UN in one response given how many issues the UN deals with. Nevertheless, one thing I can say is that one of the biggest successes of the UN in its 75-year history has been the countless lives saved through its humanitarian efforts. At its best, the UN has acted as a place of refuge, a voice that speaks out and defends the rights of all the people whose rights would otherwise be violated or forgotten. When we reflect upon the roots of the UN, the fact that we now have these standards, agreements and norms of how we act and expect others to act is truly remarkable. UN peacekeepers have protected people seeking safety at their bases, and UN humanitarian agencies and their partners have got aid to some of the most difficult to reach locations. Fundamental treaties, resolutions, structures and frameworks have been agreed and created that protect people’s rights and at times allow them to participate in processes that affect them, including the Convention Relating to the Status of Refugees, the Convention on the Elimination of All Forms of Discrimination Against Women and the Human Rights Council with its Special Procedures and Universal Periodic Review, to name a few. The Universal Declaration of Human Rights, and the architecture of the UN system put in place, is one of the key multilateral mechanisms for defending both the full human rights of people worldwide and the civic space for people to exercise the three fundamental rights of association, peaceful assembly and expression.

The UN has also been indispensable in bringing together the world to tackle problems that are bigger than any one member state can handle. One example of this is the climate crisis –this generation's existential threat. Through economic policies that devalue people and planet, we have become our own greatest enemy. To the UN's collective credit, over the course of three decades, countries have established the framework for a global governance regime to address the climate crisis. Now they must match their actions to the scale of the problem. If every nation – led by big polluters and wealthy nations – implemented these already-agreed commitments, we would be able to solve the climate crisis!

And with the inclusion of Goal 10 in the Sustainable Development Goals (SDGs), inequality has been officially recognised as a constraint to development and poverty eradication and an intergovernmental space has been created for countries to make voluntary commitments and track progress on ending inequality at home and globally. However, a binding system and institutional mechanisms overseeing Goal 10's implementation is still lacking.

In addition, in recent years both the UN Secretariat and some UN Security Council (UNSC) member states have  been introducing promising reforms and ways of working. One example would be the advances made by the UN in achieving some levels of gender parity in the Secretariat. Although on that note, we still have not yet seen a female UN Secretary-General and hopefully we will not have to wait another 75 years to have a feminist woman as Secretary-General.

Another positive trend is the increasing number of civil society activists from around the world that have been able to brief the UNSC. The UNSC’s Resolution 2242 on Women, Peace and Security, adopted in 2015, “expresses its intention to invite civil society, including women’s organizations, to brief the Council in country-specific considerations and relevant thematic areas…”. According to data gathered by the NGO Working Group on Women Peace and Security, in 2015 only 16 civil society members briefed the Council, but by 2019, that number had grown to 53.

As we know, the UN is only as successful as its member states, collectively, want it and allow it to be. And herein we see many of the challenges and the flaws. Here are just a few.

First, globally we are seeing a terrifying rollback of women’s rights, attacks on women human rights defenders and a shrinking of civic space. This is happening at a national level – where we see decreasing compliance with international human rights law – as well as at a global UN level. Member states with regressive agendas are using any opportunity they can find to chip away at long-established norms regarding rights. An example of this was at the negotiations in April 2019 around UNSC Resolution 2467 on conflict-related sexual violence, when the Council stripped all language on sexual and reproductive health rights from the final text, including previously agreed language. And 25 years since the adoption of the Beijing Declaration and Platform for Action, and 20 years on from the adoption of UNSC Resolution 1325, commitments to the Women, Peace and Security (WPS) agenda and gender equality more broadly are going unfulfilled. Gender advisors are being cut from UN missions, women’s rights and women-led organisations in conflict and fragile states are not getting enough funding, and gender mainstreaming efforts are slow.

As civic space is shrinking around the world, it is also being challenged at the UN – indeed, even the importance of multilateralism is being challenged – with key human rights mechanisms being defunded, civil society access to the UN being blocked through visa denials, and the people affected by conflict not being consistently included in the processes that impact them.

Another challenge is that while the UN and its partners may be saving lives, the current humanitarian system is overstretched, outdated and not yet able to respond adequately to all the growing need. Leadership and resources for humanitarian response need to be decentralised, with more power and funding given to the local organisations that are often the first to respond, and humanitarian action needs to be gender transformative. The whole system will need to rise up to all the challenges ahead, including the humanitarian dimension of the climate crisis.

Unfortunately, it’s not just the humanitarian aid system that is in trouble. Funding for climate and the SDGs is off-track too. Currently there is an outsized reliance on the business sector for delivering the SDGs, when what we need is more action by member states themselves.

A major additional challenge is that the UNSC, which is tasked with maintaining international peace and security, is blocked and paralysed due to its members’ own geopolitical fights. When wars are not prevented or resolved, humanitarian need only grows. Combine this with humanitarian need driven by natural hazards and other causes: according to the UN Office for the Coordination of Humanitarian Affairs, in 2020 167.6 million people – about 1 in 45 of the world’s population – will be in need of humanitarian aid and protection. It appears that there is now little that the UNSC can find agreement on. And as it fails to address crises, warring parties also fail to uphold their responsibilities; we see decreasing compliance with international humanitarian and international human rights law, with harrowing impacts. In too many conflicts we are seeing civilian populations, their organisations and infrastructure, as well as humanitarian aid workers, being targeted. And when the parties at war are supported by the member states on the UNSC or indeed are the member states themselves, where is the accountability and incentive to action?

Some kind of change at the UNSC is clearly needed. In the first instance, the five permanent members could voluntarily agree to not use their veto in the face of mass atrocities. This then should be followed by serious efforts to make the UNSC fit for purpose in the 21st century. Or how about asking incoming elected UNSC members to commit to adopting a feminist foreign policy – with the rest of the existing Council following suit?

For his part, the UN Secretary-General should take more advantage of his Article 99 powers under the UN Charter to ensure the Council discusses topics it would rather ignore. He must also ensure the implementation of the UN’s own Human Rights up Front approach, speaking out strongly against injustice and violations when they occur.

Do you know of any civil society initiative pushing for that kind of change?

While we must of course celebrate the successes of the UN this year on its 75th anniversary, as civil society we are most focused on working to both advance a rights agenda as well as defend against the attacks on this work that we increasingly see at the UN headquarters level and globally. Working together in alliance has been one of the most effective ways to do this. One important example of this coalition work is the 19 international non-governmental organisations that have been working together in New York as the NGO Working Group on WPS to advocate collectively for better implementation of the WPS agenda.

Other examples include the Charter for Change (C4C) network, the Network for Empowered Aid Response (NEAR) and the Global Refugee-Led Network (GRN), which are all civil society initiatives pushing for reforms within their member organisations and the humanitarian system to enable more locally-led responses. These three networks work to ensure that the perspective and direct representation of crisis-affected communities and their organisations are part of decision-making processes.