CIVICUS speaks to Angie Pankhania, Acting Executive Director of the United Nations Association – UK (UNA-UK). Founded in 1945, UNA-UK is devoted to building support, both political and financial, for the United Nations among policy-makers, opinion-formers and the public. Its actions are based on the belief that a strong, credible and effective UN is essential to build a safer, fairer and more sustainable world. 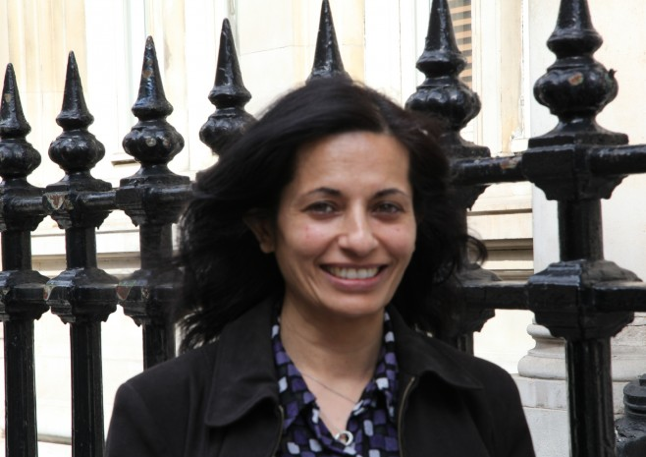 The UN was set up primarily to prevent another world war. This, by far, is the UN’s biggest success in its 75-year history and in doing so the UN has saved millions of lives, and also helped humanity progress in so many other ways, such as by fostering technical advancement it has achieved economic prosperity and advances in health in addition to reducing world poverty and preserving everyone’s basic human rights.

Beyond that, the UN makes positive differences every day, from the UN Mine Action Services clearing thousands of landmines every year to the dozens of war criminals who have been brought to justice through UN processes – including, in 2019, Congolese warlord Bosco Ntaganda – to the thousands of people the UN feeds and houses every day, and the most important – but least measurable –  work of providing a forum for the nations of the world to resolve their differences diplomatically rather than resorting to wars.

At a time of global uncertainty, the UN is needed now more than ever. Public support for the UN is vital if our ambitions for a better, more sustainable and fairer world are to be realised. The UN must do all it can to protect civil society space, both inside and outside the UN. Determined work here will not only help strengthen public understanding and support for the UN but also motivate individuals, society and businesses to play their part to help us collectively take action to avert global challenges such as climate crisis, protection of everyone’s human rights, end poverty and hold our world leaders to account. For these reasons, the UN cannot afford to miss opportunities to strengthen engagement with civil society.

There are several civil society initiatives focused on strengthening citizen engagement. Among them is Together First, a campaign led by a coalition of over 150 civil society organisations, launched in 2018. It is a fast-growing movement of global citizens, experts, practitioners, civil society activists and business leaders from all regions of the world. The campaign calls for ideas on global governance reform and brings new voices to the decision-making table. Those ideas that offer the most promising realistic and implementable solutions will be taken forward with the hope of transforming how the world reacts to global challenges. UNA-UK provides the secretariat for Together First.

What challenges have you faced in your own interactions with the UN system, and how did you overcome them?

The main challenge is always that the UN is a collection of individuals representing member states, and some of those states don't always have the greater good at the heart of their actions. This is often the bottleneck when it comes to solving some of the world’s problems and it is important to bear this in mind when communicating why the UN can sometimes be seen to underperform. The famous US ambassador Richard Holbrooke once said that blaming the UN itself when it fails is like blaming the stadium when a sports team loses.

As for the staff who keep the organisation running: we generally find them to be hardworking, diligent and idealistic – doing wonderful work, day after day, despite near-impossible demands and woefully insufficient resources. But of course, it's not without its frustrations. We've come across situations such as parts of the UN contacting us because they want to get in touch with other parts of the UN and don't know how, or UN staff acting in an entitled manner. And of course, in our campaigning work we've come across very serious issues, particularly the problem of sexual exploitation and abuse by UN peacekeepers, which is the subject of our ongoing Mission Justice campaign.

These issues cannot be downplayed, but nor must they obscure the good work that the UN does, particularly at a time when multilateralism is very much under threat as a result of the dissemination of a sceptical political culture. But as a critical friend to the UN, we feel that the best way we can help the UN is not to sweep these issues under the carpet, but to help them resolve the underlying problems. We do feel that the UN needs to change – in its recruitment processes, in its accountability mechanisms, in its diversity, in how it measures and rewards success and above all in how it involves civil society. Our Together First Campaign aims to take forward ideas that offer the most promising realistic and implementable solutions for change with the hope of transforming how the world reacts to global challenges.