#UN75: ‘There is often a lack of transparency on how civil society’s inputs are reflected in UN work’

CIVICUS speaks to John Romano, Coordinator of the Transparency, Accountability and Participation (TAP) Network, a broad network of civil society organisations that works to ensure that open, inclusive, accountable and effective governance and peaceful societies are at the heart of the 2030 Agenda for Sustainable Development, and that civil society actors are recognised and mobilised as indispensable partners in the design, implementation of and accountability for sustainable development policies. The TAP Network engages specifically around Goal 16 of the Sustainable Development Goals (SDGs), which seeks to “promote peaceful and inclusive societies for sustainable development, provide access to justice for all and build effective, accountable and inclusive institutions at all levels.” 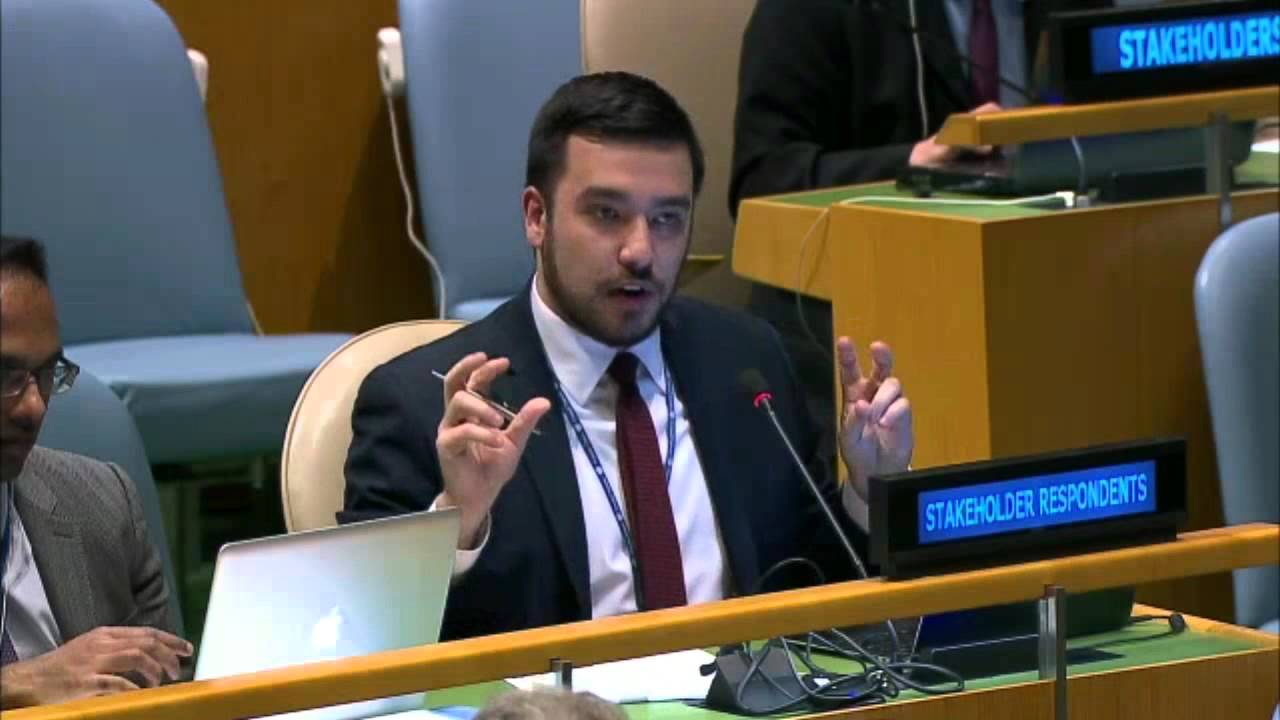 Overall, I think that the UN has remained a steady, positive influence on maintaining a relative state of peace around the world since its inception, and it provides for a useful venue for addressing international issues in a concerted way. In many ways, the UN has succeeded in its first objective of saving succeeding generations from the scourge of war, and objectively I think it has played an influential role in this achievement to date.

The establishment of the Universal Declaration of Human Rights was also another crowning achievement of the UN, as well as the SDGs and the 2030 Agenda.

The meeting of the UN’s High Level Political Forum (HLPF) on Sustainable Development, which was held in July 2019 under the theme ‘Empowering people and ensuring inclusiveness and equality’, and included an in-depth review of SDG 16, and the SDG Summit, held in September, were two highlights of 2019. They helped to mobilise a wide range of stakeholders to explore ways to help advance the SDGs on a scale that hadn’t been seen since the adoption of the 2030 Agenda in 2015.

There are many things the UN can do better, and in many ways this is no fault of the UN itself, but instead represents a failure of its member states and reflects on the state of multilateralism today. The UN is often very good at being responsive to crises and big international issues that represent immediate threats faced by the international community. However, it severely lacks more proactive and preventative measures to help make sure that efforts are being made to ensure that some of these crises or issues do not arise in the first place.

There are also many governance-related issues that the UN should tackle to improve its effectiveness in ensuring that international issues are addressed in ways that prevent conflicts of interest, and shield decisions from being co-opted due to an imbalance of decision-making structures or representation.

I’ve only noted two initiatives focused on issues around multilateralism and pushing for that kind of change lately: the UN2020 Initiative, a civil society coalition calling for government leaders and civil society to come together on occasion of the UN’s 75th anniversary and work to come up with concrete proposals to revitalise the organisation, and the Alliance for Multilateralism, a government-led network seeking to strengthen a rules-based multilateral order that has the UN at its centre. Launched by the French and German foreign ministers, this informal network seeks “to protect and preserve international norms, agreements and institutions that are under pressure or in peril; to pursue a more proactive agenda in policy areas that lack effective governance and where new challenges require collective action; and to advance reforms, without compromising on key principles and values, in order to make multilateral institutions and the global political and economic order more inclusive and effective in delivering tangible results to citizens around the world.”

What challenges have you faced in your own interactions with the UN system, and how did you manage them?

There are many challenges related to how inclusive the UN itself is to the engagement of civil society and citizens. Currently, participation in UN processes is extremely limited throughout many important processes that civil society engages with, including around the SDGs. Entry points into many processes are scarce, but when opportunities for engagement arise, there is often an overall lack of transparency and clarity on how civil society’s inputs and engagement are reflected in the work of the UN and different processes. This can be very frustrating for many groups that work around the UN, and often getting any inputs reflected depends entirely on who you know, which inherently presents a bias towards larger organisations. The resulting lack of diversity sometimes also prevents new ideas from being injected into these spaces.

We have found ways to work around this by partnering with governments and UN missions, to have them champion our ideas, bringing them as their inputs into various processes. Given that the UN is responsive to its member states, finding governments to push your points and issues is a way to help ensure that these inputs are taken up. However, this type of engagement really is often limited to larger organisations that have the capacity to engage with UN missions, and particularly those that are based in New York. This in itself presents a clear bias in terms of who can engage and does not allow for a more broad and inclusive set of actors to contribute.