AFGHANISTAN: ‘The international response has been extremely weak and shameful’

CIVICUS speaks with activist Arzak Khan, about the situation in Afghanistan following the takeover by the Taliban. Arzak is a digital rights expert with extensive experience in the use of innovation to influence social change and he has been working to assist Afghan human rights defenders. While some activists, journalists and others who were at risk of reprisals from the Taliban because of their work were able to leave the country, many others have not been able to and have gone into hiding. There have been reports of activists facing systematic intimidation. Afghanistan is currently on the CIVICUS Monitor Watchlist of countries experiencing a rapid decline in civic freedoms 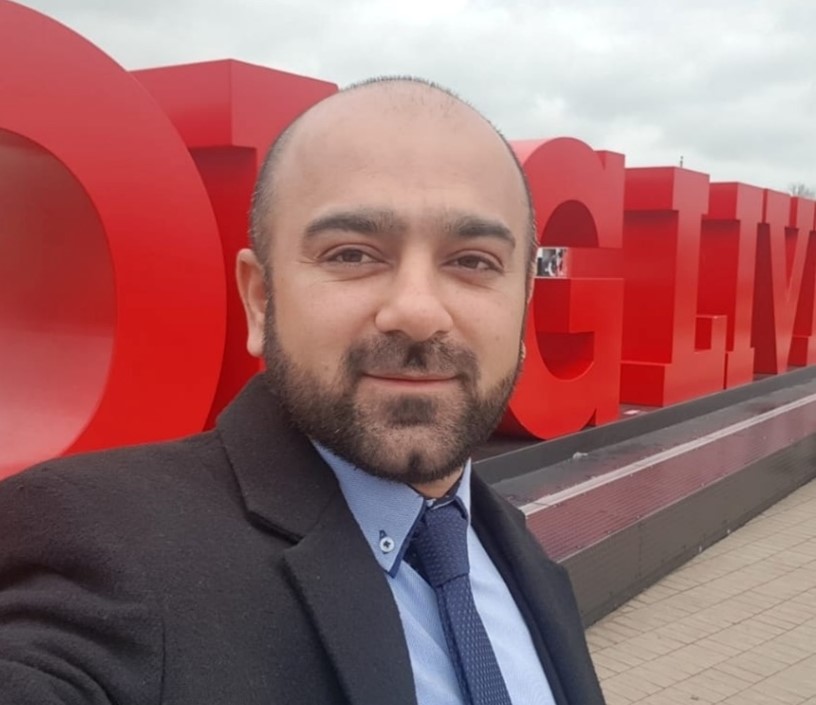 What is the situation in Afghanistan following the Taliban takeover?

On 15 August 2021, the Taliban entered the Afghan capital of Kabul, completing a rapid takeover with a speed that surprised many Afghans and the country’s neighbours. Following the fall of Kabul, the situation in the country has been uncertain. Prices for basic food items are increasing, people are becoming jobless, single mothers have been made redundant from jobs and a lot of uncertainty exists over girls’ education.

Already a number of cases of human rights violations have been reported, and brutal crackdowns on protests and the women’s movement are taking place. The excessive use of force and arbitrary arrests by Taliban security forces as they crack down on protests have been highlighted by both traditional and social media since the fall of Kabul. It is important to remember that when the Taliban last ruled in the 1990s, women had to cover themselves fully, from head to toe, and were not allowed to walk outside without being escorted by a male family member.

Afghan women have now realised that those dark days are not behind and are taking to the streets to advocate for women’s rights and demand equality, justice and democracy. The Taliban have fired teargas and used batons to break up their protests. Journalists who have covered protests have been jailed and tortured. Such actions highlight the rapidly deteriorating state of civic freedoms and the need to ensure that civic space is defended at all costs.

What kinds of risks do civil society activists and organisations currently face?

In their first news conference after taking charge of Kabul in August 2021, the Taliban promised women’s rights, media freedom and amnesty for former government officials. However, there is a high degree of hostility towards activists and civil society organisations (CSOs), and Taliban security forces on the ground have often accused them of spying for foreign governments.

The more radical parts of the Taliban feel that because CSOs and activists cooperated with parties to the conflict, they are legitimate targets and should be punished for their role. CSO offices have been raided; all records, equipment and fixtures have been taken away. Many activists fear for their lives as the regime targets people from CSOs that have been vocal on important issues, such as women’s rights, LGBTQI+ rights and human rights in general.

Due to increased threats against human rights defenders and activists, many have gone into hiding or are trying to flee the county. Even if the Taliban regime chooses not to target CSOs, activists and human rights defenders, it remains to be seen if they can provide a secure environment and prevent attacks from other actors, such as Islamic State-Khorasan – the local branch of the Islamic State group in Afghanistan – and other rogue elements.

Are journalists currently able to report on the situation on the ground?

To be honest, press freedom does not exist in Afghanistan any more. Absolute disregard for press and media freedoms is visible in the violent retaliation against journalists and media workers covering the recent protests. Images of the arrest and brutal flogging of two reporters who were detained while covering a women’s rights demonstration in Kabul is just once such incident that has been publicised globally. The senior Taliban leadership claims that journalists are not being attacked or tortured, but there’s a big difference between the Taliban on the media, who are more moderate and articulate, and the Taliban in the streets, who are uneducated, trigger happy and outright violent. Journalists and media outlets are unable to report the situation on the ground due to mounting pressure from local Taliban militias. Many journalists have been threatened with images of beheading to stop them reporting atrocities on ground.

How have you been supporting civil society and activists?

The stunningly swift collapse of the Afghan state created a situation of panic even for someone who has been closely monitoring the political developments in the country. Given the rapid response that was needed, I was able to quickly assess the situation on the ground and mobilise our partners to support Afghan activists, journalists and advocates for women’s rights to identify escape routes and lobby for securing visas, flights, or any kind of way out of Afghanistan to safe locations.

Everything had to be done swiftly as there was high risk that these individuals and their families might be targeted by the Taliban because of their affiliation with international organisations. Assistance for healthcare, including mental health support to overcome trauma and terror, especially for women and children, had to be arranged for people escaping the regime.

What do you think of the response by the international community so far?

Despite urgent warnings from activists and civil society groups about the risks that human rights defenders, activists, marginalised communities and women would face under the Taliban, the international response to support our work has been extremely weak and shameful. It seems that states that over the past two decades played a critical role that led to civil society gains are now ready to sacrifice the blood and sweat of the people who worked to bring change to Afghanistan.

On 7 October 2021, the United Nations (UN) Human Rights Council adopted a resolution to create a Special Rapporteur on Afghanistan. The resolution fell short of civil society demands for the establishment of an international monitoring and accountability mechanism. It is crucial that UN member states support the adoption of a resolution to create an independent investigative mechanism on Afghanistan as a matter of priority, that they support civic space freedoms and ensure that CSOs and activists are allowed to operate without fear of torture or death, and that the Taliban regime is held accountable for its actions.

Civic space has been under attack in the South Asia region, and in Afghanistan it has become violent. To counter this trend, transnational actors that support civil society need to respond in a multi-dimensional manner. Unfortunately, the international response since the fall of Kabul seems stuck: some useful efforts have been undertaken, but they appear too limited, loosely focused and reactive rather than strategic and long-term.

The international community and donor agencies should exert diplomatic pressure on the Taliban regime so it commits to protecting civic space in line with international human rights norms. They should establish emergency funds for persecuted rights activists and organisations and offer operational support to CSOs. Funders should also continue to expand flexible funding strategies to overcome legal barriers and help CSOs operate in hostile environments, working with intermediaries that can reach a wider range of partners and reducing grantees’ administrative burdens.

For now, the future looks very uncertain. How the Taliban regime will react in the coming months is the million-dollar question. Between hope and hopelessness, I wish that peace can prevail, and that the international community does not turn its back on the people of Afghanistan, who have been victims of global powers’ regional dominance.