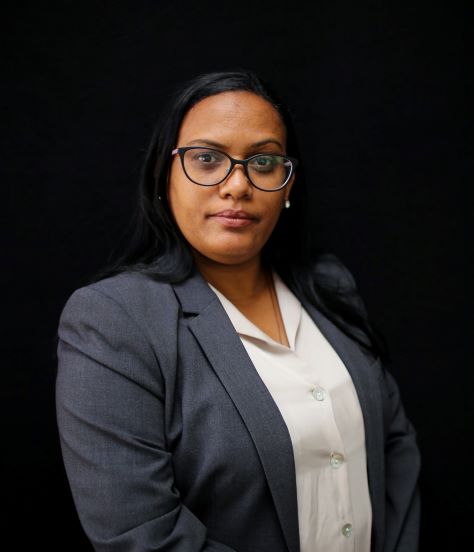 Dunia Mekonnen Tegegn is a human rights lawyer and Penn Kemble Fellow at the National Endowment for Democracy. She has also been working with the American Bar Association’s Center for Human Rights. Her previous roles have included working with Amnesty International USA, the Collaboration on International ICT Policy in East and Southern Africa (CIPESA), United Nations High Commissioner for Human Rghts' Eastern Africa Regional Office (OHCHR EARO), and the United Nations Agency for Gender Equality and Women’s Empowerment, among others.

Authorities in Uganda have suspended more than 50 civic groups for allegedly not complying with regulations. This move, which targets organisations ranging from rights watchdogs to women’s groups, impacts hundreds of thousands of people who directly benefit from the organisations’ activities.

The closure is part of a larger trend in the country. Earlier this year, the President also suspended the Democratic Governance Facility (DGF), which is a multi-million dollar fund which assists local organisations that focus on democracy, human rights and good governance.

In 2019, the authorities banned the Citizens’ Coalition for Electoral Democracy in Uganda (CCEDU), an election monitoring coalition. In January 2021, the authorities also banned National Elections Watch – Uganda, a coalition of local organisations, from monitoring national elections. On Election Day, the police arrested more than 20 people working with Citizens Watch-IT and the Women’s Democracy Network for running a “parallel vote tallying center.” CCEDU and Citizens Watch-IT are among the groups whose activities have been banned by the NGO Bureau.

For Chapter 4 Uganda, the recent closures are allegedly political in nature and related to their work demanding accountability for human rights violations during the past election. Another affected organisation is AFIEGO, which has been involved in the promotion of rights of people affected by the crude oil development project. Together with other charities, they have been campaigning against the proposed East Africa Crude Oil Pipeline (EACOP) project, citing potential impact on the climate.

A number of women’s organisations were also affected in the recent suspensions, including Support Girl Child Uganda, Foundation for Women Empowerment, Kwataniza Women’s Organisation and Twimukye Women’s Organisation. All were suspended for operating without a valid permit.

The guideline of the African Commission on Human and People’s Rights on Freedom of Assembly and Association under article 11 states that "states shall not oblige associations to register in order to be permitted to exist and to function freely and that informal associations shall not be penalised or criminalised under the law or in practice on the basis of their lack of formal status.”

The Special Rapporteur is of the opinion that a “notification procedure”, rather than a “prior authorisation procedure” that requests the approval of the authorities to establish an association as a legal entity, complies better with international human rights law and should be implemented by states. Under this notification procedure, associations are automatically granted legal status as soon as the authorities are notified by the founders that an organisation was created. In most countries, such notification is made through a written statement containing a number of elements of information clearly defined in the law, but this is not a precondition for the existence of an association. It is rather a submission through which the administration records the establishment of the said association.

Such a notification procedure is in force in countries such as Côte d'Ivoire, Djibouti, Morocco, Portugal, Senegal, Switzerland and Uruguay. Under both notification and prior authorisation regimes, registration bodies must be bound to act immediately, and laws should set short time limits to respond to submissions and applications respectively.

The Special Rapporteur echoes a ruling of the 1European Court which provided that “significant delays in the registration procedure, if attributable to the Ministry of Justice, amounts to an interference with the exercise of the right of the association’s founders to freedom of association.” During this period, associations should be presumed to be operating legally until it is proven otherwise.

In closing, the suspension of these civil society groups breaks international law. It further contributes to the squeezing of the CSO space in Uganda accompanied by the pervasive targeting of human rights defenders. The suspension also has implications on advocacy work around women’s rights and empowerment. For organisations such as CCEDU, the suspension cuts substantial work on electoral democracy including political accountability, and voter education. The recent crackdown on civil society work should be understood in this broader context to appreciate the trends thus far and design strategies on the way forward.