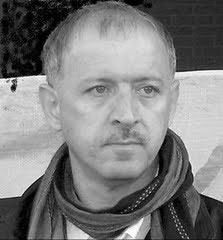 Ameer Makhoul, prominent Palestinian human rights activist and Director of the Palestinian NGO, Ittijah: Union of Arab Community-Based Associations, was arrested at his home on 6 May 2010 and later charged with “assistance to the enemy in a time of war,” “aggravated espionage” and “contact with a foreign agent.” The charges however are widely considered politically motivated.

Mr Makhoul was sentenced to nine years in prison on 30 January 2011 with an additional one year suspended sentence by the Haifa District Court and has been serving his term at the Israeli Prison in Gilboa.

On 6 May 2010, Ameer Makhoul, was arrested at 3:00 am by Israeli Shin Bet security forces.  At the time of his arrest, the Shin Bet forces confiscated documents, personal family mobile phones, laptops and hard drives from desktop computers from his home. The same evening the Ittijah office was raided and ransacked, culminating in the confiscation of documents and computers.

Mr Makhoul was detained incommunicado for 12 days following his arrest where he was initially given no explanation of the charges against him and was denied access to a lawyer. On 17 May 2010, the Petah Tikvah Magistrate Court extended Mr Makhoul’s detention for three days. This court hearing was the first time that Ameer was granted access to his lawyers.

Following his arrest and until 27 May 2010, a sweeping gag was issued in the form of a court order prohibiting any media outlet, civil society group or individual from publishing any piece of information related to the case.  Moreover, the court instructed all outlets that had already published information about the case to immediately retract such information.

In the lead up to his arrest, Mr Makhoul was prevented by the authorities from leaving the country for a conference in Jordan and was handed a two-month travel ban under Article 6 of the Emergency Regulations (Foreign Travel) of 1948.  The travel ban was imposed by the Israeli Ministry of the Interior, Eli Yishai, who claimed that "the exit of Ameer Makhoul from the country posed a serious threat to the security of the state."

In October 2010, Mr Makhoul entered a plea bargain in which he conceded that he had “contacted a foreign agent and conspired to assist an enemy [Hezbollah] in a time of war.”  As a result of the plea bargain the more serious charge of “assisting an enemy in war”, which carried a life sentence, was withdrawn by the prosecution

Ittijah - The Union of Arab Community-Based Associations is a network of Palestinian NGOs which promotes Palestinian Arab civil society and advocates political, economic and social change for Palestinians who are denied access to infrastructure and services due to discriminatory practices and policies of the Israeli government. Ittijah is also a member of the Affinity Group of National Associations (AGNA) which is facilitated by CIVICUS: World Alliance for Citizen Participation.

Send a postcard to Ameer Makhoul, expressing your support