27 January 2014. CIVICUS: World Alliance for Citizen Participation, Civil Rights Defenders and the Azerbaijan Civil Society Defense Committee, a coalition of 42 Azerbaijani civil society organizations, are appealing to Azerbaijan’s President not to sign into law a number of restrictive amendments to the NGO Act passed by Parliament on 17 December 2013 to control the activities of NGOs. The Bill is currently in the President’s Office and likely to be approved at any moment. 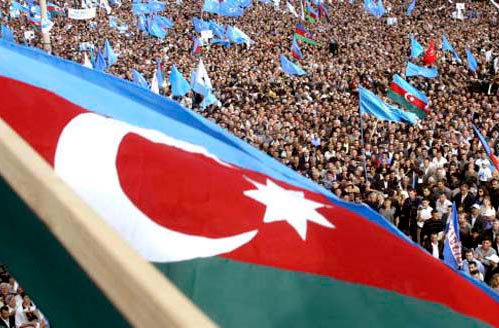 The amendments subject NGOs to increased bureaucratic controls through requirements to re-register every three months with the Ministry of Justice, creating increased uncertainty for the sector. Furthermore, the amendments impose enhanced fines ranging between 2500-3000 AZN (approximately 3190 – 3830 USD) on NGOs and between 1000-2000 AZN (approximately 1280 – 2560 USD) on the leadership of NGOs for failing to submit information or for submitting “false information.” The amendments also state that if NGOs are served notices for infringing any legislative requirements more than twice in a year, they may be shut down at the discretion of the courts.

Civil society groups are extremely anxious that the new amendments will provide Azeri authorities enhanced powers to arbitrarily fine, deny registration to and close down organisations that speak out against government actions. They point to similar tactics being used to indefinitely suspend the activities and the registration of Human Rights House Azerbaijan – a local affiliate of the international Human Rights Foundation - on 10 March 2011 for being in alleged violation of the 2009 Law on NGOs.

In the same vein, human rights and advocacy-based civil society organisations like the Human Rights Club and the Elections Monitoring and Democracy Studies Centre have been denied permission to register despite repeated attempts by these organisations to complete their registration.

The existing amendments come on top of changes to the NGO Law in March 2013 imposing arduous administrative requirements for receiving funds from international donors. The amendments were opposed by CIVICUS in a statement issued in September 2013 which called on the government of Azerbaijan to repeal such restrictive amendments to the country’s legal framework for civil society organisations.

The above-mentioned civil society organisations are extremely concerned about the attempt to further restrict the work of NGOs and subject them to government control. They urge President Ilham Aliyev not to approve the recent amendments.