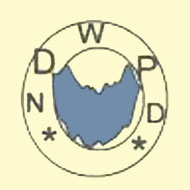 The forum was conceived as a one day capacity building workshop and engagement forum for citizens from the Niger Delta communities, multinationals companies, local governments and civil society organisations. Its ambition was to provide an opportunity for reflection on the roles and responsibilities that several economic and social groups play in the Niger Delta's environmental, economic and socal situation today. In many rural communities, most citizens, especially women, do not participate in the decisions that affect their daily lives, and there is often a lack of trust between citizens and local officials. Communities have also been suffering from the negative effects of oil's extraction without necessarily benefiting from this industry. The objectives of this dialogue were primarily to increase citizens' knowledge and participation about those issues and to create opportunities for citizens and relevant stakeholders to engage with each other to improve their community.

Outputs
Forty-five participants attended the dialogue, majority were women from rural communities and members of womens societies. Local traditional government representatives were present as well but no invited corporate representatives attended. This changed the dynamic of the event and caused the meeting to become more of a capacity building workshop than an engagement forum. Discussions were very lively and revolved around 6 main issues: access to water and sanitation, environmental degradation and oil pollution, political participation and women inclusion, access to health care centre, electricity and energy, and human rights and governance at the local level. Clear recommendations for actions were made possible because of the different profiles of organisations and women represented. Suggested follow-up actions focused mainly around activities of awareness-raising in their communities and advocacy towards relevant actors. All participants recognised that citizens' engagement and participation is important to community projects sustainability and ownership.

What's next
As not all invited stakeholders were represented, the conversations focused more on mobilising the participants around common issues (as mentioned above). Advocacy statements will be jointly drafted and submitted to the relevant target stakeholders. NDWMPD will also work more directly with some participants for more capacity building efforts in their rural communities. This approach will make sure that skills acquired during those trainings will be extended to other community members.

Moreover, the creation of a committee of representatives from all the various sectors and actors present in the Niger Delta area should be encouraged to facilitate new relationships between the government, the multinational oil corporations and the local communities, as well as to engage more citizens in key decision making processes.

Read about the dialogue experience at the CIVICUS Blog