Help us shed light on the situation in Venezuela: Diana Vegas(Sinergia) 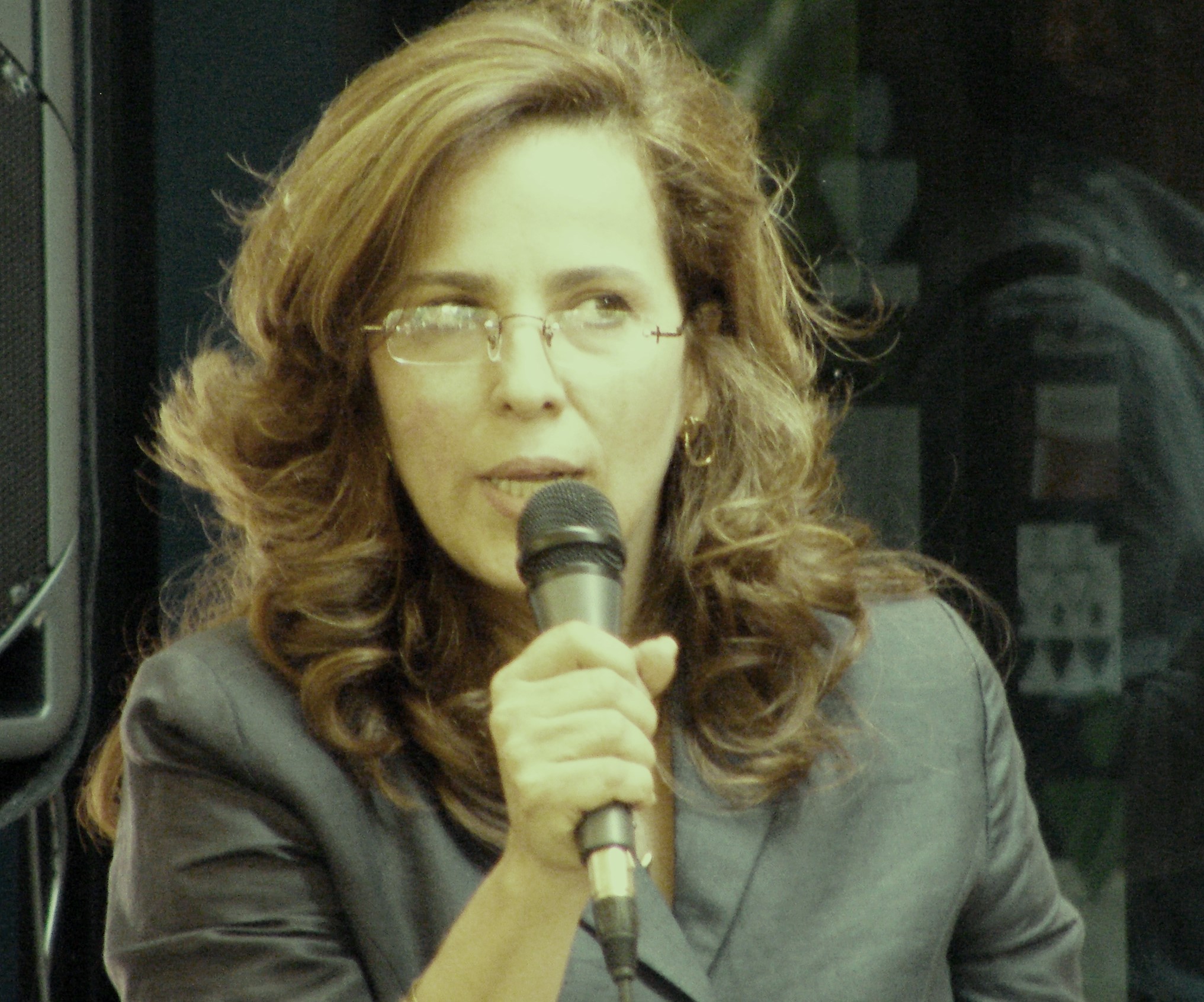 CIVICUS speaks to Diana Vegas, the vice-president of Sinergia, a Venezuelan organisation that aims at expanding spaces for citizen participation, providing a space for civil society articulation and strengthening civil society.

1. There have recently been many news reports regarding the State of Emergency decree, skyrocketing inflation, food shortages and increasing violence in Venezuela. How are these developments affecting civic space in the country?

Indeed, several concurrent crises are having an impact on Venezuelans’ daily lives. Their effects include a hike in poverty (a survey jointly conducted by several universities has revealed that up to 75% of the population are poor, while structural poverty is almost 30%), deteriorating working conditions, one of the highest inflation rates in the world, shortages of basic goods including food and medicine, deteriorating health and education services, increased fear, and loss of public space. The main response of the State to all of these has been systematic repression. The most central explanatory element of these severe crises lies in the institutional destruction caused by arbitrariness and the prevalence of social relations based on force. Today Venezuela is among the countries with the highest proportion of violent deaths in the world: in 2015, the homicide rate was 90 per 100 000 inhabitants, a historical record.

This is due to several factors, including the growing problems of organised crime, mafias and criminal gangs; the deterioration of the state’s security forces; the increase of private responses to the lack of security and justice; the repressive militarisation of security; and a rapid and sustained impoverishment of the population that has been accompanied by widespread impunity. Thus, in its 2015 Report on Human Rights, the Venezuelan Programme for Human Rights Education-Action recorded 460 cases of violations of the right to life and 17 215 break-ins, most of them conducted in the context of police raids in poor neighbourhoods.

It was in this context that the government issued Decree No. 2323, published on 16 May 2016, which suspends constitutional guarantees and gives even greater discretionary powers to the executive, without any checks and balances whatsoever. The decree criminalises any person or group opposing the national government by labelling them “internal enemies.” It also allows for the suspension of the right of peaceful assembly by categorising protests as “destabilising actions” against national sovereignty and security. Additionally, Decree 2323 promotes what are normally illegal mechanisms of public order control by attributing law enforcement surveillance and control functions to partisan political groups, the Local Committees of Supply and Distribution. In what concerns civil society, the freedom of association is also constrained through the prohibition of international cooperation funding for activities that are vaguely defined as having “political purposes” or aiming at the “destabilisation of the Republic.” In practice, this decree poses an additional obstacle for autonomous and independent CSOs to function.

The points regarding the situation of Economic Emergency that the President raised as the basis for issuing Decree 2323 do not actually fit the definition of a state of emergency. This is clearly a tool that is being used to restrict freedoms and ignore and suspend norms that are central to a democratic state.

This happens in a context in which the freedom of expression is already severely restricted with little room for alternative information sources. Alternative media are being punished and forced to shut down, there is censorship and self-censorship with journalists being persecuted and criminalised. The government exerts pressure by controlling newsprint imports, which has led to the closure of several independent print media outlets. Others have eventually tweaked their editorial line following government instructions. Some radio and television outlets that did not do so did suffered retaliation and could not renew their licences.

2. Are there any civil society initiatives for self-protection and overcoming civic space restrictions?

Civil society has also evolved in various ways in response to the situation that I have just described. Some CSOs closed or retracted substantially; others have become more demobilised and refocused on their own institutional survival; still others ─ very few at this point ─ were co-opted and have become vehicles for the dissemination of official propaganda. But an important group of organisations, both in the capital city and in the interior provinces, have become more active in the field of human rights education and advocacy. Many are actually working on reports to be submitted to the Universal Periodic Review of Venezuela, a human rights evaluation that all United Nations member states must undergo at the UN Human Rights Council.

There are numerous initiatives by Venezuelan civil society that seek to substitute for the absence of an independent press by making themselves heard on the social networks. Several organisations run observatories that monitor violence, conflict, social programme implementation, corruption, and the freedom of expression and access to public information, among other topics. Serious efforts also exist in the field of human rights education and training and community leadership.

Sinergia, our organisation, is very active in providing a permanent forum for the discussion and analysis of current events; monitoring the enabling environment for civil society; promoting consultation, systematisation and advocacy on global development issues; issuing advisories on the most pressing issues; and strengthening partner organisations on key issues such as digital security and human rights, and particularly regarding the rights to free association and participation. Among other things, Sinergia runs an observatory of the rights of free association and participation; takes part in the Coalition Pro-Access to Information, which advocates for the approval of a Transparency and Access to Public Information Bill that is currently under discussion by the National Assembly; and is a member of a Network of Human Rights Defenders.

3. The massive opposition protests that took place two years ago resulted in more than forty deaths. Has there been any relevant change as a result of that mobilisation?

A direct consequence of those mobilisations is the increase in the street presence of military and police forces. The country is now militarised. This is visible in the long queues that form daily outside grocery stores and pharmacies in cities and towns across the country: everywhere a military contingent has been stationed to deter disorderly conduct. Any citizen can be arrested if the military officers on site consider it justified.

The government continues to insist that those who died in the February 2014 protests were killed by the opposition as part of a political polarisation campaign. Although the evidence links those deaths to individuals connected to the government and police and military officers, no investigation that we know of has been undertaken to hold the perpetrators accountable.

Public investment in weaponry, riot gear, and military exercises to defend against protests has also significantly increased. In the same vein a January 2015 resolution of the Ministry of Defence, which is very controversial and still in force, established a model of military control of public order which includes the authorisation of lethal force to “prevent disorders, support lawfully constituted authorities and reject any aggression by facing it at once and with all necessary means”.

Therefore, although discontent and protests have multiplied, they are still atomised expressions that are quickly repressed, and whose existence is silenced unless their participants report them in the social networks, which have become the main news source for citizens.

4. What specific actions should the government of Venezuela take in the short term to safeguard civic space and citizen rights?

First it should repeal both the State of Emergency and Economic Emergency Decree and the resolution of the Ministry of Defence that allows for the use of firearms in public demonstrations. The government should also declare a humanitarian emergency to replenish food shelves and bring in medicines and medical supplies; and open a process of inclusive dialogue with political, business and civil society actors, in order to build a new social pact that can facilitate a national re-foundation. Finally, the National Electoral Council should begin a process leading to a referendum so that new elections can be held and the political crisis is resolved following an electoral path.

Responses of the international community have not helped in the case of Venezuela. We have actually not heard pronouncements by a wide enough range of opinion leaders and groups regarding the deterioration of democracy and the situation of Venezuelan political prisoners. This silence is striking. As it turns out, political polarisation is a widespread phenomenon not only inside but also outside of Venezuela. Many leftist or “progressive” movements and parties hold a mono-causal explanation of what happens in Venezuela: they state that is the result of imperialistic interference by the United States. Many remain silent on the grounds that the government of Venezuela, backed by subsequent elections, has kept democratic forms. Their response is therefore one of automatic solidarity with the defence of “21st century socialism” regardless of the fact that its social achievements have diluted and harboured an astonishing level of corruption, and that it has resorted to repressive tactics, the manipulation of justice as political retaliation, and concentrated powers in the hands of the executive, all of which contradicts democratic principles. The indifference to the suffering of people who are starving and dying from preventable diseases is also particularly striking. Sectors and countries that benefitted from economic and strategic support funded by Venezuela’s oil money still withhold all criticism as well, regardless of the fact that the country is now indebted and broke.

That is the reason why, as we put it in the statement by the Forum for Life that we signed alongside a wide range of civil society organisations, we ask international human rights organisations and CSOs around the world to follow carefully what happens in Venezuela, help us shed public light on the situation, and promote actions leading to mediation, agreement and a democratic resolution of this crisis.