Effort of Colombia’s civil society in peace negotiations not acknowledged 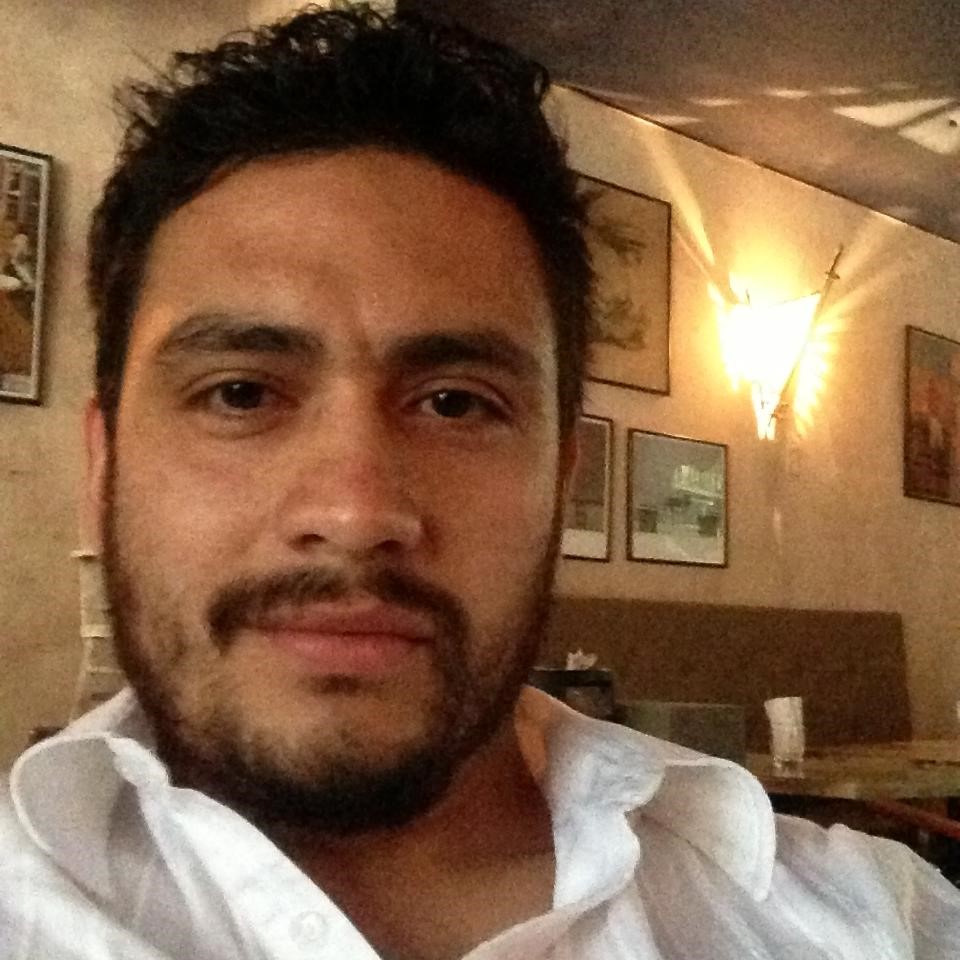 CIVICUS speaks to Carlos A Guevara coordinates the information

system for Somos Defensores (We Are Defenders), a non-governmental protection program for human rights defenders in Colombia. He is a journalist, audio-visual producer and social communicator specialising in human rights, armed conflict, public opinion, digital rights, peace building and humanitarian assistance based on the “do no harm” principle. He has extensive experience in supporting, training and consulting with social and human rights organisations in Colombia, Bolivia, Brazil, Nicaragua, Honduras and Mexico on issues of advocacy, management of public opinion and human rights, communication for protection, risk analysis, self-protection and management of communications in crisis situations.

1. What is the current status of the peace talks between the Colombian government and the guerrillas?

The negotiation process with the world’s oldest guerrilla group, the FARC (Revolutionary Armed Forces of Colombia) began in 2012 and has so far produced many results. Some people remain sceptical but the truth is that agreements have already been reached regarding the most sensitive issues, such as illicit crops, drug trafficking and reparations for victims. The last issues are being addressed including physical safety for those who demobilise. Two days ago another very positive development took place, as the ELN (National Liberation Army), the other guerrilla group that still stands in Colombia, announced the establishment of a second dialogue table that is going to start working on the basis of what has already been negotiated with the FARC. Merging both tables however does not seem feasible because the two guerrilla movements are quite different in both aims and structure: the FARC are much larger and have more territorial power and a vertical structure, while the ELN’s more horizontal structure means that negotiations and decision-making processes are more complicated and take longer.

Last year was the least violent in Colombia in the past half century with violent actions decreasing by about 98%. Over the past three years the number of homicides went down from about 17 000 to 12 000. However, although we have had good news, there is concern around resurgent paramilitary groups. About two weeks ago a group calling itself “Autodefensas Gaitanistas de Colombia” staged an “armed strike” in several areas of the country’s northern coast. This included enforcing a curfew for residents and a penalty of death for those who disobeyed. So far the group had been largely involved in criminal activity such as drug trafficking, extortion and kidnapping but now it is trying to appear as having political control over a territory in order to be able to also become a part of the peace negotiations. The reason why nobody wants to be left out of the peace process is that Colombia has an army of half a million men, the second largest on the continent, and it has already been negotiated with the guerrillas that there will be no cutbacks. No armed group will be able to defy it once the two guerrilla groups that have kept it busy are gone.

2. What is the role of Colombian civil society in the peace negotiations?

Civil society does not get much press coverage, but the truth is that it is the linchpin of peace building in Colombia. For many years human rights defenders have fought for a negotiated settlement of the conflict and they are now the main activists for peace. Since the peace talks began, the entire civil society – at the national, regional and local levels – has made proposals to bring peace to the territories, and it has taken those proposals to the negotiating table. For example, the issue of how violence has differentially affected women entered the negotiations through the work of the Colombian women’s movement. And that is the reason why the agreements reached so far include a gender perspective.

Civil society is essential for building peace because it is the one making the voice of the most disadvantaged communities audible in the Havana negotiations. Civil society is functioning as a bridge.

3. How have human rights defenders been affected by the war and subsequent peace process?

We Are Defenders is a non-governmental protection programme for activists and defenders. Paradoxically, the search for peace has triggered increases in violence against defenders. This has also happened in other peace processes, such as those in Guatemala, El Salvador, Burundi and the Philippines. The pattern is the same: when the time comes to implement the agreements on the ground, social leaders and human rights defenders are particularly affected because they are the ones who really know local communities and their problems. Specifically, if there are drug trafficking issues for example, the human rights defender knows who the local drug dealer controlling the area, because he lives there. That turns the human rights defender into a target for those who do not want peace.

Since the presidential term of Juan Manuel Santos began in 2010, at least 365 human rights defenders were assassinated – approximately one every six days. In the first three months of 2016, 133 defenders suffered attacks, more than 80 received threats, and almost 20 were murdered. This is not new. The paramilitaries are the almost exclusive source of threats. The risk has increased along with the peace talks; as soon as defenders started participating in the negotiations in Havana in 2014, massive threats, smear campaigns and attacks were launched in order to prevent them from taking part in the peace process.

In the time when war was most intense, the number of denunciations was at its lowest, and we could not keep track of the threats, exiles and murders. Collecting data mattered far less than saving people’s lives. As violent actions declined, we have gained more access to information, and also people have felt safer making denunciations. So now we have more data and we can say that the proximity of the peace has changed the nature of violence against defenders.

First, it is not the main leaders or the most visible activists who are being attacked, because the political cost for doing so is too high. Instead, the most targeted ones are the “hinge leaders,” that is, those connecting the local populations with civil society’s top leadership. More than 80% of those murdered over the past three years fit that description. Second, a specific form of aggression – espionage and theft of sensitive information - has skyrocketed. For example, someone breaks in an organisation’s offices and only steals their hard drives, or a human rights defender is intercepted in the street and forced to surrender his laptop computer and nothing else. Illegal espionage against defenders is a dramatic problem in Colombia; Privacy International has recently published two very good reports on the issue. There are people in the establishment who do not want peace and are trying to undermine it by all means, including illegal espionage. In fact, even the President of the Republic and the government negotiators in Havana have been victims of illegal wire-tapping.

4. Is the State doing enough to protect human rights defenders seeing that most violations appear to be perpetrated by non-state actors?

Given its high levels of violence, Colombia has had a state protection mechanism for about fifteen years. It provides physical measures of protection such as armoured vehicles, armed bodyguards, bulletproof vests and emergency mobile phones. In 2011 this mechanism was upgraded to a full protection programme targeted not only at human rights defenders but also to journalists, public officials and politicians. But its management was left in the hands of private security companies, and therefore protection became a huge business. Nowadays more than half the people under protection are public officials rather than civil society activists. And after we submitted a number of reports, an investigation was eventually launched and a high degree of corruption was uncovered: it was revealed that some US$150-million had been embezzled. Not surprisingly the effectiveness of that mechanism decreased.

At this point the government is not in a position to provide guarantees neither to demobilised guerrillas nor to peace activists. First, because there are too many of them; second, because resources are insufficient; and third, because the protection model that it uses is obsolete. There is no way 35 000 people who are soon going to demobilise can be each given an armoured car, a vest and an armed escort. And you cannot militarise life when what you are trying to do is pacify a country that has been overflowing with weapons for fifty years. What we need instead is political guarantees. The level of impunity for crimes against defenders is currently 95%. We cannot overcome the conflict without a justice system that actually delivers justice and without strong and transparent institutions.

Civil society has been long demanding that the international community does not leave Colombia. Government has hinted that when the peace agreements are signed, the conflict and human rights violations will be over for good. However, countries emerging from this kind of conflict have typically faced post-conflict scenarios of violence lasting for five to ten years, with violence peaking at even higher levels than those of the late conflict era, because this is the time when society struggles to accommodate its new members.

International verification agencies should not leave Colombia as soon as the peace agreements are signed; we will need at least ten years of accompaniment. The conflict has not yet been resolved in a profound and definitive way: we are at a point where we are talking about the demobilisation of the guerrillas and not yet about building peace. So first, resources will have to be invested in turning peace-building into a citizen matter. Second, we will need financial support to explore new protection alternatives for defenders. Third, we will need help in reacting to new sources of oppression brewing in the territories, particularly those around extractive industries. And the international community has a huge responsibility in that regard, because the big mining companies that are coming over are Canadian, British, Spanish, Brazilian, American and Japanese among others. All these countries cooperate on human rights with our government and our civil society organisations.