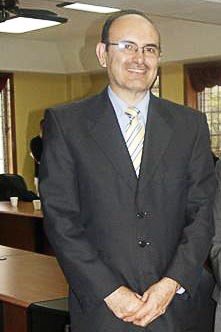 CIVICUS speaks to Rolando Bú, the director of the Federation of Non-Governmental Organisations for the Development of Honduras (FOPRIDEH), a civil society umbrella organisation that brings together 86 Honduran NGOs. He has over 26 years of experience in civil society and volunteers at environmental and youth support NGOs. He discusses the security situation for Honduran human rights defenders and what can be done to improve the environment NGOs operate in.

1. Several recent assassinations of human rights defenders seem to corroborate the description of Honduras as the most dangerous country in the world for indigenous and environmental activists. What are the obstacles faced by human rights activists in Honduras?

The climate of insecurity in Honduras has multiple causes. One of the biggest problems is the fact that judicial institutions are weak, which makes them very vulnerable to penetration by organised crime ─ which in turn has grown exponentially over the last decade. These infiltrated institutions have not been able to prevent or promptly investigate killings, which has been apparent in the cases of human rights defenders assassinated for their work for land rights and against the exploitation of natural resources. Another, closely related factor is the concession of environmental licences allowing large domestic and foreign companies to make large investments to exploit those natural resources, often to the detriment of the ancestral territories of indigenous people.

A few days ago one of the leading print media outlets in the country revealed that corruption in the high spheres of the national police led to the assassinations of senior figures both within the institution itself and in civil society. This complex security situation is the reason why Honduras is listed as a high-risk country, although data from the Observatory of Violence at the National Autonomous University of Honduras (UNAH) indicate that the number of homicides has declined and Honduras is no longer among the three most violent countries in the world. Recent efforts to pursue criminal investigations have allowed for the capture and extradition of drug trafficking leaders to the United States. In reaction to this, the affected groups have intensified their violence, resulting in more murders. Two days ago the National Congress unanimously turned into law an emergency presidential decree purging the police. As the Organisation of American States mission to support the fight against corruption and impunity in Honduras arrives in the country, there are expectations that cases of assassinations of human rights defenders will be solved.

2. Do women human rights defenders face additional barriers due to their gender?

Generally speaking violence affects both men and women, and especially younger men and women. But traditionally women have been at a higher risk because they have been more vulnerable to the actions of hired assassins and abuses by judicial officials as well as by illegal groups that have operated with impunity.

3. How would you describe the general environment in which civil society organisations operate in Honduras?

After the coup that ousted former President Manuel Zelaya in 2009, Honduran civil society became highly polarised and still remains largely so. This has had a negative impact on CSO’s ability to work within broad, plural partnerships to promote an enabling environment for the sector and to advocate for other causes of national relevance.

The legal and tax framework for CSOs in Honduras has several limitations, which forces CSOs to do permanent advocacy work with the bodies in charge of the implementation of CSO regulations. There has been some progress, but much remains to be done to ensure full exercise of the freedoms of association and expression. On top of the insecurity climate, this results in an increasingly complex, costly and risky context for CSOs, many of which are ceasing to operate. Also, although legislation to protect human rights defenders has been recently passed, it has not been fully complied with, so human rights defenders remain vulnerable.

4. What is Honduran civil society doing to protect themselves and/or overcome the limitations?

On the initiative of several CSO networks, and in some cases on the initiative of international cooperation agencies as well, efforts are being made to re-unite broad sectors of civil society. There is a need for broad dialogue within civil society, among its various sectors, and between civil society and the Honduran government in order to ensure an enabling environment based on the freedoms of association and expression, and especially in order to protect human rights defenders.

Consistently with their mission, there are organisations involved in the promotion of the freedoms of association and expression. Some, like FOPRIDEH, have for several years advocated for a more CSO-friendly regulatory and fiscal framework. In partnership with other CSOs, they have also advocated for an improved public security environment and for the introduction of suitability requirements for the appointment of senior government officials in that area. Other more specialised CSOs do human rights research and advocacy work.

5. What specific steps should the Honduran government take in the short-term in order to safeguard civic space and ensure the rights of its citizens?

The government should keep open a permanent channel of communication with CSOs at the national, regional, and local levels, as well as with international cooperation agencies in order to overcome barriers to the exercise of the freedoms of association and expression. Tolerance is required on both sides to reach broad consensus. It is key that the regulatory framework for CSOs is revised and adapted to encourage their development free from unwarranted restrictions; that the police is purged and trained to be professionalised and trained to respect human rights; and that international treaties and conventions on human rights, corruption and impunity are fully complied with, along with precautionary measures for human rights defenders threatened for their advocacy work.

6. How can international actors, including regional organisations and transnational solidarity networks, support Honduran CSOs and activists?

In this era of advanced globalisation and increasing democratisation of communications, information of relevant developments in one country rapidly reaches the international community. Hence the reactions of solidarity and support by CSO movements worldwide in the face of killings of activists and civil society leaders such as the recent case of Berta Cáceres, an indigenous and human rights defender recently assassinated in Honduras. Part of the international community immediately suspends financial support for development projects until reliable investigations of these crimes are undertaken, facts are set straight and the culprits are punished. Other countries, however, have companies that have invested heavily in sensitive areas such as hydric and metal mining projects and therefore take more cautious stances because financial capital from those countries is at stake.

It is key that external actors support Honduran CSOs, promote respect for human rights and demand that the state fully implement and comply with national legislation and international conventions and treaties on the protection of human rights. It is also important that they allocate resources to strengthen CSOs so their work has impact in the short and medium terms through specialised consulting for political dialogue with the government, participation in regional and international forums on the freedoms of association and expression, and international advocacy activities.