Freedom of expression in Turkey on a slippery slope 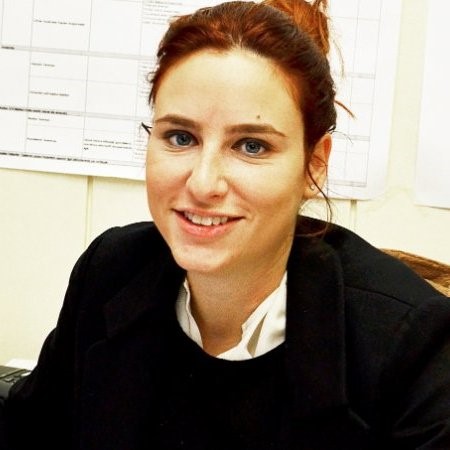 CIVICUS speaks to Liana Varon the Deputy Secretary General of the Third Sector Foundation of Turkey (TUSEV), a network of over 100 foundations and associations in Turkey on the situation concerning freedom of expression and the environment for CSOs.

1. Can you provide details on the case surrounding the arrest of 27 academics early this year?

Academicians for Peace Initiative was established in 2012 to produce and disseminate academic knowledge on ending armed conflicts and peace building processes through analysing different examples from around the world.  On January 11, 2016 the initiative made public the petition entitled “We will not be a party to this crime!”

The petition was signed by 1 128 academics from Turkey and distinguished scholars such as Chomsky and Wallerstein. It demanded the “state to abandon its deliberate massacre and deportation of Kurdish and other peoples in the region”. Other demands such as an end to the ongoing curfews, and return to the peace process that collapsed in July 2015 were mentioned in the petition. President Recep Tayyip Erdoğan and the government reacted in a negative manner to the petition and this gave rise to nationalistic sentiments hence deepening the ongoing polarisation in the country. President Erdoğan criticised the signatories and called them “traitors”. He also called upon the public prosecutors to start an investigation on the grounds of “insulting the state” and “supporting and spreading terrorist propaganda”.

Following these reactions, the academics were targeted and threatened. Administrative investigations were opened by the universities they are affiliated to, some got fired and they faced criminal investigation. On January 2015, 27 academics were briefly detained for “spreading terrorism propaganda” and “insulting the state”. The case is still before the court and the future of the academicians is still unknown.

2. Turkey has been in the news quite frequently for jailing journalists. Can you explain what the environment is for journalists and the situation in general concerning freedom of expression?

The condition of press and internet freedom in Turkey has been deteriorating over the past year. The pressure on the media outlets and journalists especially those who are in opposition to the government is growing. According to the 2015 Freedom House report, the status of the press in Turkey is considered “not free” whereas the freedom of internet is “partly free”.

In 2015 an amendment made to the internet law now allows the Telecommunications Communications Presidency, (the country’s telecoms authority) to remove or block access to content within four hours without a court order. Thus, web content and applications are routinely blocked and access to websites that have views that are in opposition is prohibited. According to statistics provided by Engelli Web, the number of blocked web sites in Turkey is 109 805 as of March 2016.

Tutuklu Gazetecilerle Dayanışma Platformu (The Platform for Solidarity with Sanctioned Journalists) stated that as of March 5, 33 journalists had been arrested by the authorities..It has become common for journalists to be harassed and targeted, fired from their work and to get prosecuted and arrested. The charges brought against the journalists are usually based in the Criminal Code and Anti-Terror Law.

The arrest of Cumhuriyet newspaper editor-in-chief Can Dündar and Ankara bureau chief Erdem Gül on espionage charges has been covered frequently in the international media. On February 25, after 92 days in prison both journalists were released by a Constitutional Court decision that stated that their imprisonment is a violation of the fundamental rights. The decision of the court, which was highly criticised by President Erdoğan, opened the way for the release of other arrested journalists. Despite this development, the pressure on the media continues to increase.

3. How would you describe the environment for civil society in the last year?

Over the past year there have not been any significant steps taken towards creating a more enabling environment for civil society in Turkey. In fact, the civic space has been shrinking more significantly since the end of Gezi Movement protests of 2013.

Over the past year, we have witnessed many instances where especially freedom of expression and freedom of assembly, which are the basic rights granted by the Constitution, are under serious threat. As seen from the examples of journalists and academics this threat is even bigger for any individual or organisation that is criticising the government or any of its policies.

Unexpectedly, at the end of December 2015, as part of its Action Plan, the government announced that a new law governing civil society organisations will be passed by the end of 2016. Considering that the latest changes in the Law on Associations and Law on Foundations were made in 2004 and 2008 as part of the reforms taken towards gaining European Union membership this has come as a big surprise. While this can be considered as an important opportunity for developing a more enabling environment, the government has not taken any steps towards explaining the scope of the new law or initiating a consultation process with civil society. Without any doubt, the way in which the government carries out the law-making process will say a lot about their willingness towards creating a more enabling environment and developing CSO-public sector relations in Turkey. As TUSEV, we are following closely any developments regarding the issue and getting ready for introducing a set of recommendations we have prepared over the past years.

Turkey has been encountering a number of destabilising pressures such as the renewed tensions over Kurdish conflict, instability spilling over from neighbouring Syria, series of terrorist attacks of ISIL, an increased flow of refugees, political deadlocks and economic instability. Combined with the increasing polarisation, the situation has created a lot of tension in the society.

In my view, the greatest support the international community can provide is to give a voice to civil society in Turkey so that they can explain the situation and together demand change. The solidarity of international civil society and organisations such as CIVICUS can play a major role in reminding bodies like European Union and the United Nations of their responsibilities and to hold them accountable to citizens rather than governments. For instance, it has become more significant with the issue of Syrian refugees that even European Union which is known to greatly value freedom of expression at its core is willing to overlook all sorts of violations in Turkey as long as the refugees are kept away. International civil society can and need to find a way to act together on these matters.

About the Third Sector Foundation of Turkey (TUSEV): TUSEV was established in 1993 by Turkey's leading civil society organizations and has now grown to support network of over 100 associations and foundations that share a vision of strengthening the legal, fiscal and operations infrastructure of the third sector in Turkey. Among TUSEV's main objectives are non-profit law reform, research on civil society and philanthropy, promoting social investment and social justice philanthropy, and facilitating partnerships across sectors, as well as across borders. For more information visit www.tusev.org.tr or follow on Twitter @TUSEV, @stkizleme and facebook.com/tusevtr