Selection of UN secretary-general must be transparent 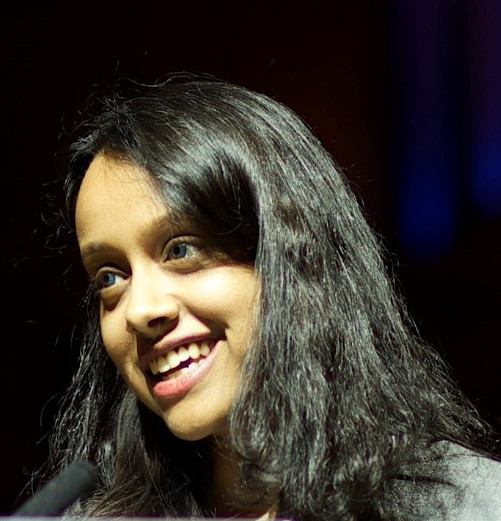 CIVICUS speaks to Natalie Samarasinghe, the executive director of the United Nations Association – UK, where she has worked since 2006. She is the first woman to hold this position. She speaks and writes regularly on UN issues. In 2013, she co-founded 1 for 7 Billion, a global campaign to improve the selection process for the UN Secretary-General.

1.How can the process of appointing the UN secretary-general be made more open, accountable and democratic?

It is crucial that a highly capable secretary-general is appointed this year – someone who can inspire global action, speak truth to power and give voice to the hopes and needs of the world’s seven billion people. Their ability to do so would be enormously strengthened by a selection process that is focused on merit; gives them a broader base of support; and minimises political compromises needed for appointment.

To date, the process has satisfied any of these conditions, lacking even basic elements of modern recruitment practices and falling short of the UN’s principles of good governance. The Security Council has chosen a candidate behind closed doors and the rest of the UN’s membership has rubberstamped that decision. This opaque and outdated process has damaged the performance and perception of the UN.

In 2015, efforts by civil society – notably the 1 for 7 Billion campaign – and supportive states led to a ground-breaking General Assembly resolution (69/321) to strengthen the process. The resolution set out a broad selection criteria; asked the presidents of the Assembly and Security Council to send a joint letter to states describing the entire process; called for candidates’ names and CVs to be circulated; and decided to “conduct informal dialogues or meetings” with candidates. The letter was sent out on 15 December 2015, marking the formal start of the process and the CVs of official candidates are now being listed on the UN website following their formal nomination.

Efforts should now focus on identifying high-calibre candidates. This should include nominations drawn from a wide talent pool (with candidates from civil society and business also being considered alongside politicians, diplomats and UN officials) and a search process that involves parliaments, civil society and the public.

The process should also be transparent and inclusive. Civil society and the media should have opportunities to engage with candidates and put questions to them, including through the formal process. Efforts must be made to make the process less political. This should include explicit commitments by states and candidates to refrain from making promises in exchange for support.

A single term of office would further strengthen autonomy and accountability. This would provide candidates with political space – and a hard deadline – to implement a more independent and visionary agenda. It would also remove the need for a time-consuming re-appointment campaign and the political bargaining involved. Freed from these constraints, the secretary-general would be in a stronger position to resist efforts by states to compel the UN to take on poorly-resourced tasks and to insist on action in areas where states are reluctant to lead.

2.What is civil society doing to try to make the selection of the UN secretary-general more accountable?

In 2013, the United Nations Association – UK co-founded the 1 for 7 Billion, a global campaign to improve the selection process. More than 750 organisations, including CIVICUS, support the initiative which now has a global reach of 170-million people.

Our efforts – at the UN and in capitals of UN members, with parliamentarians and NGOs, and in the media – have led to an unprecedented number of states calling for an improved selection process. We have facilitated the development of concrete proposals by reform-minded states and helped initiate discussions on this issue in the UN Security Council and General Assembly. We have generated media coverage in news outlets around the world, and our website is the leading source of up-to-date and objective information on the process and developments. And we have worked with prominent reform supporters, such as The Elders, to bring these issues to public audiences around the world.

Going forward, our efforts will focus on encouraging high-calibre nominations and on inspiring a global conversation about the qualities of and priorities for the next secretary-general. We will continue to press for a single term and to highlight the detrimental effect of backroom deals struck during the appointment process. This will include asking all official candidates to commit voluntarily to a single term and to refrain from making promises to states. And we will work with the press to ensure scrutiny of candidates’ records and objectives.

Civil society groups around the world can join forces with us in the following ways: Lobby your governments for a say in the process, engage candidates in meetings, support our push for a single term, and make sure journalists scrutinise this important process.

3.What does it say that there has never been a female UN secretary-general? What are the prospects of the next UN SG being a woman?

Just three of 31 formal candidates in past appointments have been women. This shows how flawed the selection process has been and makes the UN seem like it has a glass ceiling for women that is on par with the Vatican.

However, it is likely that 2016 will see a larger number of women emerge as strong candidates. Several have already declared their interest and many states and civil society groups have expressed a preference for a female secretary-general. The fact that the process will be more transparent this time will only add to the pressure.

I would love to see a woman on the 38th floor and there is no lack of potential candidates. That said, the primary consideration should remain merit. Saying that the next secretary-general must be female because there has never been a woman in the position only fuels those who believe that they must come from a particular region for that same reason. Diversity matters greatly in an organisation such as the UN but it should not trump quality.

Instead, we should encourage high-calibre women to be put forward. We should monitor gender balance in the official list of candidates. We should question all candidates – men and women – about their track record on gender issues and encourage them to set out their objectives on furthering gender equality.

We should also call for the process to be guided by formulations used by other intergovernmental bodies, such as the World Trade Organization (WTO) which says: “Where members are faced in the final selection with equally meritorious candidates, they shall take into consideration as one of the factors the desirability of reflecting the diversity of the WTO’s membership in successive appointments to the post of director-

Natalie also serves as a trustee of the Association for Citizenship Teaching, is a member of the World Federation of UNAs Executive Committee. She is a member of the Steering Committee for the International Coalition for RtoP and an advisor to the Sri Lanka Campaign. She has produced a number of publications, including the eight-volume SAGE Major Work on the United Nations, which she co-edited with Sam Daws. Prior to joining UNA-UK, Natalie worked in local government and for the University of Oxford. Follow her on Twitter on @Natalie_UNA