COP21 was a historic turning point for climate change 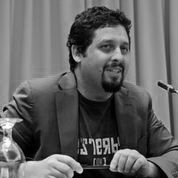 1. What are the major outcomes of the COP21 conference for the future?

As we start to get down to business in 2016, one thing is clear; this year will be different than any of those that came before it because this year, we have a comprehensive, global climate agreement to work with. While the agreement struck in Paris in December 2015 at COP21 will not ─ and was never expected to ─ solve climate change overnight, it is a historic turning point for our movement and indeed the planet. In Paris, leaders sent a signal that the age of fossil fuels is over, and that the renewable energy era will be embraced in its place.

The Paris agreement acknowledges that much more needs to be done to protect those who are most vulnerable to climate change. To that end, the agreement states that the existing temperature guardrail of 2°C is dangerous for many, catastrophic to some, and more should be done to bring temperature rise to within 1.5°C. This temperature goal is combined with a long-term emission reduction target of achieving zero emissions in the second half of the century. The combination of both of these goals imply the need to achieve 100% renewable energy for all by 2050, which is the key ask of civil society.

The agreement will also house existing climate action commitments put forward by over 180 countries and creates a blueprint for progressively reviewing and scaling up action until emissions get to zero. Money, capacity and technology to help fund action by poorer countries will increase, though more work is needed to grow the pot in the future and help those who are most needy to access the resources that will be required.

2. What does the legal status of the agreement mean for civil society?

For Climate Action Network, the extent to which elements of the agreement were binding was not a priority, as at the end, countries will do what they want to do.

However, COP21 includes action for the first time from all countries. It is legally binding and covers reporting, transparency, review of action to drive stronger efforts in the fight to tackle climate change, as well as elements of compliance mechanism to provide further assurance that countries are indeed doing what they say they are doing.

3. Would you say COP21 was a success for civil society organisations?

The Agreement was not the only thing we got out of Paris. Despite poor weather and concerns over safety, more people than ever before took to the streets in cities around to world to demand climate action ahead of the Paris Climate Summit. After years of work by tireless activists, a broad and diverse range of people, from doctors and businesspeople, to farmers, parents and unionists helped politics catch up with the real world. Those marches are testament to the spirit of our movement, which will continue to grow in the coming years.

In Paris, more heads of state than ever before came together on one issue, and demonstrated that multilateralism can work. Paris was the first test for the 2030 Agenda, and its success builds on what was achieved in New York in September 2015. It also demonstrated that we are now truly in a universal world, as the leaders in Paris who fought for the strongest deal, were not from the rich world but from emerging economies and vulnerable countries ─ a sign that the political ground has shifted.

Meanwhile, climate action in the real world continues to speed up. In the weeks since the Paris agreement was struck, we've seen coal stocks plunge, and some companies even go bankrupt, while investment in renewable energy is booming. A new report from Bloomberg New Energy Finance found over US$330-billion was invested in solar and wind in 2015 ─ the largest amount ever.

Leadership from the South is continuing – Morocco, which is this year's host of the Climate Summit, is about to switch on the world's largest concentrated solar plant which can provide clean power to 20-million people. It is producing wind energy as well at a record cost of 3 cents/kwh, making it the cheapest source of energy.

4. What can CSOs do to participate in the agreements going forward?

Despite these impressive developments, we're still a long way from where we need to be. Last year was the hottest on record and extreme weather impacts continue to hit home, from unprecedented flooding in the United Kingdom, to forest fires in Australia, and in Africa where staple crops have been devastated leading to food shortages.  As we stand in solidarity with the people most vulnerable to climate change, the movement of CSOs will grow in strength and diversity. We will not rest.

In the coming year, we will hold governments and corporations accountable as we work to make the spirit of the agreement part of the fibre of our countries. All eyes are now on states to use the commitments enshrined in the Paris agreement to urgently speed up the ongoing energy transition at a national level, and come back to the table to scale up commitments to be credible with a 1.5°C pathway. That means:

With continued hard work, we can ─ and we must do more.