Paris COP21 climate conference a test of commitment to the SDGs 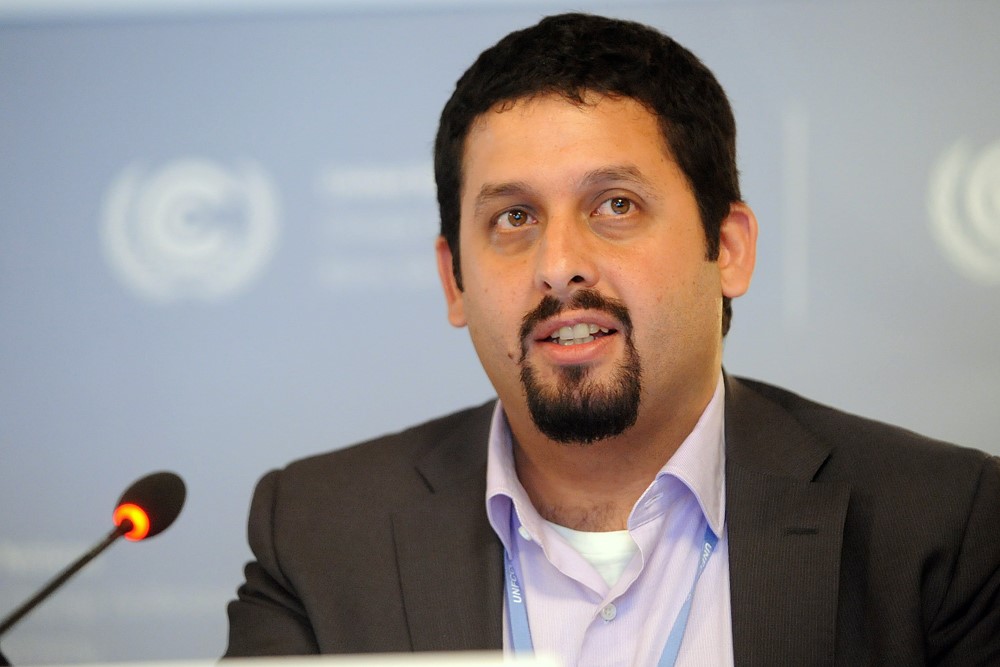 1. What are the core issues at stake concerning climate change at the COP 21 UN Climate Summit taking place in Paris?

At the UN Climate Summit in Paris, governments have an opportunity to forge a new global agreement that accelerates the transition away from fossil fuels to a safer world powered by 100% renewable energy. The stakes underpinning the transition to 100% renewable energy are huge. The governments know the science, they know that without accelerating this action they could be responsible for hundreds of millions of people falling into poverty, for millions of people losing their homes due to rising seas, and a massive increase in instability in vulnerable regions. On the other hand, the same governments know that by failing to back an orderly transition to a renewable energy future they risk losing out on massive benefits. They could miss out on securing millions of new jobs, improving public health and saving money by ditching out of date and expensive fossil fuels.

2. How is your organisation Climate Action Network mobilising civil society in the area of climate change?

The Climate Action Network (CAN) is a worldwide network of over 950 non-governmental organisations (NGOs) in more than 115 countries working to promote government and individual action to limit human-induced climate change to ecologically sustainable levels. As the largest and oldest climate network in the world we have a huge global reach across all continents. Our members work on diverse issues from governmental policy to grassroots groups covering a range of issues from energy to oceans and from human rights to finance. We support our members in their local, regional and national work on, for example, campaigning and communication. CAN is best known at the United Nations Framework Convention on Climate Change (UNFCCC) negotiations where we coordinate to push for the strongest possible action on climate change, lobbying governments, deepening understanding and helping reporters navigate a complex and technical process. Most importantly, we represent the voices of all the vulnerable and affected individuals and communities around the world. We are not limited to the negotiating halls alone; we have played an organising and facilitating role in the record-breaking climate mobilisations and actions that have taken place around the world throughout 2014 and 2015.

3. What is the case that NGOs can make to link climate change and sustainable development?

First, the role that climate action plays in delivering development goals is widely recognised. In September 2015, world leaders made it pretty clear that they see tackling climate change as a necessary step in the process of ending poverty and inequality when they signed off on the new Sustainable Development Goals at the UN General Assembly. They signed off on this development agenda for the next 15 years which has climate goals running through it like a green thread as well as a specific target on climate action and another on shifting the world to renewable energy. We cannot deliver the Sustainable Development agenda without delivering on climate action. The Paris agreement will be the first test of how serious governments are about the promise they made to leave no one behind as part of that agenda.

NGOs can speak to how climate action is boosting development on the ground. Our members show how getting on track to go 100% renewable is increasing energy access from Uganda to Bangladesh, boosting equality in countries like Bangladesh, building more resilient communities from the United States of America to Indonesia, and creating new, clean jobs the world over. But we also know that without scaling up the solutions we have in hand, climate change will strip away hard-won development gains that have been made over the last few decades, particularly in Africa, South-East Asia and South America ─ regions that are highly vulnerable to climate impacts.

4.What is the general response from government’s concerning climate change?

We have seen 140 countries submit national climate action plans to the UN which is unprecedented and can help bend the curve of projected global warming closer to the internationally agreed target of two degrees, or ideally below that. We have seen 43 vulnerable countries stepping up and calling for an agreement that will decarbonise our economies and ensure 100% renewable energy for all by 2050 ─ which is the kind of ambition we want to see. Some of the big powers, like the United States and China, have set in stone important domestic climate policies and made overtures towards a strong Paris agreement. Now we need the strong statements by country leaders, the leadership shown by vulnerable countries and the momentum generated by the major powers converted into an ambitious climate agreement in Paris that can start protecting people and helping vulnerable countries. Otherwise the collective response of our governments will be several steps behind people, businesses and communities all over the planet.

5. In your opinion, will Paris be the turning point in terms of agreements?

Paris will be a turning point because whatever happens it will represent the first time that so many countries submit national climate action plans into an international framework, which is an important step in collectively mobilising the international community on climate change. We also know that whatever happens the Paris agreement will not be a silver bullet and much more work will need to be done to push governments to scale up climate solutions over the coming years, particularly when it comes to dealing with the impacts of climate change. For this reason it is important that we get an effective review element in Paris that ensures countries ramp up towards 100% renewable energy by 2050, and a solidarity package to help poorer countries.

6. What message and strategies would you like to share with civil society organisations especially those in the global South as the COP21 Summit is underway?

It is really important for civil society organisations to support and bolster the ambition of their countries during the negotiations ─ often it is some of the poorest and most vulnerable countries that step out in front to lead the way for a strong climate deal. Together we need to make sure their voices are heard and ensure that the richer countries from the global north hear them. It is important that we help them fight for measures that protect their communities from climate impacts that are already hitting hard, as well as making it very clear that a just transition to 100% renewable energy is vital for sustainable development.