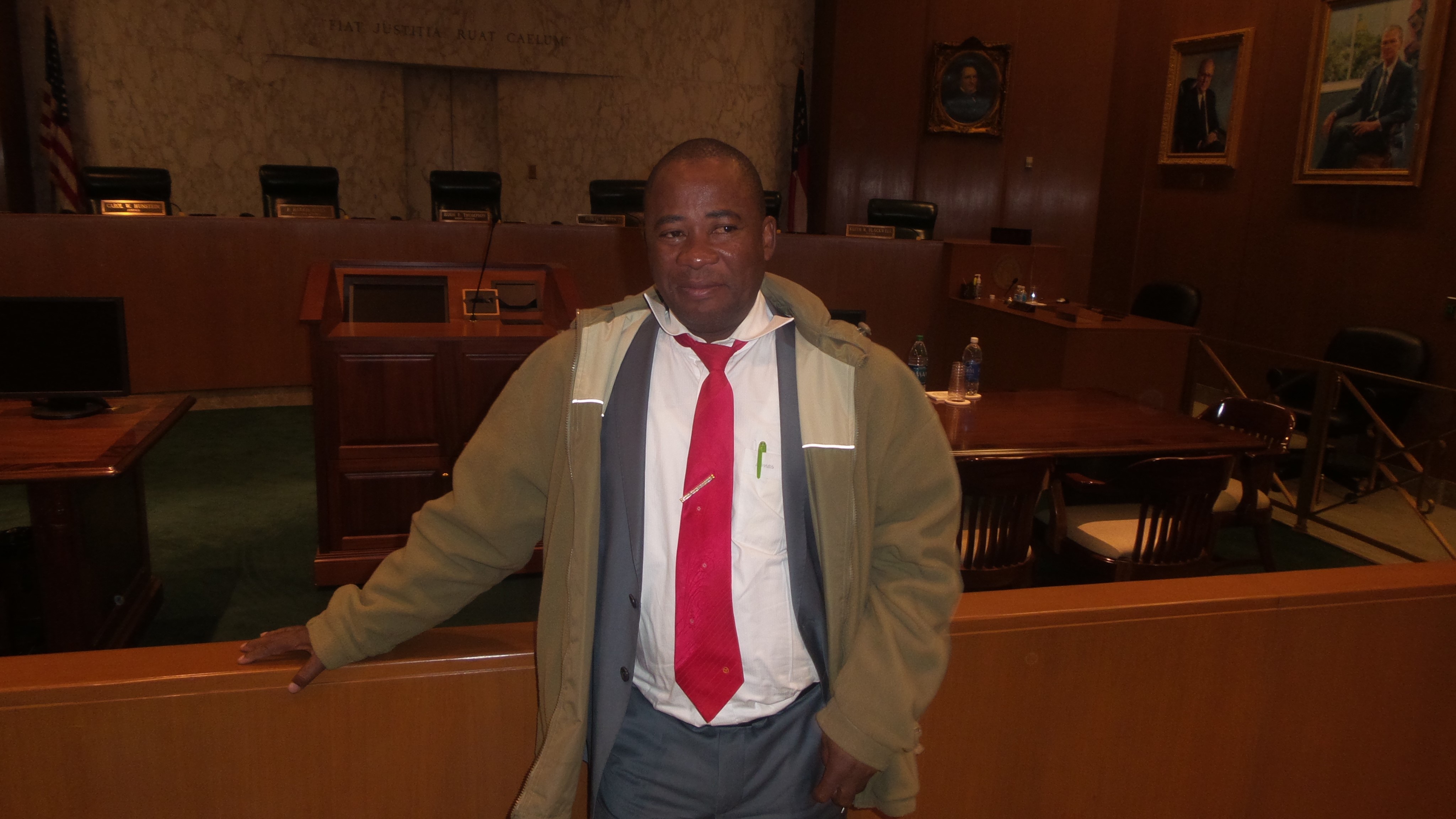 CIVICUS speaks to human rights defender Jonas Tshiombela Kabiena, who is the national coordinator of the New Congolese Civil Society - a platform of about 300 civil society organisations in the DRC. Mr. Kabiena is also the national secretary of the CSOs-DRC Coalition, a journalist and director of the Congolese Press Agency. He speaks about the challenges to civic space in the Democratic Republic of Congo (DRC) ahead of the elections scheduled for 2016.

1. What is the situation regarding human rights and fundamental freedoms in the DRC?

The state of human rights and fundamental freedoms is a source of concern in the DRC, especially as the country moves towards holding a poll next year. Human rights defenders are targeted on the basis of the work they do and subjected to threats, harassment, arbitrary arrests, judicial persecution, and pro-longed detentions. In addition freedom of assembly and expression are severely constrained. Human rights defenders are threatened by the authorities and on several occasions are arrested and imprisoned for the work they do.  Freedom of assembly is restricted as those who take part in protests are arrested.  For example on 15 March 2015, several young democracy activists from the civil society movements Collectif Filimbi and Lucha were arrested following a day of protests organised by their counterparts in Kinshasa.  Two of them, Fred Bauma and Yves Makwambala are in jail

2. What was the effect of the government’s response to the   demonstrations held in January 2015?

In January 2015 many Congolese took to the streets to demonstrate against proposed changes to the electoral code that will enable President Joseph Kabila to stand for another term in office beyond his two-term limit. The brutal response to the protests has had many consequences on fundamental freedoms in the DRC.  Additional restrictions were imposed on freedoms of assembly and expression.  The government reported that 27 people were killed during the protests but international human rights groups noted that more than 42 people died. Prominent human rights defender Christopher Ngoy was abducted during the protests and detained in solitary confinement by the intelligence services for 17 days. He has still not been tried in a court and is currently in jail at the Makala Penal and Rehabilitation Center in Kinshasa.

3. What is the fate of the human rights defenders arrested this year?

Human Rights defenders Christopher Ngoy, Yves Makwambala, Freud Bauma and Jérémie Mupira are still in jail to this day, without any hope of being released. No one can say when judiciary proceedings will start as they are illegally detained in most cases in unknown locations. They were arrested for their human rights activities and for participating in pro-democracy campaigns and demonstrations.

4. Should we expect an increase in restrictions on civic freedoms as the 2016 elections approach?

Despite the commendable effort by the DRC Parliament in setting-up of the National Human Rights Commission, it is however partisan and on the ground, the human rights situation does not appear to have improved. In view of the January 2015 events and other violations such as on the press, we fear there will be a tightening of restrictions on civic freedoms as we get closer to electoral date.

While we are concerned about the upcoming electoral process in the DRC and the increase in restrictions on citizen’s freedoms, we remain optimistic. The high levels of corruption though and the undermining of judicial powers renders us powerless in bringing cases of citizen rights and infringements freedoms to justice.

5. How can the international community support civil society in the DRC in responding to these challenges?

We need capacity building and support in the form of joint advocacy campaigns for human rights activists working in the field. In the DRC we are planning a national and local human rights recording mechanism framework that will require communications, data collection, documentation and field information exchanges on cases of human rights infringements.  To succeed, this framework will need major support from the international community. We need a national documentation centre (library), training in the area of human rights, with a website where field workers can find tools for the prevention of infringements of civic rights and citizen freedoms and advise on how to deal with such violations.

Advocacy will also be needed at a diplomatic level and to lobby Parliament to manage and adopt legislation to protect human rights defenders. Such legislation has already been rejected on several occasions by Parliament hence stronger lobbying is needed. All these issues would require support from the international community. There is need also at the international level to keep open all discussions and exchanges of information on human rights issues in the DRC.