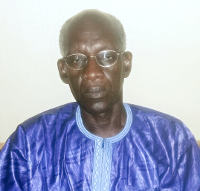 1. What is the general state of civic space and human rights in Mauritania?

Mauritania, which is a pluralistic and multicultural country, has over the last decades, experienced serious human rights infringements, including the deportation of thousands of black Mauritanian citizens to Senegal and Mali where they are living in inhumane and degrading conditions. There have also been instances of slavery, racial discrimination and exclusion practiced with impunity. This is the daily reality for citizens who also have to face a deterioration of the economic, political and social conditions in Mauritania.

However, thanks to amendments made to the Constitution in 2012, the practice of slavery and torture are now classified as criminal offences.

2. Can you evaluate the extent of the slavery problem in Mauritania?

Slavery was practiced by all Mauritanian communities (the ethnic groups Pulaar, Soninko, Wolof and Arab-Berber). From the 1970s this anachronistic practice led to the creation of an anti-slavery movement. The main actors of the movement were arrested and sentenced but they still continued their fight against slavery. In 1981 the military regime issued a decree abolishing slavery, but instead of compensating the victims of such crimes, paradoxically, the masters and not the victims were the ones whom were compensated. Despite this decree, slavery still persists in Mauritania.

In 2007, a law criminalising slavery practices was adopted by the National Assembly. A roadmap comprising 29 points was also adopted to eradicate slavery. However, all these instruments failed in regulating this situation as they were not implemented by the authorities. Indeed, several cases of slavery were brought to the attention of the public by anti-slavery organisations, but Mauritanian magistrates, all originating from slave-owning societal groups and feudal settings, never wanted to apply the law. Human rights activists working on this issue are continuously threatened or jailed by the powers in place.

The issue of slavery is still raised by the civil society groups - SOS-Esclaves and IRA-Mauritania as well as other human rights activists. Authorities still deny its existence.

3. What is the current situation of arrested anti-slavery activist Biram Dah Abeid?

When the issue of slavery is brought forward by activists, they become the victims of all kinds of persecution. This is how Biram Ould Dah Ould Abeid and his fellow activists were arrested and sentenced for organising a roadshow in the Senegal River Valley to sensitise people on their rights to the land. Despite denunciations and calls from civil society, they are still in detention.

Another activist Brahim Ould Bilal Ramdane is still in jail. Djiby Sow, another activist was released on parole due to ill health. Despite all actions initiated by national non-governmental organisations and pressure from the international community to free them, the Aleg Appeal Court confirmed the decision issued at first trial, sentencing them to two years in prison. Lawyers have lodged a complaint to the Supreme Court in this regard.

4. What is the government doing to tackle the issue of slavery?

Despite the fact that the Mauritanian government still denies the very existence of slavery in the country, it did nevertheless establish a legal arsenal in 1981 which continues to be in force today, to fight against slavery because of pressure exerted by human rights activists and the international community.

However, support measures are lacking. The government established an agency called the National Agency to Fight Slavery’s Legacy, Insertion and the Fight against Poverty (Agence Nationale pour la Lutte contre les Séquelles de l’Esclavage, l’Insertion et la Lutte contre la Pauvreté). The government also established a roadmap comprising 29 points to eradicate slavery, thanks to the support from OHCHR. It also set up a special court tasked with the judgement of slavery crimes.

All these instruments could have contributed to the eradication of slavery and its legacy but unfortunately, the non-implementation of the law criminalising and sanctioning slavery and the lack of implementation of programmes aiming at eradicating slavery creates a serious problem. There is also a lack of a global and integrated strategy to fight slavery in Mauritania once and for all.

5. What are the other challenges faced by anti-slavery and human rights activists?

In Mauritania, human rights activists are facing several challenges. Their organisations are not fully recognised by the authorities.

There is an absence of internal legislation protecting human rights activists, to such an extent that activists are often exposed to multiple risks in their attempt to defend human rights violations and victims. Reporting a human rights infringement is dangerous as those who try to do so are threatened. For example, a humanitarian NGO leader Aminetou Mint El Moctar has received death threats for the work he does.

There are also threats, pressure, intimidation and blackmail by public authorities against human rights activists fighting for the rights of minorities and the protection of their languages and culture. Human rights activists who dare speak out in favour of the principle of presumption of innocence until proven guilty - even though it is enshrined in national and international laws – also face such pressures such as in the case of Ould Mkheitir.

There are barriers of all kinds established to prevent human rights activists from supporting women victims and protecting them from all forms of discrimination that include rape, child abandonment, early and forced marriage and aggression. There is a lack of knowledge in the judiciary concerning women and children’s rights.

6. How can the international community support civil society in Mauritania in advocacy against slavery and human rights promotion?

The ongoing nature of slavery in Mauritania should be addressed by all means. The international community can play a major role by supporting the adoption of a law promoting and protecting human rights activists in compliance with the United Nations Declaration on Human Rights Defenders.

It can also assist in putting pressure on the government to implement national laws and respect international legislations.

7.Any other additional information you wish to convey?

Slavery in Mauritania is a reality that no-one can deny, except of course those affiliated to the present regime. If slavery wasn’t a reality, why adopt laws on slavery and its legacy or establish a national agency dedicated to this issue? This proves that the fight against this problem is an uphill struggle.

Beyond the issue of slavery, which is a crime against humanity, other human rights infringements also exist including racial discrimination such as the exclusion of the black Mauritanians and the expulsion of Mauritanians to Senegal and Mali. This highlights how concerning the situation in Mauritania is.