Collaboration as currency, key to stop FGM in 5 communities in Nigeria 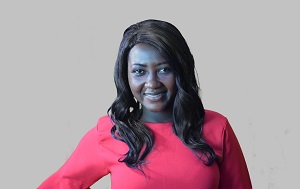 Today, Dolapo Olaniyan, Director of The UnCUT Initiative, shares why collaboration could be the new currency for civil society organisations that are facing funding constraints.

Last February, five communities in Asa village, located in the Osun state, South West Nigeria, unanimously and publicly agreed to stop Female Genital Mutilation (FGM) – a harmful, cruel and extremely discriminatory practice recognised internationally as a violation of the human rights of girls and women, but that is still common in some countries in Africa, the Middle East and Asia. This is a big victory in a country where FGM affects 25% women (aged 15-49). It was also a victory for us at The UnCUT Initiative, an organisation focused on ending female genital mutilation across high risk communities in Nigeria by 2030, as the public “abandonment ceremony” was the culmination of work started in October 2018.

Our journey was not easy. Right from the beginning, we realised that we were not only fighting against a controversial and deep-rooted practice, we also faced serious difficulties to cover key expenses through traditional fundraising.

Our initial proposals to traditional donors, banking institutions and even individuals were turned down, mainly for two reasons. First, the election period drew closer in Nigeria, and people are more cautious with money as elections are perceived as a moment of political instability that slows down the economy. The second and maybe biggest obstacle was that FGM is seen as a controversial subject, therefore, many funders don’t feel comfortable supporting our initiative or feel they must be careful when doing it.

In that moment we decided to re-strategise: instead of requesting money, we explored collaboration alternatives to get the materials and services we needed. Using this approach, donors seemed to feel safer as they could contract people to get the job done on their behalf, and it made us look beyond the traditional funders and funding stream, focusing more on mobilising local resources and partners.

First, we reached out to the British Council, which usually does not fund community-based projects, but rather funds education and tech-based initiatives. They contracted their vendors to produce certificates, awards and information, education and communication materials for us, and covered our media outreach as well. That was a big relief on the budget! Then, we approached Action Health Incorporated, a non-profit organisation focused on improving the health outcomes of adolescents and youths, and they supplied over 700 pieces of souvenirs and promotional materials. Another collaboration partner we found was the private media company Eleven22, which offered us videography, graphic designs and editing services for free. At this point, the budget was almost near fulfilment. 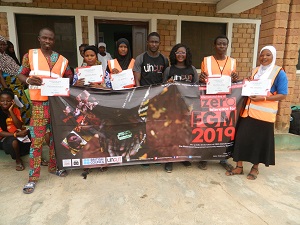 Lastly, we had to cover the advocacy costs across the 5 communities—most communities, especially low-income areas needing social behaviour change, require incentives to motivate them for their attendance and engagement. This time, we needed money, but with help from the antiFGM champions, we saved 90% of what would have costed us paying conventional facilitators to carry out the project activities.

Most of the antiFGM champions are matrons in medical centres, youth leaders, traditional leaders, vigilante group heads, women leaders and traditional birth attendants who have a strong status and influence in their respective communities. They had been advocating against FGM for around six months and we usually support them with stipends for communication and transportation.

For this project, the antiFGM champions became official advocacy officers, going from door-to-door, settlement to settlement, encouraging people to quit FGM. We entrusted them with the duties of mobilising communities and, therefore, we paid them extra stipends for their valuable work. This worked like magic! The advocacy costs were manageable for us and the work of the antiFGM champions was just outstanding – they advocated day in and day out and managed to mobilise over 200 community members for the public declaration in February, instead of the 100 that we expected. This project wouldn’t have achieved its goals with them.

Having access to, at least, small seed funds is still necessary to ensure that The UnCUT Initiative and similar organisations and movements can achieve their mission. But based on this experience, we realised that, when funds are hard to come by, collaboration could become the new currency to resourcing projects, especially the more sensitive ones, in a more participatory and engaging way.

On one side, identifying the right people and organisations (with relevant expertise or legitimacy) who could provide items or services for our projects’ needs could be just more effective than asking for money. On the other side, if we promote well our organization’s cause and objectives, and help people see their socio-economic implications and how the problem affects them, their families and communities, they would be more likely to see the importance of collaborating and engaging with us, rather than just funding.

Get in touch with The Uncut Initiative through their Facebook page.