25 years later, looking back at my CIVICUS journey 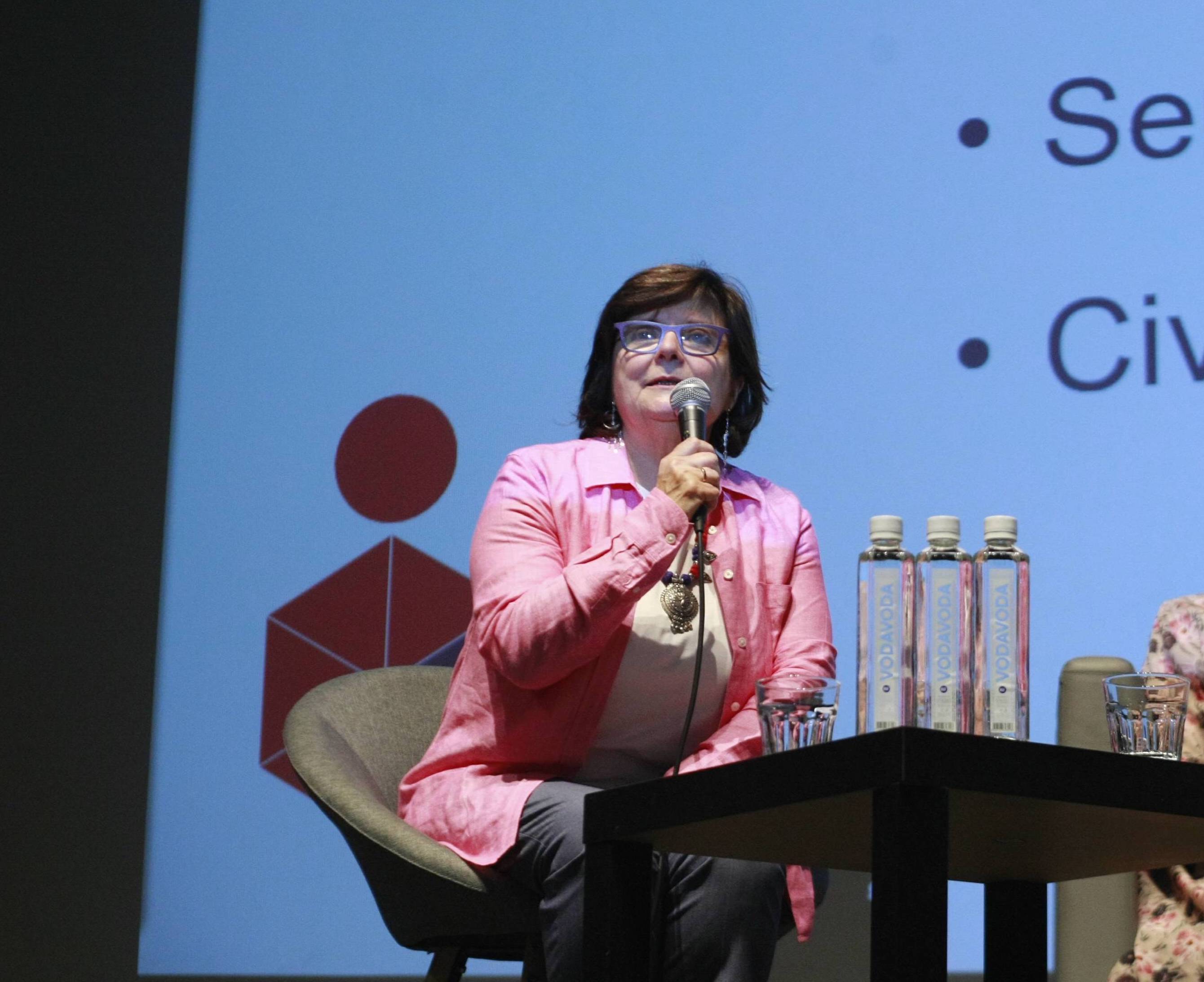 In early 1993, democracy was rather “young” in many parts of the world. Only less than four years had passed since the fall of the Berlin Wall; Apartheid had not yet been totally dismantled and the first elections in South Africa held with universal suffrage were to happen the year after, in 1994. At the same time, the early nineties saw several countries in Latin America taking their first steps towards elected democracies, after more than a decade of military dictatorships.

Internet did not exist yet, and global communications were something at least very new, slow and difficult. Only one year earlier, in 1992, a professor of sociology at the University of Aberdeen had described globalisation as the compression of the world and the intensification of the consciousness of the world as a whole.

So, in that context, isn’t it really admirable that a group of individuals, from diverse regions and parts of the world, came together to found CIVICUS, as a global alliance of civil society organisations? Those visionaries defined the mission of the new Alliance as: “to strengthen citizen action and influence, based on the underlying principle that free and effective societies exist in direct proportion to their degree of citizen participation and influence." (CIVICUS Organising Committee, minutes Lisbon meeting January 1993).

Today, more than 25 years later, this mission is still valid and current, and it is also our permanent challenge. Freedom, participation and solidarity remain as one of our basic goals and fundamental values.

My 25-year journey with CIVICUS

As I reflect on my own journey with CIVICUS, a series of images come to my mind, and I relive my first contacts with CIVICUS like one of those high-speed movies. I learned of the new organisation in the first months of 1993: while helping to consolidate local democracy, civil society organisations in Latin America were seeking new international horizons and collaborations.

I never imagined that my visit to Independent Sector in Washington DC, at that moment hosting the recently founded Alliance, would result in such a long-lasting and enduring relationship. For the last 25 years, I have had the privilege of following and participating in CIVICUS history, its achievements, challenges, strategies and course corrections, from diverse positions: I have been a member, a partner, a Board member, the Chair of Board in two different opportunities.

One of CIVICUS first successful steps was probably its first international meeting. Soon after the organisation was founded, in 1995, the first CIVICUS World Assembly took place in Mexico City: 500 people from more than 50 different countries came together to learn about the new organisation and to have conversations on how to strengthen citizen action and cooperation opportunities. Since that moment, 16 global events have been organised in all parts of the world, global gatherings for civil society to connect, debate and create shared solutions, now known as International Civil Society Week (ICSW). The most recent one, in Belgrade, Serbia happened just last month, and was a vibrant gathering attended by over 700 delegates from 92 countries.

From the very beginning, CIVICUS prioritised activities such as networking, information-gathering and building the capacity of existing and new national and regional associations. Consistent with this, the Affinity Group of National Associations (AGNA) was one of CIVICUS’ first, and still enduring, programmes, bringing together national associations and regional platforms from around the world for more than 20 years to foster greater cooperation across boundaries.

From its inception in 1993, CIVICUS has sought to make a significant contribution to recording the rise of civil society around the world, and to building a knowledge base on civil society by civil society. A first World Report on Citizen Participation came out as early as 1995, intended to get a grasp on the state of civil society worldwide. Later in 1997 The New Civic Atlas was published, as a compilation of civil society profiles from 60 countries around the world. In order to provide consistency with regard to the issues covered and a more rigorous comparative framework and after a number of consultations, in 1999 CIVICUS was ready to launch a new idea, the Civil Society Index (CSI).

I remember so well the words of former CIVICUS Secretary General Kumi Naidoo, reporting years later that participants of the CSI consultations had described the project as “an exercise in madness,” especially due to the lack of data on civil society in most countries, and the contested definition of civil society that would not allow comparisons or global analysis. But CIVICUS challenged the paradigms once again and the so-called Diamond Tool was presented in the CIVICUS World Assembly in Manila, as the preliminary methodological design for the CSI project.

Subsequently, CIVICUS developed a fully-fledged project design and the CSI had its pilot phase from 2000 to 2002, with the CSI implemented in 13 countries. The evaluation of the pilot phase recommended modifications in the methodology and considered the Index project as “an innovative, contextually flexible, empowering and uniquely participatory tool for self-assessment by civil society stakeholders of the state of civil society in their countries” Two full phases followed, from 2003 to 2006, with the participation of 53 countries, and from 2008 to 2011, with the CSI implemented in 56 countries and also at regional level in six African countries.

The results of the decade of CSI implementation yielded an enormous contribution to the body of knowledge about civil society around the world. The world was changing very fast, new actors burst onto the scene: The Indignados Movement in Madrid, the student protests in Chile and in other countries, the Arab Spring, all these new started to rise in late 2010 with peaks during 2011 and 2012. The CSI findings were clear and very well oriented, pointing out a noticeable disconnect between established civil society organisations and the increasing number of citizens involved in both new and traditional forms of activism. It does not come as surprise that the final CSI report title was “Bridging the gaps: citizens, organisations and dissociations” (2011) and concluded that the CSI needed to evolve to encompass the changing landscape.

Conditions for civil society proved to be volatile and can change very rapidly, so information cannot be out of date. Indeed, more agile tools were needed, without compromising the rigor that characterized the CSI tool, in order to continue providing a leading barometer of that human impulse to freedom, justice and collective endeavour.

CIVICUS has listened and has tried to respond to the changing situations and the multiple demands. The State of Civil Society Report, published annually since 2013 and the CIVICUS Monitor launched in 2016, are part of that necessary evolution. The State of Civil Society Report has become CIVICUS' flagship annual publication, providing the key trends affecting civil society organisations (CSOs) and citizen movements. Furthermore, the CIVICUS Monitor is a research tool aimed to share reliable, up-to-date data on the state of civil society freedoms in all countries. Danny Sriskandarajah, our Secretary General from 2012 to 2018, defined the CIVICUS Monitor as “the first robust and comprehensive tool to track conditions for civil society around the world”.

CIVICUS is indeed one of the few organisations whose main job is to protect and promote civil society writ large, all over the world. And in the years to come, no doubt that CIVICUS will continue listening to our members, partners, to our primary constituencies and will always be ready to innovate, will work hard to understand realities to defend civic and democratic freedoms, to strengthen the power of people, and to empower a more accountable and innovative civil society.

As we prepare to address new challenges, we are fortunate to find ourselves in a position of strength at CIVICUS: with a stable financial base, a committed and diverse board, a broad and growing membership and a talented secretariat team led by Lysa John, our inspiring new Secretary General. We have the best conditions to continuing strengthening citizen participation around the world.

As I step down from the Board soon, I can only say how privileged and grateful I feel. Thank you for the opportunity of having served for so many years, for all the learnings, for the love and friendship that I have received, for having met the most committed people to justice that can exist. CIVICUS is about shared values, solidarity and inclusion. I will always be a champion for those values. Thank you CIVICUS!