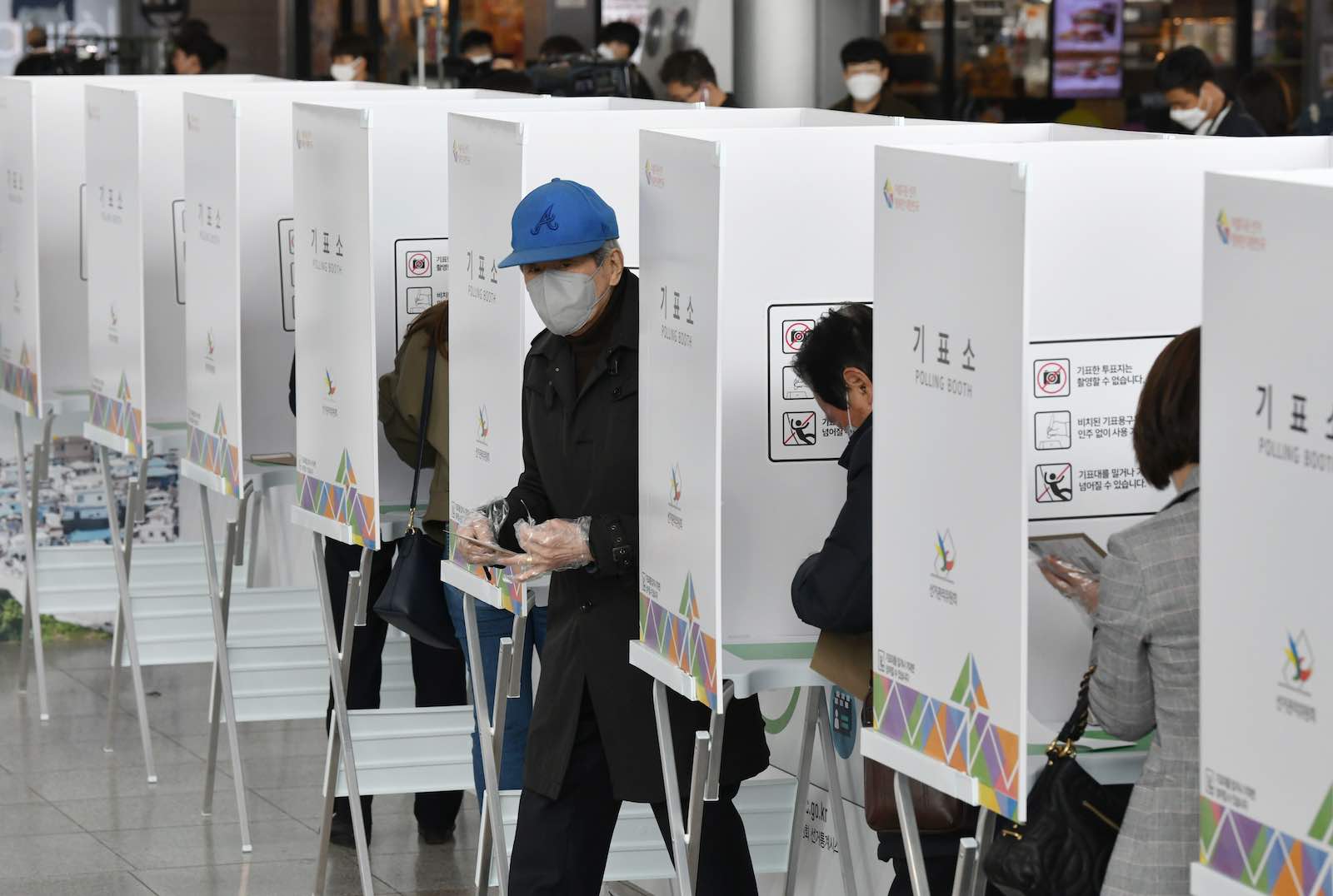 Voters in South Korea will go to the polls in presidential elections on 9 March 2022, in what is expected to be the tightest race in 20 years.

The two front-runners are Lee Jae-myung of the ruling Democratic Party and Yoon Suk-yeol of the People Power Party. Lee is a former governor of Gyeonggi province who came to prominence through his aggressive handling of the coronavirus pandemic and his advocacy of a universal basic income. Yoon is a political novice but has gained popularity, thanks to his image as a staunch prosecutor-general who steered high-profile investigations into corruption scandals engulfing aides to former President Park Geun-hye, South Korea’s first female president, and current President Moon Jae-in.

While the election process is expected to be free and fair and that individuals infected with COVID-19 will be able to cast their ballot, there have been some concerns that they will be restricted to vote only from 6.00 to 7:30 p.m, which may not be sufficient to ensure everyone can do so in time.

There have been a number of issues that have come up in recent weeks, ahead of the elections including on the economy, housing, corruption and foreign policy, especially on North Korea. However, there still seems to be a clear lack of commitments by both candidates on their human agenda in the country.

South Korea’s civic space rating is rated as ‘narrowed’ by the CIVICUS Monitor. While the country’s democratic system features regular rotations of power and robust political pluralism and civic freedoms are generally respected, a number of issues continue to raise concerns for human rights groups.

One of the key issues that have come up over the last few years is the restrictions and investigations of civil society groups working on North Korea. In December 2020,  South Korea’s parliament passed revisions to a law to ban the launching of propaganda leaflets into North Korea. The government claims the ban was for the safety of people living in border regions and to help government efforts to achieve peace and unification in the Korean peninsula but activists have condemned the amendments saying it has too broad a scope, would violate the rights to freedom of expression and would make engaging in human rights activism a criminal offence. In May 2021, the law was used against a well-known North Korean defector, Park Sang-Hak. His office was raided, and he was arrested and questioned.

Linked to this has been the administrative review of nearly 300 NGOs registered with the Unification Ministry that are working on North Korean human rights or supporting efforts to assist North Koreans. Human rights groups have condemned the targeted campaign of regulatory intimidation against civil society groups, calling it “discriminatory, lacking in transparency and intended to provoke fear and intimidation, creating a chilling effect”.

Another concern has been privacy rights and freedom of expression in the country. In 2019, the South Korean media regulatory body, decided to ban access to over 800 foreign-based websites using a Server Name Indication (SNI) field filtering system to block users’ access to content on a certain server before it is encrypted. Many had expressed concern that these steps could easily be used to exert mass censorship. This adds to an increasing number of policies that restrict freedom of expression and impose censorship in the country. Since 1948, South Koreans have had to abide by the National Security Act that prohibits the ‘praising, encouraging, or propagandising’ of North Korea. Further, the Act on Anti-Terrorism for the Protection of Citizens and Public Security also enables the National Intelligence Service to remove any content posted online that they deem “a threat to security”.

Restriction on protests, using the pandemic as a pretext, is another civic space concern. In October 2020, anti-government protests were met with various pandemic restrictions including “bus walls”. Police parked busses along main avenues and around the central Gwanghwamun Square - which has long been a symbol of democracy - to seal off the areas. They also set up some 90 checkpoints to prevent vehicles from bringing in protesters, while the subway did not stop at several stations at protest venues.

In September 2021, the police arrested Yang Kyeung-Soo, president of the million-member Korean Confederation of Trade Unions (KCTU) for allegedly violating COVID-19 social distancing requirements by organising a rally demanding a revision to the labour act. The government had refused to grant a permit for the rally despite the union’s repeatedly expressed commitment to the COVID protocol.

Discrimination against lesbian, gay, bisexual, transgender, and intersex (LGBTI) people in South Korea also continues to be an issue. LGBTI people face multiple legal, social, and economic barriers, which increase social exclusion and isolation. Despite a concerted effort by civil society, the government has failed to adopt a comprehensive anti-discrimination legislation that includes explicit protections for LGBTI people. There are also concerns about hate speech, particularly by Korean politicians and religious leaders who have made openly discriminatory remarks against LGBTI people.

During South Korea’s review at the Human Rights Council in 2017, the government supported recommendations to guarantee freedom of expression, assembly, and association and safeguard the activities of human rights defenders as well as adopt a comprehensive anti-discrimination law. However, they have yet to be implemented fully. At the recent US Democracy Summit in December 2021, President Moon Jae-In said that South Korea was an "exemplary testament" to the value of democracy, citing the Korean people's struggle against authoritarianism.

Therefore, it is crucial that the presidential candidates use this opportunity to explain to the South Korean people their policies on human rights and publicly commit to meeting South Korea’s international human rights obligations. Failing to do so will sadly limit the expansion of the state of civic space in the country.