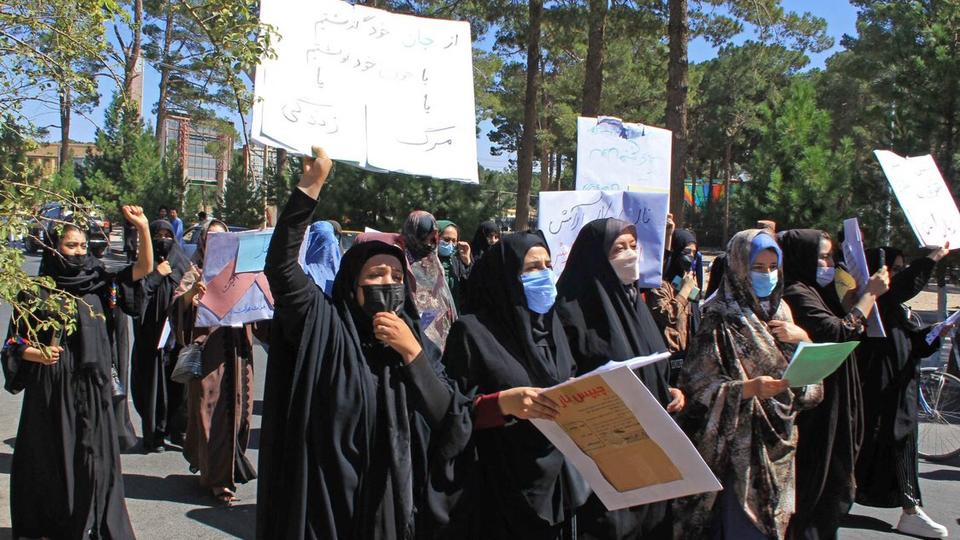 Fundamental freedoms and rights have changed significantly in Afghanistan after 15 August 2021 with the return of the Taliban back to power. Afghanistan on 14 August 2021 was a country which guaranteed the rights and freedoms of people, especially women including the rights to education, employment, freedom of association, assembly and expression. However, it turned into to a country with almost none of these rights on the 15 August.

Between 2002-2021, Afghanistan made significant progress in the fields of fundamental rights and freedoms. One of the biggest achievements was putting into place guarantees and protections for freedom of expression, association and assembly among others.

Since Taliban re-took control of Afghanistan last year, the group dissolved the constitution, and other laws and regulations including on political parties. They also shut down the Ministry of Women Affairs and the Afghanistan Independent Human Rights Commission which were among other the key institutions that were mandated to protect human rights and women rights in Afghanistan. The first casualties of the Taliban’s policies were women and girls who are systematically being denied access to education, employment, political participation among other rights.

At the same, Afghan women have refused to remain silent and have continued to push back. They have been the ones who are fighting at the forefront to maintain their fundamental rights and freedom since August 2021. Afghan women are continuing to come to the streets and protest against the discriminatory policies of the Taliban in several provinces including Kabul.

Afghan women protesters are demanding their rights to education, employment and civic freedoms that are not only denied by the Taliban, but in several instances the protests were violently supressed and peaceful protesters were attacked. Dozens of activists leading the protests have been abducted, arrested, unlawfully detained, tortured, killed and forcibly disappeared, mostly women.

Some who were released by the Taliban the families have had to sign a letter guaranteeing that they would not disclose the details and treatment of the detainees even if the person required medical assistance. If they disclose such details, they would have to accept any punishment by the Taliban authorities.

Many who participated in anti-Taliban protests are living a life of fear and most of them are in hiding. Some of the individuals including journalists and women protesters who were detained by the Taliban have shared tales of the horror and chilling experiences that they endured in detention centres including acts of torture, inhuman and degrading treatment committed against them by the Taliban.

The Taliban has continued to commit these crimes with impunity and without being accountable to anyone.

As we celebrate the 16 Days of Activism globally, it is crucial we remember all the Afghan women who have shown utter bravery standing and resisting the Taliban’s discriminatory policies. Because of this they have been targeted.

There is a real need for international solidarity in support of Afghan women to reclaim their fundamental rights and freedom. States must take steps ensure more robust international accountability mechanisms to hold the Taliban accountable.

They must also provide Afghan human rights defenders with financial, diplomatic and political support, including by issuing humanitarian visas and funding resettlement programmes, and to apply pressure on the Taliban to create a safer space for human rights defenders in Afghanistan. International civil society groups must also speak up louder and provide spaces and support for Afghan activists

If we want the right to win, we must stand against all wrongs!