MALAYSIA: ‘Migrants are amongst the first to be victimised and discriminated during the pandemic’ 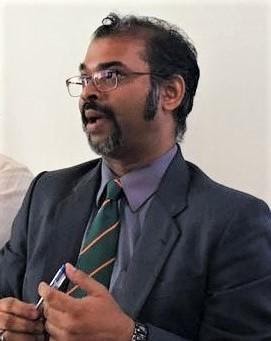 CIVICUS speaks to Adrian Pereira, the Executive Director of North South Initiative (NSI), about the situation of migrant workers in Malaysia amid the COVID-19 pandemic.

NSI helps build advocacy and leadership capacities among migrants, refugees and stateless persons, both documented and undocumented, so they can claim their rights. It also monitors labour and immigration-related abuses by authorities, employers and local workers and ensures that migrant organisations are connected to a strong solidarity network and are able to cooperate with other civil society organisations (CSOs) and trade unions.

There are estimated to be somewhere between three and six million migrant workers in Malaysia. Migrant workers are set up for exploitation by a combination of unscrupulous recruitment agents and employers, harsh immigration policies, unmonitored supply chains and a lack of enforcement of labour protections. They are subjected to passport confiscation, low pay in violation of minimum wage laws, poor living conditions, punishment by fines, high recruitment fees and debts to recruitment agencies and employers, forced labour, human trafficking and salary deductions. A report on the ability of migrants and refugees to access civic freedoms, produced by CIVICUS and Solidarity Center in collaboration with NSI, showed that the rights to the freedoms of association, peaceful assembly and expression in Malaysia are severely restricted for these vulnerable minorities.

What was the situation of migrant workers’ access to healthcare prior to the pandemic?

Malaysia removed subsidies for migrant workers to access public healthcare in 2016. Given that migrants rely mostly on public medical services, this measure resulted in declining quality and access to healthcare by migrants, both documented and undocumented, as the high cost of private alternatives usually deters them from getting any healthcare. Despite migrants and their employers and agents paying billions of Malaysian Ringgit per year in levies, taxes and other payments, they are not getting their money’s worth in healthcare.

Those who are undocumented are only able to access private healthcare, because if they try to access public healthcare, immigration authorities will be informed, and they will come to arrest them. Over the years, brutal enforcement by police, immigration and customs forces and the People’s Volunteer Corps towards undocumented migrants has made them even more fearful of seeking medical treatment.

There are also cultural competency gaps between medical practitioners and migrants, which make it difficult for them to get proper healthcare. Domestic workers who don’t have days off and are locked indoors have an even more difficult time in accessing healthcare.

What additional challenges have migrant workers faced since the beginning of the COVID-19 pandemic?

Many migrant workers, and especially undocumented and informal ones, have lost their source of income. As a result, they can’t pay for food, rent and medicines, unless they have tested positive for COVID-19, in which case their quarantine and care is covered by the government. Only migrants who provide government-sanctioned ‘essential services’ are able to work. But their safety really depends on whether the companies permitted to operate comply with rules set by the government. The rules are meant to ensure workers are safe from the risk of COVID-19 infection and can continue to work. But there is almost no one to monitor this consistently.

The government has announced an economic stimulus package that sadly has marginalised migrant workers. There is a worker’s salary subsidy to ensure companies don’t have to retrench workers, but this does not apply to migrant workers. Previously, migrant workers were also excluded from the Workers Insurance Scheme under the national social security body, which would ensure a safety net for workers who were retrenched. The Movement Control Orders (MCOs) imposed by the government to restrict travel that came into force on 18 March have made it difficult for migrants to travel to access basic services, food, banking and other essentials. In Enhanced MCO areas, service providers can’t even enter. Informal sectors are sacking and abandoning the migrants who worked for them, particularly undocumented migrants and refugees.

Employers are forcing migrant employees to resign or take unpaid leave. Employers are taking advantage of the MCOs to not pay their workers. NSI received reports of at least two cases of unpaid salaries way before the MCOs were imposed. One had been unpaid since December 2019 and another since February 2020.

There is also fearmongering going on, with fake messages and misinformation online putting migrants at risk of backlash from Malaysians. The government pledged not to arrest and detain migrants who come forward for COVID-19 testing. But there is still a lot of fear among migrants and hence many are not coming forward. Some sectors that are very economically aggressive are forcing the government to allow them to reopen so workers can go back to work. We have seen this in the Sabah state palm oil sector.

The European Union (EU) is also putting both migrant and Malaysian workers at risk of forced labour by asking Malaysian personal protective equipment (PPE) manufacturers to ensure production continues during the pandemic. The EU has offered tax incentives to Malaysian companies to supply PPE. Further, small and medium enterprises that have been hiring undocumented workers for many years have abandoned their workers, claiming they are short on cash.

How have you and other CSOs responded to the situation?

We are coaching migrant leaders to ensure their communities have access to networks that provide services and can provide accurate information about needs to those who are providing services. Some public networks, such as the ‘Care Mongering Malaysia’ group, are proving a platform for Malaysians to reach out to help migrants and refugees in need. This is an online platform that links those who need help with those who can afford to provide the service. Also, Sikh temples are providing groceries and packed lunches.

Other CSOs working hard on the ground to provide groceries include BERSIH2.0, Beyond Borders, Dapur Jalanan, Engage, Geutanyoe Foundation, HOPE, Liga Rakyat Demokratik, Malaysian Trades Union Congress, Our Journey, The Patani, Refuge for the Refugees, Tenaganita and also migrant and refugee community organisations.  Migrant workers can call them when they need assistance with food.

We are forming a network to ensure services can be delivered in the long term, as we foresee the problems continuing for many months to come. Many migrant workers will remain and will need aid, so we are developing a supply chain to support them.

We are ensuring migrants receive accurate information from global bodies such as the International Organization for Migration, United Nations (UN) Development Programme and UN Refugee Agency and also from the various government agencies related to health, labour, security and welfare. This includes providing information via infographics on counselling services and on health issues in different languages.

We are also fighting misinformation related to migrant workers and refugees. There has been a lot of fearmongering blaming them for the spread of the virus.

We are also encouraging migrants to seek medical treatment if they are sick and monitoring employers who are taking advantage of the current situation and committing labour offences, particularly as the MCOs have partly restricted lawyers from providing legal representation and legal aid.

What further support does Malaysian civil society need at this time?

We need cash to support migrants’ needs, including to pay for groceries, bills, rentals and safe repatriation home after the MCOs. We are also seeking funding opportunities because as long as the MCOs apply, we are unable to conduct physical meetings, and most fundraising is based on this. We also need legal aid services for those who are being retrenched unfairly and detained unjustly.

What lessons have you learned so far from the pandemic?

We have seen that the government has barely consulted CSOs before implementing policies and this is not in line with good governance principles. Also, there is overkill in punishing those who violate MCOs, including people who are forced to breach the MCOs due to livelihood issues. Further, the over-securitisation of migration over the years has now caused a backlash against migrants, who have been neglected.

Migrants are amongst the first to be victimised and discriminated against during the pandemic as they are neglected and don’t have strong safety nets. A capitalist system that operates on the basis of mega global supply chains and mega businesses does not have a proper risk-management plan that ensures accountability and transparency. Malaysia also has a problem with statistics, as it has been doctoring the numbers of those in poverty and has failed to address the problems resulting from the huge number of undocumented workers due to the meddling of the deep state.

The civic rights of migrants have been suspended under the MCOs and Enhanced MCOs, and this in turn has weakened their bargaining power to gain their rights. There has also not been enough cooperation between migrants’ countries of origin and Malaysia to ensure the safe repatriation of those who want to return home, which poses a high risk of infection for everyone. We have received reports that under the MCOs, migrants are forced to use irregular passages to travel home. Embassies have turned to Malaysians for assistance for their citizens.

CSOs are also not as united as I had assumed in building consensus in dealing with the problems, as they have struggled to cope with this. At the same time, some Malaysians who may have been biased against migrants have, in this time of need, showed compassion and responded in solidarity to migrants’ struggles. As has become clear, in the long term, the economic contributions of migrants ended up benefitting everyone except migrants themselves.