TURKEY: ‘If we withdraw from Istanbul Convention, it means we don't believe in gender equality’

In the run-up to the 25th anniversary of the Beijing Platform for Action, due in September 2020, CIVICUS is interviewing civil society activists, leaders and experts about the progress achieved and the challenges ahead. Focused on eliminating violence against women (VAW), ensuring access to family planning and reproductive healthcare, removing barriers to women’s participation in decision-making and providing decent jobs and equal pay for equal work, the Beijing Platform for Action was adopted at the United Nations’ (UN) Fourth World Conference on Women in 1995. After 25 years, significant but unequal progress has occurred, not least as the result of incessant civil society efforts, but no country has yet achieved gender equality.

CIVICUS speaks to Elif Ege, a volunteer at Mor Çatı, a civil society organisation founded by Turkish feminists 30 years ago to fight VAW. Mor Çatı runs a solidarity centre and the only independent women's shelter in Turkey. It focuses on providing legal, psychological and social support to women, and on fostering feminist policymaking, through law-making, putting pressure on government to implement laws and monitoring implementation. 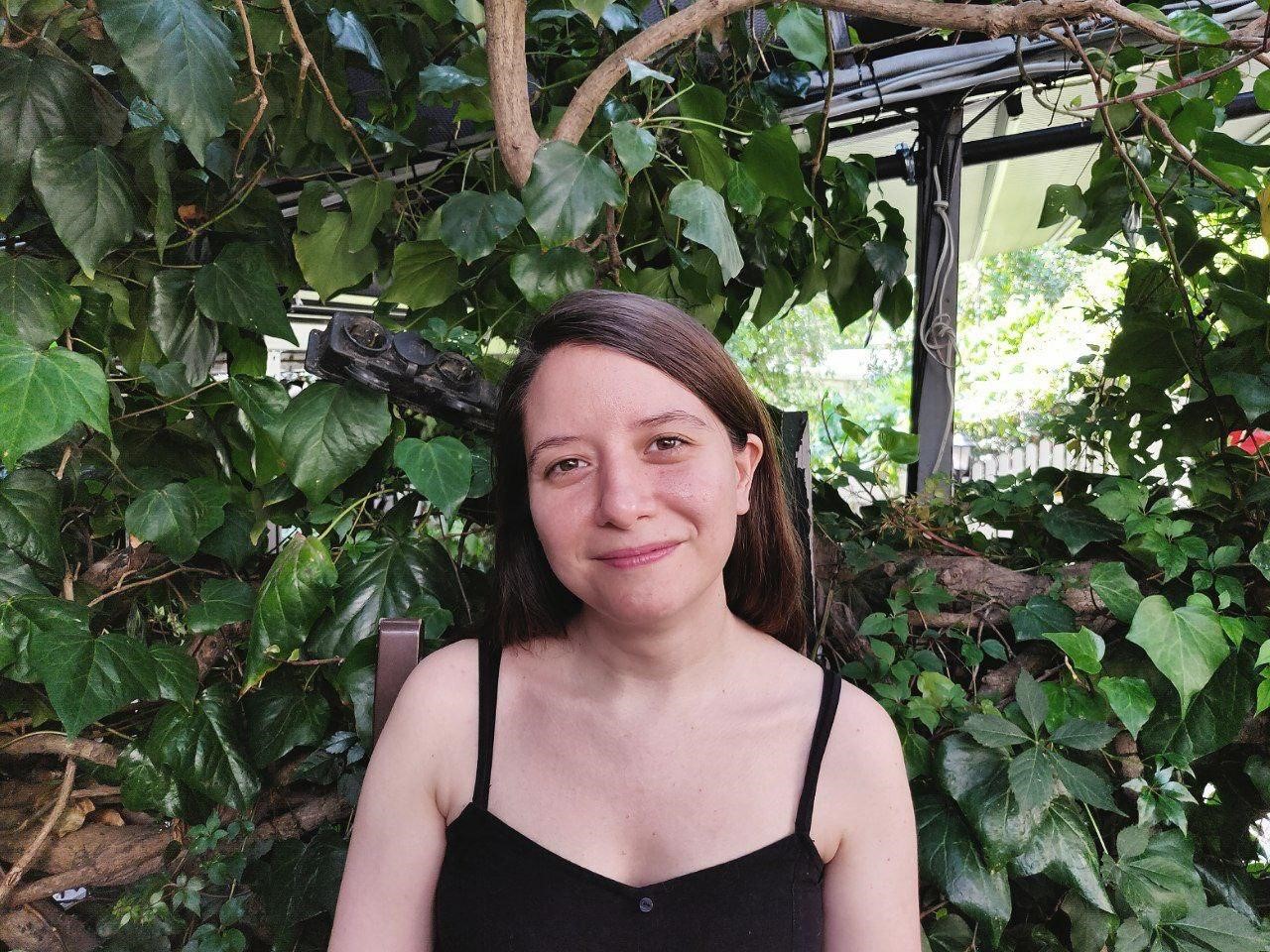 What is the situation of women’s rights in Turkey?

In Turkey there have been many achievements in terms of women’s rights and gender equality. Feminists have been involved to some extent in law-making processes. If you compare the laws of different countries, you will see that we have a great law on VAW that is very extensive and provides many rights for women who experience violence, if implemented correctly. Mor Çatı is one of the organisations that participated in the process of making this law. We were part of the women’s movement that was the driving force behind this law. When we look at it now, our main problem is implementation. In addition, over the last few years, we have struggled to preserve gender rights laws. It is no longer only about implementation, but also about keeping these laws. There have been several attempts by the government to repeal them.

The situation of gender rights has deteriorated. One major principle that our organisation has advocated is that VAW is intricately linked to gender inequality. It derives from discrimination and inequality between women and men. In Turkey we have struggled with statements from high-level government officials, who have declared explicitly that women and men are not equal. We are actively trying to fight against this mentality that does not accept gender equality.

Further, there is no official data regarding VAW. That is why it is impossible for us to know the exact numbers. We can only gather data from women who reach out to us and this data shows that VAW is very high at the moment. We know that women from different segments of society experience many different forms of violence. Considering the escalating violence and the damaging comments against gender equality, I would say the situation is deteriorating.

What are the key challenges in terms of Beijing+25 process and Agenda 2030 implementation?

The elimination of VAW is one of the main challenges remaining. That is why we will continue to put this issue on the agenda when mobilising around the Beijing+25 process.

Along with other Turkish women’s and feminist organisations, such as Women for Women’s Human Rights-New Ways, Mor Çatı has traditionally participated in international meetings and transnational advocacy work. We share our knowledge and learnings and build solidarity in the international arena. We participate in the Beijing+25 process and Agenda 2030 implementation with a focus on VAW and we bring in our experience on this subject.

These mechanisms are used to push the government to take action with the help of general recommendations. Women’s rights organisations have a long tradition of participation and of using these international mechanisms. But there has been a change on the part of the Turkish government. In 2000’s the government was more responsive to these mechanisms. They were listening to recommendations, but now we are experiencing pushback.

We saw some progress in the past. Over the years, through the monitoring meetings of the Convention on the Elimination of all Forms of Discrimination Against Women (CEDAW), the Committee on the Elimination of Discrimination against Women told the government to make some changes and we saw those changes happening. The number of shelters was not enough and now we have more shelters. But now we see that there is a lack of a feminist approach. This is a significant problem which is seen in the shelters.

Abortion is also a big issue. Again, we have a law that provides women with the right to abortion and abortion is legal but this law is not implemented. In practice abortion is denied by public hospitals and in some cases by private ones as well. So right now women do not have easy access to their right to abortion.

To what extent has the COVID-19 pandemic exacerbated these challenges? What role has civil society played in addressing them?

During the pandemic, we have been working a lot, much like everyone else who works on VAW. We can easily say that conditions have deteriorated, as all the support mechanisms that are supposed to prevent violence and protect women have failed. The situation was not good before, but it has worsened. It’s not just that the rate of violence has escalated, but that the whole mechanism has fallen apart. We have an ongoing issue with the police forces. According to the law, when a woman goes to the police to seek shelter, police should immediately take her to a women’s shelter. But instead, police officers tended to show deterrent behaviour, giving women false information to try to make them change their minds and go back home to the violent environment. We were having a lot of difficulties with this before the pandemic, but during the pandemic the situation got worse. The pandemic served as an excuse for such behaviour, as police could easily lie to women and say that shelters were closed, even though they were not. This is just one example. We didn’t have any online psychological support mechanisms in place, which meant that women were alone in an abusive home environment.

Social media has become a great tool for us. We used to make use of it a lot before, but during the pandemic we used it more. We used it to provide information to women, to let them know about their rights. In Turkey, there was no complete shutdown; there were some exemptions. The government was responsible for communicating to women that one of the exemptions regarded VAW: in case of violence they could still go to a police station. But they didn’t make such announcement, so we had to provide this information. We also shared a lot of information that we collected on problems encountered with the police, the bar associations and other state institutions. We created posts about this on Twitter, Facebook and Instagram to let the public know about it. We put out a lot of reports, collected a lot of information and data and presented them to the public. We also continued to provide support for women.

From mid-March to end of June 2020 we conducted over 514 interviews with women. Most of these interviews were with women who called us for the first time. This number is a bit higher than that of the women who called us during the same period last year. But we want to emphasise that this doesn’t mean that domestic violence started during the pandemic. We want to stay away from the discourse that suggests that domestic violence escalated during the pandemic. We rather want to emphasise that it is support mechanisms that have failed women. In the absence of support mechanisms, women who would otherwise have been able to solve their problems by themselves could not do so.

As a gender rights organisation, have you faced additional restrictions on your right to organise, speak up and protest?

Generally speaking, the right to protest is restricted in Turkey. Right before the pandemic we held our International Women’s Day feminist march on 8 March. While we were able to host it, we were not allowed to walk so we had to change our route. Right now, the government is considering withdrawing its ratification of the Istanbul Convention, a human rights treaty of the Council of Europe against VAW. This has triggered protests to call for the government to preserve and implement the convention. Our domestic law is in sync with this convention, so withdrawing from this convention would hinder any attempts to prevent VAW. The convention tries to prevent gender-based violence on the basis of gender equality, recognising women as equal citizens. The groups and parties that suggest withdrawing from the Convention say that we can create our own domestic laws. But the Convention itself was already created by the efforts of feminists from Turkey. If we withdraw from this Convention, it means that we do not believe in gender equality. Recently we tried to have a forum about the Istanbul Convention, and it was banned, so it’s not easy.

We need coordinated and correctly implemented policies on VAW. It is not just about the police force or shelters. When a woman wants to leave a violent environment, she needs legal, social and financial support. She needs to stay in a shelter if she has nowhere else to go. All these things, which are mentioned in the Istanbul Convention, need to come together to create a safe environment for women. When the whole support mechanism falls apart, like it did during the pandemic, it becomes impossible for women to leave the house and start their own lives. What we need right now is to discuss not withdrawal from the Convention but how to implement it.

Civic Space in Turkey is rated ‘repressed' by the CIVICUS Monitor.