TANZANIA: ‘What is needed is a new constitution reflecting the will of the people’

CIVICUS speaks about the prospects for democratic change under a new president in Tanzania with Maria Sarungi Tsehai, a communications expert and founder of Change Tanzania. Change Tanzania is a social movement that began on social media as an informal group of people focused on bringing positive, sustainable change to Tanzania. 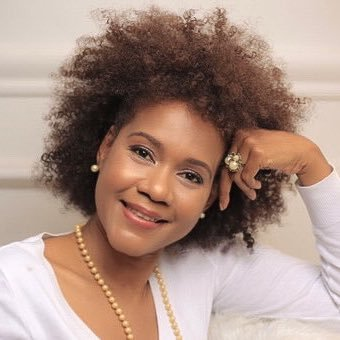 What is the current state of civic space – the freedoms of association, peaceful assembly, and expression – in Tanzania?

Civic space continues to be restricted, as the legal framework has not changed. Amendments have been proposed to the 2020 Electronic and Postal Communications (Online Content) Regulations, which have led to the severe restriction of online freedom of expression and digital media freedoms. However, these amendments are limited good news, as critical issues such as the criminalisation of what is perceived as ‘fake news’ or misinformation remain and the authorities have retained ultimate arbitrary power to take action and have so-called ‘prohibited content’ removed within two hours. The list of prohibited content, which is open to interpretation and has been used to restrict media freedom and the freedom of expression in the past, remains.

Regarding the freedom of peaceful assembly, restrictions have become harsher, to the extent that internal political party meetings are now banned and have been disrupted by riot-geared police, as witnessed recently in the case of a number of meetings and convenings held by the main opposition party, the Party for Democracy and Progress – better known as CHADEMA for its acronym in Swahili – as well as in the case of the National Convention for Construction and Reform, another opposition party, whose internal council meeting was broken up by the police on 28 August 2021.

Those who continued to gather in defiance have been illegally detained and kept incommunicado. In some cases, this has involved dozens of people, while recently in Mwanza, in northern Tanzania, it has affected close to 100 CHADEMA supporters. The chairman of CHADEMA, Freeman Mbowe, was recently abducted by masked security forces and held incommunicado for days before being charged with terrorism – all because he defied police calls and flew to Mwanza to be part of a symposium on constitutional reforms.

When CHADEMA supporters assembled outside the court building the day Freeman Mbowe was due to appear in court, they received rough treatment from the police and were picked off the streets and detained just for standing silently with banners and wearing opposition t-shirts. Many women have been detained in such a way and denied their basic rights to food, water and sanitary pads while in illegal detention. One female CHADEMA leader, Neema Mwakipesile, was detained for over 14 days, and was initially denied any access to a lawyer or contact with family members.

The government has also frequently instrumentalised the COVID-19 pandemic to limit political gatherings. Specifically, any gathering deemed to be critical of the government is restricted using COVID-19 regulations, while mass gathering in stadiums for sports and entertainment are still allowed.

As for restrictions on the freedom of expression, harsh reprisals against those speaking up have not been limited to opposition members and critics but have recently started to target dissenting voices within the ruling Party of the Revolution (Chama Cha Mapinduzi, CCM). On 31 August 2021, a CCM member of parliament, Jerry Silaa Ukonga, was suspended because during a meeting with his constituents he said that parliamentarians should pay income taxes. His suspension will deter other lawmakers from speaking up any matter that may be deemed critical of the government, as the parliamentary leadership is an extension of the executive rather than an independent pillar of government.

Has the new government under President Suluhu – who came to power following the death of President John Magufuli – taken any steps to improve the conditions for civil society and the expression of dissent?

First of all, calling it a ‘new government’ is a misnomer, because it is basically the same government, in which the former vice president became president and a little cabinet reshuffle took place, but most key positions were retained by the same group of people. There was some hope around the new minister responsible for foreign affairs, but for civil society not much has changed, as the mechanisms for the oversight of civil society organisations (CSOs) and the legal framework have remained in place.

In fact, a by-law has been recently introduced whereby CSOs are not allowed to give out joint statements without previously developing a memorandum of understanding that needs to be submitted and registered with the NGO Registrar. So it’s the same laws and the same people who continue to be a threat to any open dissent. This continuity is visible in the government’s response to Tanzania’s Universal Periodic Review examination at the United Nations Human Rights Council, which hardly seems to have addressed any area of concern.

The only visible difference under the new president has been the government’s admission of the existence of the COVID-19 pandemic. The new president has introduced and encouraged COVID-19 preventative measures and Tanzania officially joined the COVAX initiative, as a result of which it has received vaccines.

However, there has been no change regarding the key people overseeing health policies, and as a result trust in the government is low. The mixed messaging has led to apathy and disbelief; therefore, vaccine uptake is slow and even precautions are not enforced genuinely and systematically. Additionally, COVID-19 data has not been released in a regular and systematic manner. The government randomly releases ad hoc and aggregate numbers that are impossible to assess. There are evidently a lot of COVID-19-related deaths that go undocumented.

Do you think the fact that the country has its first female president will make a difference for women’s rights?

So far, nothing has changed. In fact, President Suluhu has fronted herself as a patriarchy enabler, both in rhetoric and appointments. She has adopted approaches similar to those used by previous governments to target opposition and dissent. She has even refused to lift a ban on pregnant schoolgirls from re-entering formal education after delivery.

For real change to happen, a shift in fundamental structures needs to take place, starting with constitutional and legal reforms to enable political competition and allow access for more female decision-makers who are not dependent on patronage by the male-dominated leadership of the CCM. But President Suluhu is ignoring calls for constitutional reform.

What would the government need to do so that Tanzania becomes more open and democratic?

Unfortunately, the government led by the CCM, which is in power as a result of an openly rigged election that was accompanied by one of the most violent post-election repression episodes, is not capable of driving any democratic reform. What is needed is a new constitution reflecting the will of the people. A good place to start would be the ‘Warioba draft’ – named after the chairperson of the Constitutional Review Commission, retired judge Joseph Warioba - that was published in 2013 and ditched at the last minute by CCM in October 2014, during its failed attempt to pass a new constitution through a constituent assembly.

The process has to be revived and it has to be multi-party and involve the citizenry more broadly. But President Suluhu seems unwilling to do this, and in some cases, as in that of Freeman Mbowe, she has shown outright hostility towards the opposition. If its only goal is to cling to power, the government will not work on any real reforms. The sooner this becomes clear to everyone, the better.

Besides writing a new constitution, the government would also need to improve accountability, especially by following up on the Controller and Auditor General’s (CAG) Annual Report. The first thing that President Suluhu did when she was sworn in was to ask the CAG to submit its report and promised that measures would be taken against those civil servants who were involved in wrongdoing. She also ordered a CAG special audit of the Central Bank for the first quarter of 2021. But the report was never published, and only a press statement was released which said that everything was in order. Regarding accountability and transparency, rejoining the Open Government Partnership would be a good starting point. The government should also introduce police and prison reforms and make new appointments for positions including judges, the Inspector General of Police, the Attorney General, the Chief Justice, and other positions to improve justice and social services.

The main focus should be on high-level, intense pressure on the government of Tanzania to engage with the opposition and credible civil society representatives and citizen groups in ushering in constitutional reforms so that by 2025 we will have laid down the foundations for free and fair elections. Otherwise, the next elections may put Tanzania on a very dangerous path in many regards.

Global civil society needs to make sure that Tanzania is held accountable and that in all discussions fundamental structural and legal framework reforms are emphasised. It should make sure not to succumb to nice promising rhetoric and superficial cosmetic changes because allowing the government to get away with such flimsy actions will have very grave consequences.

Those funding projects in Tanzania need to consider funding social movements and more loose coalitions of citizens and groups rather than small circles of civil society actors that embrace a top-down approach. This will have significant impacts on building a society conducive to the greater good and serving the wider population.

Civic space in Tanzania is rated as ‘repressed’ by the CIVICUS Monitor.
Get in touch with Change Tanzania through its Facebook page and follow @ChangeTanzania and @MariaSTsehai on Twitter.

CIVICUS speaks with Eduardo Escobar, executive director of Acción Ciudadana, an organisation that...