MYANMAR: ‘If we fail to take appropriate action, the junta will commit more crimes’ 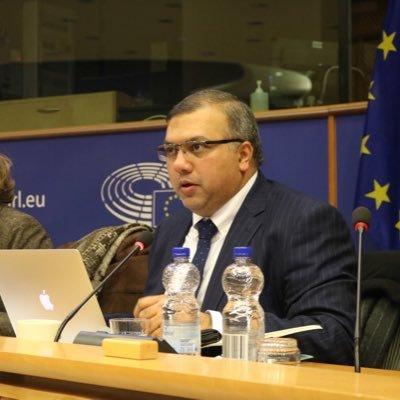 CIVICUS speaks with Kyaw Win, founder and Executive Director of the Burma Human Rights Network (BHRN), about the situation in Myanmar one year after the coup. As the CIVICUS Monitor has documented, activists and journalists continue to be criminalised and killed. Political prisoners have been tortured and ill-treated and the junta continues to block aid and imposes restrictions on humanitarian workers.

BHRN works for human rights, minority rights and religious freedom in Myanmar. It has played a crucial role advocating for human rights and religious freedom with the international community and earned a reputation for providing credible and reliable analysis. It recently published reports on crimes against humanity by the Myanmar military following the coup and on human rights violations and the situation in Rohingya refugee camps in Bangladesh.

What led you to found BHRN?

I was born and brought up in a predominantly Muslim township in Yangon and lived there for 30 years. But in 2009 I had to leave the country and stayed at the Thailand-Myanmar border, temporarily leaving my family. Because I was not able to go back, I eventually moved to the UK and after one-and-a-half years I was reunited with my family.

In 2012, when violence against Muslims erupted in Myanmar, I felt I needed to take action and founded BHRN, which was registered in the UK in 2015. Despite progress in the transition to democracy, we decided to keep BHRN underground. This surprised many, but we felt the situation could reverse easily. Unfortunately, this came true with the February 2021 military coup.

BHRN tracks hate speech both online and offline. We believe hate speech is very dangerous and monitoring it helps us predict impending violence. As we are underground, we are able to collect data on the ground even if it’s very risky. We work in Myanmar and have staff there, including in Rakhine State, as well as in Bangladesh and Thailand. We see the need to expand because as a result of the coup there are restrictions on movement.

We have experts on various themes, including on freedom of religion and Rohingya issues, and we produce monthly reports. We also undertake international advocacy to share our research with decision-makers such as United Nations (UN) representatives, European Union officials and staff of the US State Department, as well as decision-makers in countries such as Indonesia and Malaysia.

We also work with young people in Myanmar and build capacity around human rights, democracy and pluralism.

A year on from the coup, what is the situation for activists and civil society in Myanmar, and how are human rights groups outside the country responding?

The military has accused civil society activists of leading the resistance against the coup with backing and funding from the west. The military wants to destroy civil society, and many are being attacked and killed, so there is a lot of fear. Those in detention are in terrible conditions. Many have been tortured.

Other activists who became aware that the coup was imminent were able to flee the country or leave the cities. They now operate from the outside, in Thailand and at the Thailand-Myanmar border, supporting those still in the country.

We are calling for justice and the removal of the military from power. We have been calling for international sanctions since 2017, following the Rohingya genocide. However, at the time the international community was unwilling to take strong action, as they hoped that democratic reforms would be undertaken by the government of the National League for Democracy. There was only symbolic action but no targeting of the government at that time.

Following the coup, we made clear to the international community that if we fail to take appropriate action, the junta would be emboldened to commit more crimes. Now, finally, targeted economic sanctions have been imposed and some companies, such as Chevron and Total, have decided to leave Myanmar. Some argue that economic sanctions will push Myanmar closer to China, but those people forget that in 2007, following sanctions after the Saffron Revolution, there was an internal revolt that led to the transition to a civilian government. The junta can’t survive long-term economic sanctions. The people of Myanmar know they may suffer due to sanctions, but many have told me they welcome them as long as they hit the military.

We are also pushing for an arms embargo and to stop the sale of jet fuel to the junta, which they have used to bomb civilians. Another thing we request from the international community is humanitarian support.

We are concerned about the UN’s position, which appears to view the military as a stakeholder in a potential power-sharing agreement. The UN Special Envoy recently expressed this position and we were very disappointed.

We also have concerns with the shadow National Unity Government (NUG) formed in exile by those who had been democratically elected, because we have observed the exclusion of minorities. The NUG has no Muslim representation, so we don’t have a voice. This also affects the NUG’s credibility.

How do you assess the response to the military coup by the Association of Southeast Asian Nations (ASEAN)?

In April 2021, a five-point consensus plan was agreed at an ASEAN summit. This included an immediate cessation of violence in Myanmar, constructive dialogue among all parties, the appointment of a special ASEAN envoy to facilitate dialogue, the provision of humanitarian assistance and a visit by the envoy to Myanmar.

However, ASEAN is not united on this. It includes three groupings that cannot agree on anything. For instance, Vietnam is close to Russia and would block any arms embargo. Thailand seems to support the military junta. Indonesia and Malaysia have taken a strong stand; we have engaged with them since day one and they have supported us. Singapore has also spoken up.

It doesn’t help that the permanent members of the UN Security Council are toying with ASEAN, using this regional body as their proxy. They have passed the buck to ASEAN to resolve an issue that they have failed to tackle.

We can’t expect more from ASEAN than it can deliver. We want the military to be removed from power and replaced with a civilian government, and this is something many ASEAN governments don’t understand. ASEAN’s five-point consensus plan has not been implemented. ASEAN has no weight on Myanmar unless China or the USA move.

We seem to have excessive expectations placed on ASEAN, while in fact there is not much it can do. The rest of the international community should step up and do more.

What can international civil society do to support activists in Myanmar and hold the junta accountable?

In the past we only focused on human rights investigations, but now we are also doing humanitarian work. We are renting and setting up safe houses to hide people and helping them leave the country. Costs have greatly increased but funding has remained the same.

Those working in the country need the support of international civil society, and new ways to deliver support need to be devised because it has become dangerous to receive funds as the junta is monitoring bank accounts. There are also issues of accountability and transparency, as we cannot disclose the names of the people we are helping.

However, I believe if we overcome this challenge, Myanmar’s civil society will emerge very strong. But we need more understanding and engagement with us.

I believe nothing lasts forever and this too will pass. The junta will have to leave at some point. While the situation is quite bad, a good sign is that many military personnel have changed sides and now support the NUG. But we need to continue our struggle with a clear vision of the future that is centred on human rights and democracy. And we need support from the international community so those struggling on the ground will one day see their dreams come true.