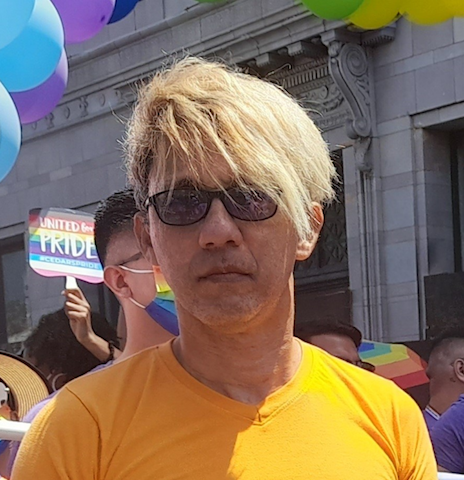 CIVICUS speaks about the situation of LGBTQI+ rights in Belize and the ongoing impacts of the British colonial legacy with Caleb Orozco, the chief litigant in a case successfully challenging Belize’s discriminatory laws and co-founder of the United Belize Advocacy Movement (UNIBAM).

Founded in 2006, UNIBAM was the first LGBTQI+-led policy and advocacy civil rights organisation in Belize. Focused on dismantling systemic and structural violence that impacts on human rights, it uses rights-based approaches to reduce stigma and discrimination.

What was the process leading to the overturn of Belize’s so-called anti-gay laws?

The process of overturning the sodomy laws contained in Section 53 of the Criminal Code started with a preliminary assessment that guided the development of the University of the West Indies’ Rights Advocacy Project (URAP) led by Tracy Robinson, whose group initiated my case in 2010. In 2011 we worked with Human Dignity Trust, which joined as interested party, to engage on international treaty obligations.

In 2007, a conversation started at a meeting in Santo Domingo in the Dominican Republic, organised by the Caribbean Vulnerable Communities Coalition. URAP engaged by email and Viper Messenger, with additional regional conferences to flesh out legal arguments. The process identified Lisa Shoman as local Senior Counsel and Chris Hamel Smith, who argued the case in 2013.

Meanwhile, we submitted reports for Belize’s Universal Periodic Review at the United Nations Human Rights Council to test the government’s response to the challenge to the sodomy laws. We also resorted to thematic hearings at the Inter-American Commission on Human Rights. The response of the government was that it needed a ‘political mandate’. We worked with the subcommittee for policy and legislation of the National AIDS Commission to monitor legislative opportunities and gauge the position of the government and the prime minister. We knew the government would not significantly fight the process.

In late 2010 we filed a challenge to Section 53 and a fight with the group of churches ensued. UNIBAM’s role was eventually reduced to that of an interested party, with the churches relegated to the same role, and I remained as the sole claimant.

We did not have a communications strategy, so we developed one. Nor did we have a security strategy, but we got help from the Human Dignity Trust. We participated in around 300 media interviews, collectively, over the years. The process included the derailment of the government’s revised national gender policy of 2013, with hundreds protesting across the country. Also, in Jamaica, 25,000 people protested to demand the removal of Professor Brendon Bain, an expert witness in my case in support of the churches, from his job at the University of the West Indies.

The case was heard by the Supreme Court in May 2013. We submitted personal experiences of discrimination and tried to strike out the churches, but we failed. Three years later, on 10 August 2016, the judge ruled in our favour, establishing that Section 53 was unconstitutional, which effectively decriminalised consensual same-sex activity held in private by consenting adults.

The Attorney General launched a partial appeal focused on the freedom of expression and non-discrimination on the grounds of ‘sex’, but the Court of Appeal’s judgment was reaffirmed in December 2019, with the expectation that the sodomy law had to be modified by parliament after the Court reaffirmed its unconstitutionality. Over time, the political tone changed: from claiming a political mandate was needed to change our sodomy law, to supporting 15 out of 17 Universal Periodic Review recommendations on LGBTQI+ rights in 2018. We are now waiting for parliament to modify the law as per the instruction of the Court of Appeal.

Did you experience backlash?

I experienced a lot of backlash throughout the process. This included character assassination and death threats, to the point that a personal security plan had to be put in place for me to go to court in 2013 and for my daily movement. Christian TV stations pushed negative propaganda and social media platforms buzzed with homophobia and threats.

How much progress has the LGBTQI+ rights movement achieved so far?

The LGBTQI+ rights movement became part of a National Working Group, in which I helped draft a cabinet note to advance the Equal Opportunities Bill and Hate Crime Legislation, with support from the Human Dignity Trust. Even though the Equal Opportunities Bill was endorsed by the cabinet, it didn’t reach parliament before the 2020 general election, because the evangelical ‘Kill the Bill’ campaign succeeded in derailing it just in time. We are not giving up in 2022!

I run the only LGBTQI+-led observatory of human rights in Belize, which provides litigation support to clients. We produce knowledge products on systemic and structural violence that feeds into a national and transnational advocacy framework that includes LGBTQI+ economic inclusion and livelihoods.

The process influenced and inspired the development of several niche organisations focused on LGBTQI+ families, health, trans issues and lesbian and bisexual women. It helped launch the global mandate of the Human Dignity Trust’s campaign on decriminalisation. Ours was in fact their first case back in 2011.

What challenges do LGBTQI+ people continue to face in Belize? How can challenges be addressed?

There is the denial of gender markers for trans people. Violence against us can take place in the family and the workplace. Kids experience discrimination in schools. In addition, family insecurity for LGBTQI+ parents is a huge deal. We endure economic rights violations and economic exclusion, as well as unequal access to economic benefits such as social security and government pensions.

LGBTQI+ Belizeans experience daily deficits in the police’s work that deals with us as victims of violence and detainees. If you’re of African descent and gay, expect police harassment.

We need resources to advance 20 amendments to laws that exclude LGBTQI+ Belizeans as citizens, which attack our dignity and rights and keep us as second-class citizens. The functions of the Human Rights Observatory, which provides redress to LGBTQI+ Belizeans and marginalised women, should be strengthened.

International allies can support us with donations through our GoFundMe page. We also really value offers of pro-bono legal support for the work of our Human Rights Observatory, including legal research, legal defence,  protection work, bill drafting, litigation support, and branding strategies, as well as offers of pro bono support to produce investigative or victim advocacy training.