EGYPT: ‘Women’s rights are not a priority in the government’s agenda’ 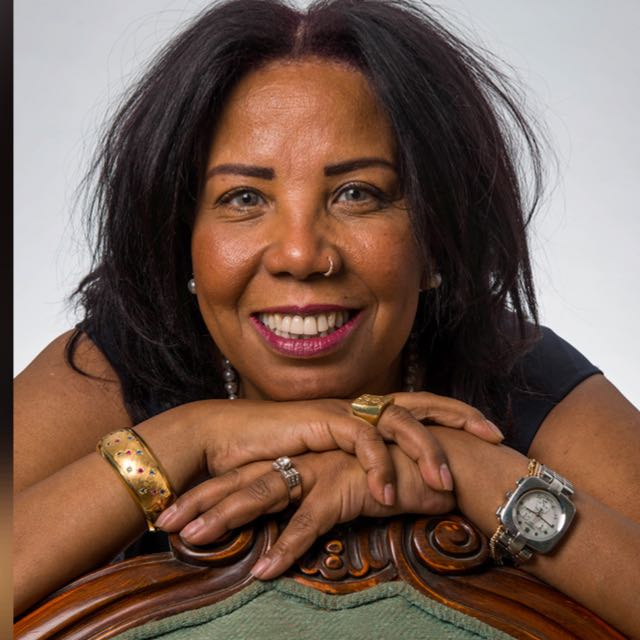 CIVICUS speaks with Azza Soliman about the widespread anger triggered by recent femicides in Egypt, and more generally in the Middle East and North Africa, and civil society’s role in eliminating gender-based violence (GBV).

Azza is a lawyer, women’s rights advocate and co-founder of the Centre for Egyptian Women Legal Assistance (CEWLA), an Egyptian civil society organisation (CSO) established in 1995 to advocate for gender equality, and specifically for the legal equality of women and amendment of discriminatory laws.

Why has the recent femicide case had so much impact?

The news about the murder of Naira Ashraf, a student at Mansoura University, by a man whose marriage proposal she rejected, went viral on social media, bringing massive media coverage in the news – as if it were an unprecedented incident.

The truth is that our society has a very short memory: it easily forgets the killing of women and girls, so it treats every femicide as if it were the first, rather than as part of a systemic problem. Egyptian media does not even bother to refer to existing data on GBV collected by CSOs.

Civil society has been researching these issues, so we are not surprised at cases such as Naira’s. In our society, women’s bodies are subject to all kinds of violence due to custom and tradition, and this is reinforced by the lack of legislation on GBV that could act as a deterrent. A United Nations (UN) survey conducted in 2015 concluded that almost eight million Egyptian women were victims of violence committed by their partners or relatives, or by strangers in public spaces.

Religious discourse degrades women instead of strengthening our role in society. Public discourse not only normalises violence against women but also justifies it by blaming the victim. This was clear in the comments the news of Naira’s murder received on social media, which questioned the very idea of women’s rights and women’s freedom to reject a potential partner.

In short, femicide is part of growing social phenomenon of GBV that has many faces. In the extreme, it takes the form of murder, but it has many other expressions, including collective sexual harassment, which has also recently become more widespread.

In the light of this, CSOs have raised their voice against the outdated legal definition of rape in Egyptian legislation, which leaves out many forms of the phenomenon that used to be relatively unfamiliar in our society. The law defines rape as the forced penetration by the male sexual organ and excludes penetration with any other objects, as well as forms of rape that don’t involve penetration.

Additional forms of GBV, including domestic violence, have been exposed thanks to social media, where women and girls have become more outspoken and have started telling their stories. Now the law needs to catch up.

How similar is the context in Egypt to that of other Arab countries?

I think femicides in Arab countries have commonalities that are the result of a shared inherited patriarchal culture. This generates sympathy for the murderer over the victim, whose so-called ‘honour’ is called into question.

Very recently, a case similar to Naira’s happened in Jordan: Iman Arsheed, a 21-year-old student, was shot on her university campus in Amman. Her family said she had rejected multiple marriage proposals from her suspected murderer. Both killings, in Egypt and Jordan, were followed by a smear campaign against the victims and in defence of the murderers. Both countries lack laws that protect women from violence.

The latest murders have sparked widespread outrage about femicides and calls for change across the region. For example, young feminist groups proposed a call for a regional strike on 6 July, and our organisation joined forces with other feminist groups in the region. Some held protests, while others issued statements in support of the strike.

What roles have you and other Egyptian CSOs played in advocating against GBV?

One of the main reasons behind rising levels of femicide in Egypt is the absence of legislation to protect women from GBV. Of course, the law alone cannot prevent GBV, but it is a crucial tool for social change. That is why our organisation, CEWLA, has collaborated with other feminist organisations to prepare a draft law on GBV. Two female members of parliament have proposed the draft bill on two separate occasions, but the legislation committee of parliament has so far failed to include it on its agenda.

Civil society has also shed light on the outdated legal definition of rape in Egypt’s Penal Code and continues to call for legal change. As part of the Feminist Arab Alliance, CEWLA also contributed to drafting model GBV legislation for the Arab world.

Back in 1999, CEWLA was a pioneer in conducting research on the issue of ‘honour crimes’ in Egypt, which is still a somewhat taboo subject. Our research found that judges usually use Article 17 of Egypt’s Penal Code to commute punishment for the perpetrator of honour crimes, on the basis of the accusation that the victim has violated ‘customs and traditions’. We have long advocated for ending the use of this article, as it is only used this way in GBV cases, and not in others such as drug-trafficking cases.

This brings us to the vital role of judicial authority in combating the male-dominated culture that threatens the safety of women. In this regard, as recommended by the UN Committee on the Elimination of Discrimination Against Women (CEDAW), we conduct gender-sensitive training of judicial and law enforcement officers and other public officials. We also work to raise social awareness because of its potential to confront regressive thoughts in society. Recently, we have launched a social media campaign, ‘Violence is Culture,’ that aims to generate social discourse condemning GBV.

On the ground, we facilitate dialogue between local women and officials in a police station located in Imbaba, one of Giza’s working-class neighbourhoods. Our programme builds trust between the two parties, so women and girls can report any form of GBV, including domestic violence, and the police commits to taking them seriously.

What should the Egyptian government do to curb femicide?

Women’s rights are not a priority in the government’s agenda. This is the first obstacle against passing a GBV law. We insist on such law being passed since we live in a modern state where victims and survivors should be able to seek justice through the law.

Once such a law is passed, we will need to focus on its enforcement, which should be supported by the joint work of the media, the Ministry of Education and the religious institution for Muslims, Al-Azhar. These institutions should adopt a progressive discourse about women’s rights and against GBV. These efforts should be part of the overall concept of the rule of law, where impunity for violence against women is not tolerable.

The Egyptian government should expand the GBV unit of the Ministry of Interior in Cairo to police stations across the country, especially in rural areas, where local people don’t let CSOs ‘interfere’ in GBV cases. Our lawyers have been attacked in these villages. The state’s support is essential for us to continue our work.

The Egyptian government is responsible for implementing international recommendations and standards. The latest CEDAW report included a series of recommendations, including to combat GBV, that the government has agreed to pursue.

What obstacles do Arab feminists face, and what kind of international support do they need?

Undoubtedly, civic space has shrunk enormously in the Arab region over the past eight years as Arab governments have copied and pasted repressive legislation to restrict the freedom of association. Moreover, Arab feminist groups operate in very hostile cultural environments. On top of that, the pandemic put enormous pressure on us for almost three years.

More recently, funding for CSOs has also diminished as international donors have reallocated funds towards Ukraine. All this has combined negatively to reduce cooperation among Arab CSOs, in contrast to the proliferation of civil society initiatives across the region following the 2011 uprisings.

International CSOs must put pressure on their governments so they include articles requiring respect for human rights in their agreements with Arab regimes. They must make sure their governments fulfil their commitment to these articles to support the human rights defenders in Arab countries who are subjected to travel bans, among other violations.

International organisations should also prioritise mental health support for Arab women human rights defenders who experience burnout. We have gone through a lot. Well-being support is not a luxury: it is essential for us to continue our work.

Civic space in Egypt is rated ‘closed’ by the CIVICUS Monitor.
Get in touch with CEWLA through its Facebook page.

PORTUGUESE  CIVICUS discusses the state of environmental activism in Brazil with Daniela Silva, a...

Statement at the 51st Session of the UN Human Rights Council  Interactive Dialogue on the Special...