JAPAN: ‘Links between politics and the religious right have impeded progress on LGBTQI+ rights’ 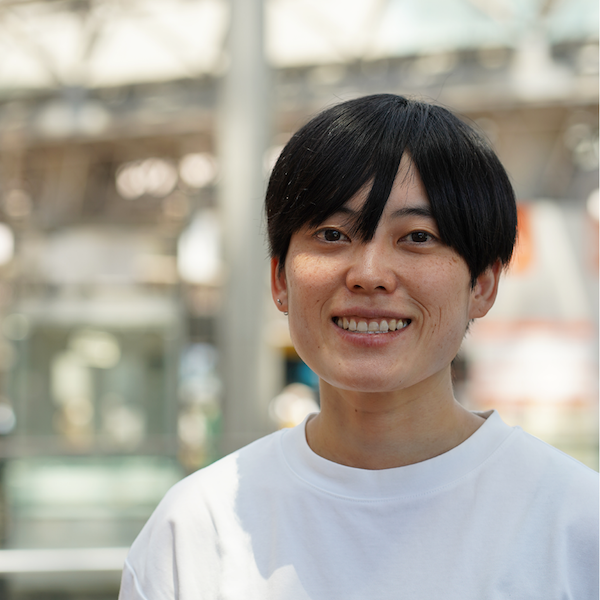 J-ALL was founded in 2015 to advocate for legislation to remove the barriers LGBTQI+ people experience due to their sexual orientation or gender identity in Japan. It focuses on raising awareness among the public, producing research and convening consultations, developing policy proposals and lobbying with government officials and legislators.

What is the situation of LGBTQI+ people in Japan?

LGBTQI+ people are estimated to make up between three and 10 per cent of Japan’s population. Many are closeted for fear of discrimination and prejudice. According to recent research, over half of teenagers who identify as LGBTQI+ have been bullied, and only about 10 per cent of LGBTQI+ people are able to come out at their workplace. The rate of LGBTQI+ people who have considered suicide is about twice as high as among their heterosexual counterparts and the rate of those who attempt suicide is six times higher – and 10 times higher among transgender people.

Such a vulnerable status is caused by the absence of a law at the national level that prohibits discrimination on grounds of sexual orientation and gender identity (SOGI) and raises awareness of LGBTQI+ and SOGI issues. We believe that an anti-discrimination law would enable us to solve social problems such as bullying and SOGI-based discrimination due to prejudice or misunderstanding and effectively deter and remedy human rights violations. It would force governmental agencies, educational institutions and private companies to prepare preventive schemes so that SOGI-related human rights violations would not take place, and make consultation services available.

Additionally, Japan’s Act on Special Cases in Handling Gender Status of Persons with Gender Identity Disorder sets strict conditions to change one’s legal gender status. Under this law, a person with a so-called ‘gender identity disorder’ must be diagnosed by two or more psychiatrists and must fulfil five conditions to request the family court to make a ruling towards change of their gender status, which is still thought of in binary terms: they must be above 18 years of age, not be married at the time of the gender change, have no children who are still minors, have no reproductive glands, or only reproductive glands that have permanently lost their function, and have body parts that appear to resemble the genitals of the other gender.

These conditions are considered too strict compared to those of other countries. In 2015, 12 United Nations organisations issued a joint statement asking the Japanese government to ensure the legal recognition of the gender identity of transgender people without such abusive requirements, but the Japanese government has not yet made any moves in that direction.

What work does J-ALL do?

J-ALL was established in April 2015 in response to a call from politicians and the LGBTQI+ community to reach a consensus and make effective policy recommendations. For the previous decade or so, civil society organisations (CSOs) in Japan had been lobbying separately on LGBTQI+ and SOGI-related issues.

J-ALL is an umbrella organisation with 96 member CSOs from throughout Japan. It is run by directors who are leaders of CSOs in various regions. Its secretariat is managed by executive officers who specialise in lobbying, public relations and international affairs, as well as student interns.

Our lobbying activities have succeeded in pushing forward several SOGI-related laws. For instance, in October 2018 the Tokyo Metropolitan Government adopted an ordinance that protects LGBTQI+ people from SOGI-based discrimination in line with the Olympic Charter. This ordinance clearly stipulates anti-discrimination based on SOGI and was the first ordinance of its kind at the prefectural level.

In addition, in May 2019 the Japanese government amended the law on harassment. The amended version requires private entities and municipal governments to set guidelines to prohibit harassment and outing based on SOGI in the workplace.

As the only CSO aimed at proposing SOGI-related bills, J-ALL is pushing politicians and governmental officers at both national and municipal levels by working together with Rengo – the Japanese Trade Union Confederation and a member of the International Trade Union Confederation – eminent scholars and researchers of labour law and international human rights law, and activists fighting to eliminate all kinds of discrimination, including discrimination against women. In recent years, around 40 companies have signed a statement to support the LGBT Equality Law, which would ban anti-LGBTQI+ discrimination. Economic federations have also declared the necessity for legislation on SOGI.

Have you faced any anti-rights backlash?

As the social movement to promote the rights of LGBTQI+ people has grown, backlash by religious right-wing groups, ultra-conservative politicians and trans-exclusionary radical feminists (TERF) groups has also grown. For instance, several politicians gave discriminatory speeches against LGBTQI+ people in response to discussions regarding the anti-discrimination bill agreed on by LGBT Giren, a nonpartisan political caucus set up to discuss SOGI-related human rights violations in 2021. Bashing against transgender women and LGBTQI+ people based on heteronormativity, conventional understandings of the family and stereotypical images of women are prevalent in both the real world and the internet.

Japan has not made much progress on gender inequality, let alone LGBTQI+ rights and SOGI-related issues. This is because the Japanese government is closely connected with religious right-wing groups based on the values of male chauvinism and a patriarchal view of the family. Because of these close ties, ruling politicians have long ignored the existence of people with diverse sexualities and gender identities and have sustained a social system that lacks SOGI-related education and allows for SOGI-based human rights violations. As a result, LGBTQI+ people face wide-ranging challenges such as prejudice, bullying and harassment, and victims of SOGI-related human rights violations are not protected by the law.

We believe that Japanese civil society needs to recognise this connection between mainstream politics and the religious right in order to tackle human rights issues in earnest. It is also important to learn about which groups of people are marginalised by the current social systems built by the majority and what kind of human rights violations they face, and to take actions such as electoral participation and making public comments based on these concerns.

How is civil society working to achieve marriage equality, and what was the significance of the recent verdicts of the Sapporo and Osaka district courts?

There is a CSO, Marriage For ALL Japan, that has been working actively and specifically to achieve the legalisation of same-sex marriage in Japan. In 2019 this organisation filed lawsuits in five districts – Fukuoka, Nagoya, Osaka, Sapporo and Tokyo – and has been conducting awareness-raising activities across the nation.

In March 2021, the Sapporo District Court ruled that not allowing same-sex marriage was unconstitutional. After a careful scrutiny of the scientific and medical arguments currently used to deny legal benefits to same-sex couples, the Sapporo District Court reasoned that the failure to allow ‘even a certain degree’ of legal benefits to same-sex couples based on their sexual orientation is against Article 14 of the Constitution, which stipulates equality under the law. Although the court dismissed the plaintiffs’ claim for compensation, its verdict was viewed as a step that would surely accelerate the movement to legalise same-sex marriage in Japan.

But then in June 2022, the Osaka District Court concluded that not allowing same-sex marriages does not violate Article 14, given that the legal disadvantages faced by same-sex couples can be compensated by wills or other means. In addition, the court emphasised that the gap between the benefits enjoyed by heterosexual and same-sex couples has been minimised by the recognition of same-sex partnerships at the municipal level. This, however, overlooks the fact that the municipal system of partnership recognition is not legally binding.

The Osaka District Court also claimed that the ‘true’ elimination of discrimination and prejudice should be achieved by constructing a social system through the democratic process of free discussion by the people. This was criticised by civil society as an abdication of the judiciary’s crucial role as the bastion of human rights. Also under fire is the court’s claim that marriage is purely for the purpose of reproduction.

How can the international community support LGBTQI+ people fighting for their rights in Japan?

Since 2020 J-ALL has been running a global campaign, Equality Act Japan (EAJ), alongside Human Rights Watch and other global human rights organisations. We would like you to sign the petition found in our website to ask the Japanese government to enact the LGBT Equality Act.

If you are a private company, we will appreciate your cooperation in adhering to the Declaration of Business Support for LGBT Equality in Japan, which we promote as a part of the EAJ campaign.

Last but not least, we would be happy if you could join us by checking out the current situation in Japan, follow our activities through our website or social media, and support us through a one-time or a monthly donation.

CIVICUS speaks with Arash Azizzada, co-founder and co-director of Afghans for a Better Tomorrow,...