SIERRA LEONE: ‘We are dealing with a relentless campaign by anti-rights groups’ 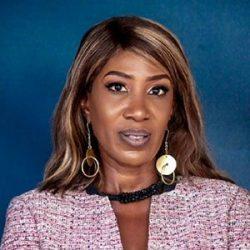 CIVICUS speaks about the struggle for sexual and reproductive health rights in Sierra Leone with Nicky Spencer-Coker, head of advocacy and movement building of Purposeful Sierra Leone.

Purposeful is a feminist hub for girls’ activism, rooted in Africa and working all around the world. The organisation has played an active role in promoting the Safe Motherhood and Reproductive Health Bill in Sierra Leone.

What is the Safe Motherhood and Reproductive Health Bill?

The Safe Motherhood and Reproductive Health Bill is currently being drafted following the president’s announcement that his government unanimously backs an initiative to promote risk-free motherhood, made during the 10th Africa Conference on Sexual Health and Rights held in Freetown, Sierra Leone, in early July. But the message that came out on the media was that Sierra Leone had legalised abortion, which was actually not the case.

Following its announcement, the government has hired national and international consultants to take part in the process. Further, a working group that includes activists, practitioners and government officials is working alongside the Ministry of Health.

The expectation is that the bill will have reached parliament by the time the new parliament opens in October. Sierra Leone will have elections next year and we do not want this to carry over into the election period because we could face problems with members of parliament wanting to protect their seats by not engaging with an initiative that could be viewed as controversial, as it should include access to sexual and reproductive health services. We hope the bill will be submitted to parliament by October and it will pass this year.

In 2015 parliament passed the Safe Abortion Act, which was supposed to allow women and girls access to safe abortions. But the former president blocked the bill, possibly due to both lack of political will and pressure from anti-rights and religious groups.

It is worrying that the same issues that led the former president to not sign the Safe Abortion Act continue to be raised by certain segments of society in the context of the Safe Motherhood and Reproductive Health Bill. We hope this time around it will be different because our president has signalled that he and his cabinet are willing to challenge abortion stigma in the context of health services for girls and women.

In addition, our government has signed international instruments such as the Protocol to the African Charter on Human and Peoples’ Rights on the Rights of Women in Africa, which requires states to provide people with access to adequate and affordable health services. This puts pressure on the government to respect and promote the right of women to health, including sexual and reproductive health. We remain hopeful that these commitments will be fulfilled.

How has civil society in general, and your organisation in particular, advocated for abortion rights?

Women’s rights groups and activists for sexual and reproductive health rights have been fighting for the abolition of colonial-era abortion laws for years, with the movement growing stronger in 2014 and 2015 when the Safe Abortion Act was being advanced. Most of these organisations and activists collaborate under the umbrella of the People’s Alliance for Reproductive Health Advocacy, a coalition that advocates for sexual and reproductive rights through engagement, dialogue and partnership with key stakeholders.

As well as being part of the coalition, Purposeful also operates as an independent organisation that carries out our own advocacy work in communities. We are an African-led feminist hub for girls’ activism, and we want to make sure Sierra Leonean girls inherit a world where they can live safely and have choices. High on our agenda are sexual and reproductive rights, but we work on a wide platform including the provision of comprehensive sexual education, accurate information on reproductive health choices and life skills.

A strategy that has proven particularly successful for the Coalition has been to engage directly with various groups of stakeholders. We have tried to stay in constant dialogue with organisations and people who vehemently oppose women’s sexual and reproductive rights. Telling human stories that show how women and young girls are affected by the lack of access to reproductive health services has helped bring awareness of the severity of the issues we face.

Over the years, the Coalition has been fortunate to work with medical professionals and the Ministry of Health to shift the narrative on the safe termination of pregnancy and safe motherhood in Sierra Leone, a country with a very high rate of teenage pregnancy and maternal mortality. A significant number of these deaths are caused by lack of access to safe abortion and reproductive health choices.

Have you faced anti-rights backlash?

In 2015, when the Safe Abortion Act was being discussed, there were several confrontations between anti-rights groups and civil society activists, and I was nearly assaulted when attending a parliamentary session. For the drafting of the current bill we are not seeing the same level of aggression, but we are dealing with a relentless campaign by some anti-rights and religious groups that are going on radio and television to denounce a bill that does not even yet exist.

We don’t find the backlash surprising and we know that the position of certain groups won’t ever change. But it’s the government’s responsibility to look to the greater good and ensure the health and wellbeing of women and girls.

Besides, we have seen a positive response from the public. I think this is the result of civil society’s focus on sharing information and creating awareness. We also appreciate international attention, as it will provide incentives for the government to stay true to its words.

What are the next steps, and what kind of international support would Sierra Leonean civil society need?

There is a joint drive by the Ministries of Education and Health to ensure the success of the initiative that is pushing the government to provide comprehensive sexual education in schools. Our country has extremely high rates of teenage pregnancy, which we hope to reduce through education. While legalising abortion is important, many other issues regarding accessible and affordable health services for women and girls must also be addressed, and healthcare professionals must be adequately trained to provide those services.

We need international civil society to keep these issues on the agenda. In Africa we have noticed that when you stop insisting on something, governments automatically think the issue is off the table and there’s no need for them to do anything about it. It’s our job to continue to remind our government that it has signed certain instruments that make it imperative for it to recognise the reproductive rights of women and girls. We also need to have a cross-border conversation with other African countries that have more progressive reproductive health rights legislation.