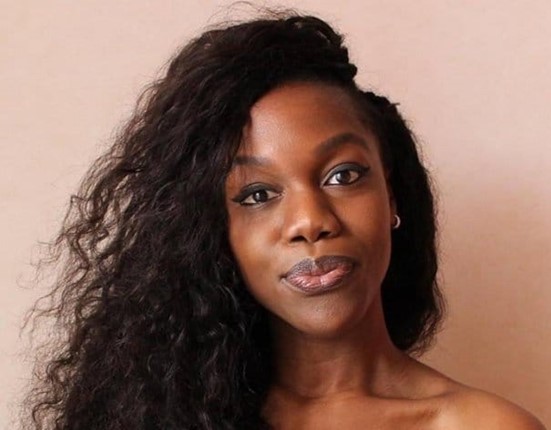 CIVICUS speaks about the recent Italian election with Oiza Q Obasuyi from the Italian Coalition for Civil Liberties and Rights (CILD).

CILD is a national network of civil society organisations (CSOs) working to protect and expand civil rights and freedoms by running public campaigns for policy change, advocating with governments and international bodies and taking cases to court.

What are your main takeaways from the recent Italian election?

The first thing to note is that a significant number of people – one in three – did not vote. One big reason for this is the increasing lack of trust in political institutions. This is important to consider in the face of Giorgia Meloni’s claim that she won thanks to the vote of all Italian citizens – which is not true.

I personally think that left-wing parties have become increasingly distant from the masses, and especially the working class, which is now significantly underrepresented. The left should be working not only on civil rights but on social rights too: if the far right manages to convince even part of the working class to vote for it by using racist and anti-immigration propaganda, this means the left is not doing what it is supposed to do: campaigning for the social and civil rights of the worse-off, including working class people, low-wage earners, students, women and LGBTQI+ people.

We are experiencing an economic crisis that is affecting the lower classes deeply. Inequalities have become unbearable and political institutions keep ignoring protest demands, be they from the Insorgiamo (‘We are rising up’) movement for workers’ rights or Fridays For Future Italia, which continues to call out the government for its inaction on climate change.

In a context where there is no political force on the left reacting to these demands and promoting policies to protect and promote these basic rights, the fact that people have voted for a far-right candidate such as Giorgia Meloni shouldn’t surprise us.

How did civic space conditions evolve in the run-up to the election?

Hate speech and disinformation played a significant role during the campaign. Meloni’s entire propaganda is based on ultraconservative beliefs that she pushes by instrumentalising half-truths, a distortion of the facts and outright lies.

Even though she has said she would not repeal Law 194, which protects the right to abortion, Meloni has repeatedly joined so-called ‘pro-life’ conferences organised by ultra-catholic and conservative associations, along with her League party colleague Matteo Salvini. She has often stated that children need a father and a mother and that’s the only type of family that has the right to exist, to the detriment of LGBTQI+ couples who continue to fight to have the same rights as heterosexual couples.

To back her claims, Meloni often passes off prejudice as scientific fact and brings up conspiracy theories about ‘gay lobbies’ trying to indoctrinate children with their so-called ‘gender agenda’.

In addition, during her campaign Meloni referred to drugs and alcohol as ‘youth deviations’. I think she will use these issues as yet another way to curb citizens’ civil rights. This can be expected in the light of her framing of drug-related issues as criminal rather than, say, health issues, particularly when the people concerned are of foreign descent.

How significant is it that Giorgia Meloni downplayed her fascist heritage?

I don’t think that makes her less of a threat. She has strong links with Hungarian far-right president Viktor Orbán, who is well known for his racist and illegal anti-migrant policies that systematically push migrants back at the border and his hostility towards LGBTQI+ people and more generally, towards any CSO working for the protection of human rights.

Meloni’s entire propaganda was based on similar grounds, with a strong sense of nationalism and conservatism that derives from her party’s fascist past – not to mention her belief in the so-called ‘great replacement’ theory, a conspiracy theory that believes there is an ongoing plan to bring in more and more immigrants until white Europeans disappear from the continent. That is why, according to her, immigration must be stopped.

How do you think the advances made by the far right will impact on the rights of excluded groups?

I think we will face a situation in which it will be extremely hard to push for positive laws and policies that protect everybody’s social and civil rights.

Italy is one of the few countries in the European Union that does not have a law that specifically protects LGBTQI+ rights. A proposed bill against homophobia, transphobia, biphobia and lesbophobia, popularly known as DDL Zan, was not passed.

There is also a possibility that migrants’ right to request asylum could be further restricted, given Meloni’s hostility towards immigration and the current situation with the decreti sicurezza – decrees on security and immigration – issued by Matteo Salvini when he was Minister of the Interior between 2018 and 2019.

Even though the current Minister of the Interior introduced ‘special protection’ for migrants, humanitarian protection was abolished and access to accommodation was extremely restricted by Salvini. His successor made some revisions to his policies, but various elements continue to raise concerns. The decision to allow the revocation of Italian citizenship of foreign-born Italians deemed a threat to national security was not questioned, although the process was amended.

For 30 years, civil society has demanded citizenship law reform to guarantee access to Italian citizenship for people of foreign descent who were born or raised in Italy. There are over 800,000 such people, many of them children. They are de facto Italian citizens, but they’re not legally recognised as such. Although there have been left-wing governments that could have pushed toward reform, we still have an obsolete law based on jus sanguinis, or citizenship by blood, and it is very unlikely that a Meloni-led government would change that.

As for our work, we anticipate hostility towards CSOs working on human rights, if the government goes down the same road as her ally Viktor Orbán did in Hungary.

What kind of domestic and international support does Italian civil society need to continue doing its work?

Economic support is also important: during their previous government, right-wing parties proposed to economically support police forces through 5x1000 funds, which is one of the fundamental ways in which CSOs fund their work, thanks to part of the money citizens voluntarily donate when filing their tax declarations. If this proposal becomes reality, then many CSOs will suffer budget cuts.

Civil society must also stay vigilant on women’s reproductive rights, under the constant threat of new patriarchal and sexist laws to either make access to abortion more difficult or ban it completely. We must also ensure that civil rights protection goes hand in hand with social rights protection: poverty, unemployment and low wages are major problems that affect many vulnerable communities.

Civic space in Italy is rated ‘narrowed’ by the CIVICUS Monitor.