COLOMBIA: ‘Civil society is an important pillar in work with the migrant population’ 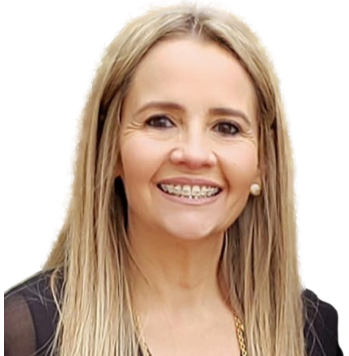 CIVICUS speaks with Carmen Aida Faria, director of Fundación Manitas Amarillas (Little Yellow Hands Foundation), about the difficulties faced by Venezuelan migrants in Colombia and the work being done by civil society to facilitate their access to rights.

Manitas Amarillas is a Colombian civil society organisation (CSO) formed in 2018, in the context of mass Venezuelan migration to Colombia, to provide humanitarian assistance, access to health services and counselling to migrants and refugees.

How has the situation of Venezuelan migrants in Colombia changed in recent years?

Migration flows into Colombia have changed over time. The 2015 wave of Venezuelan migration was very important, but the number of migrants increased over the following years, peaking in 2017. Compared to the previous wave, this one included a lot more people in vulnerable situation.

The new arrivals needed immediate healthcare and access to other fundamental rights that the system could not provide. Colombia did not have the infrastructure or the financial resources to respond, particularly in border areas, where local populations also experience deficits in access to education and healthcare, among other rights.

Migrants in vulnerable situations were also unable to receive monetary aid through the Colombian government’s social assistance programmes or enter the subsidised health system. To access social programmes, people must have a regular migration status.

In addition to a permanent migrant population, there is also the population in border areas that constantly crosses the border back and forth to access certain services. For instance, many children who live in Venezuela go to school in Colombia and are not included in school food programmes. There are organisations working specifically to ensure these children have access to food, as they arrive with significant nutritional problems.

These processes created a demand for the community, but above all for the Colombian state, to respond to. And the country began to operate under a logic of solidarity and gratitude: Colombians remember that in the past it was Venezuela that received Colombian migrants. Thus, the government began to grant special residence permits to regularise this population in some way. But the definite milestone was the Temporary Statute of Protection for Venezuelan Migrants (ETPMV), approved in 2021 under an essentially humanitarian logic.

What did the implementation of this new policy entail?

The ETPMV implied temporary regularisation so that Venezuelans could benefit from the same rights and have the same duties as Colombian nationals. Upon receiving an identity document called a Temporary Protection Permit, migrants have the possibility of accessing the health system and the labour market, among other rights.

Theoretically, the mechanism is well thought out. However, putting it into practice has been hard. Many people have been left out: more than 2.4 million migrants have registered in the Single Registry for Venezuelan Migrants, but there are still more than a million who, having completed the full process, have not received their permit.

Some people applied for the permit in September 2021, more than a year ago, and have consulted Migración Colombia, the authority for migration control and monitoring, but still do not know what has happened to their application. Some have not received their permits due to logistical problems: this is a highly mobile population and when they change addresses it is often not possible to locate them to deliver the documentation.

But it is also the case that difficulties continue once the permit has been obtained. This is an indication of deeper problems. When Venezuelans go with their permit to open a bank account or register with the health system, they are often rejected. The Temporary Protection Permit is a new document and many institutions, both public and private, are not yet familiar with it. A lot of education is needed to make these rights effectively accessible.

The ETPMV was supposed to prioritise the most vulnerable population groups. The first to receive their permits were supposed to be people in need of immediate medical attention and children and adolescents who needed them to enter the education system due to lack of identity papers. This ultimately did not happen, to such an extent that legal appeals have had to be filed to ensure access to healthcare for people with chronic illnesses or other conditions in need of immediate attention.

Since the last big wave of migration in 2017, many CSOs have emerged. It was the migrant community itself that first began to get together to help other migrants. We started giving food out on the street and providing humanitarian assistance to walkers, as we call the people moving on foot through Colombian territory, who did not have basic information or even warm enough clothing to withstand Colombia’s climate.

CSOs have become an important pillar in work with the migrant population, because we are on the ground and we know the problems migrants have.

Currently, many CSOs are working together in coordination with the Mayor’s Office of Bogotá and promoting several joint initiatives. We have launched public campaigns and signed a symbolic pact to promote integration, because Venezuelan migrants in Colombia continue to suffer from xenophobia and discrimination as a result of their poverty. We have asked the media to stop mentioning the nationality of crime perpetrators, because they only do so when the person involved is a foreigner, thus overstating the problem and contributing to discrimination against Venezuelans.

We are also participating, in collaboration with the Colombian government and international cooperation agencies, in the first ‘Entregatón’, a massive permit delivery operation aimed at distributing 40,000 permits in five days. Migración Colombia has sent messages via mobile phone to migrants whose documents are ready, notifying them of the date and place where they can pick them up.

But in addition to handing out the documents, as part of the operation, enrolment and biometric registration services are being provided for those who have not yet completed these stages of the process. People who have already received their permits are also offered vaccination services, access to healthcare providers, registration with the social assistance system, legal support and information on various other issues, from the transportation system to school access to programmes targeted at migrant women.

There is so much work and CSOs are contributing enormously. The government and international cooperation agencies should take us into account not only as sources of diagnoses of migration issues, but also as partners when it comes to jointly implementing public policies arising from those diagnoses.

Civic space in Colombia is rated ‘repressed’ by the CIVICUS Monitor.