AUSTRALIA: ‘Repressive laws have been introduced to limit people’s ability to protest against climate injustice’ 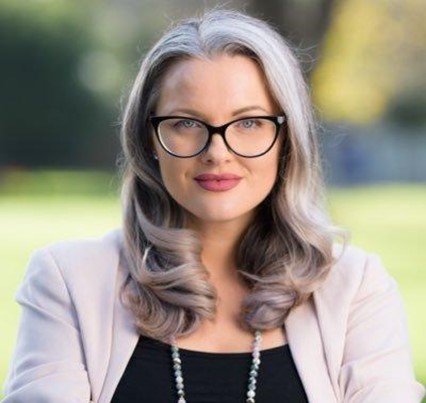 CIVICUS speaks about the challenges faced by climate activists in Australia with Nelli Stevenson, head of communications and investigations at Greenpeace Australia Pacific.

Greenpeace is a global environment campaigning network that comprises 26 independent national and regional organisations in over 55 countries across all continents as well as a co-ordinating body, Greenpeace International, based in Amsterdam, the Netherlands.

What does Greenpeace Australia Pacific do?

Greenpeace Australia Pacific is an independent environmental campaigning organisation that uses non-violent direct action to work for solutions essential to a green and peaceful future. We have taken on some of Australia’s biggest polluters and won, including the biggest domestic climate polluter, AGL. We have helped keep big oil out of the Great Australian Bight, a large open bay off the central and western portions of Australia’s southern coastline, and demanded that wealthy countries, including Australia, step up and take urgent action for their Pacific neighbours on the frontlines of the climate crisis. We do this with the support of hundreds of thousands of everyday Aussies concerned about our planet’s future.

The 2022 election resulted in a Labor Party government led by Prime Minister Anthony Albanese. This created a welcome opportunity for increasing the ambition of climate action and ending almost a full decade of federal inaction on climate change from the centre-right Liberal–National coalition.

The new government’s passage of a bill committing to reduce emissions by 43 per cent by 2030 was an important first step in tackling Australia’s climate pollution. But it’s important to remember it is just that: a first step. To ensure a safer climate, the Labor government needs to vastly increase its climate ambition.

If done right, bringing Australia’s 2030 climate target into law could lay a foundation to build on, and we’d hope all political parties and independents will work together to realise a safer climate future for Australia and accelerate our shift to renewable energy.

The Albanese government’s first federal budget also offered some promising steps forward, such as redirecting some of the former government’s A$750 million (approx. US$504 million) fossil fuel slush fund, but fell short in that it continued fossil fuel subsidies and failed to address the Pacific’s existential climate threat.

There were also missed opportunities to genuinely tackle the climate and energy crisis facing Australians. Announcing spending on renewables and disaster relief while quietly continuing to pour billions into fossil fuel subsidies is completely counterproductive. To tackle the floods, fires and droughts that are threatening Australians’ lives, our economy and security, we need to reduce our emissions urgently – and that means no new fossil fuels.

How open are Australia’s civic space conditions for climate activism?

The right to peaceful protest is fundamental to democracy in Australia. Many of the freedoms and rights we cherish as Australians were won and defended through peaceful protest: women’s right to vote, labour rights, LGBTQI+ rights and the conservation of so much of our magnificent environmental heritage, from the Franklin River to Kakadu National Park.

But sweeping new laws were rushed through recently in a chilling and knee-jerk response to ongoing peaceful protests. These were the latest in a suite of increasingly draconian measures introduced to curtail peaceful public dissent. Under this legislation a climate activist, Ms Deanna ‘Violet’ Coco of Fireproof Australia, was arrested and sentenced to 15 months in jail.

These laws threaten to silence not only climate activists like Coco, or environmental and humanitarian organisations like ours, but every single one of us.

This is happening in other places too: across the globe, the ability of citizens to speak out against climate criminals is deliberately under attack. Civil society organisations across the globe must stand together and work in partnership to protect each other’s freedoms and enable each other to do the critical work of advocating for our planet and the world’s most vulnerable.

What led to Coco’s arrest?

Coco was arrested following a peaceful protest on Sydney Harbour Bridge, organised to call on the Australian government to undertake firmer climate action. She was sentenced under new draconian legislation in the state of New South Wales that can impose sentences of up to two-year in prison or fines of A$22,000 (approx. US$15,000) on peaceful protesters for crimes such as blocking roads, bridges and ports.

While tactics and approaches to climate advocacy among Australian civil society groups may differ, and there are legitimate differences of opinion regarding what forms of advocacy are most effective for winning hearts and minds, the fact remains that the harm caused by the climate crisis – catastrophic floods, fires and storms destroying homes, livelihoods and entire communities – staggeringly outweighs the inconvenience of one climate protester blocking one lane of traffic for 25 minutes.

We must remember that climate change isn’t just happening to us, it’s being done to us by the executives of fossil fuel corporations, and they know it. Just as Coco knew that her protest would disrupt one traffic lane, fossil fuel executives know that their relentless pursuit of profit is disrupting the lives of billions of people and every species of life on our planet.

Over 230 civil rights organisations, including Greenpeace Australia Pacific, representing millions of concerned members across Australia, have signed an open letter condemning Coco’s sentencing. The letter also expresses concern over the introduction of similar repressive laws across Australia, designed to limit people’s ability to protest against the climate injustice perpetrated against them by fossil fuel companies.

It is not too late to reverse these undemocratic laws and recognise that peaceful protest has always had and should continue to have a key place in Australian civic life.

Civic space in Australia is rated ‘narrowed’ by the CIVICUS Monitor.