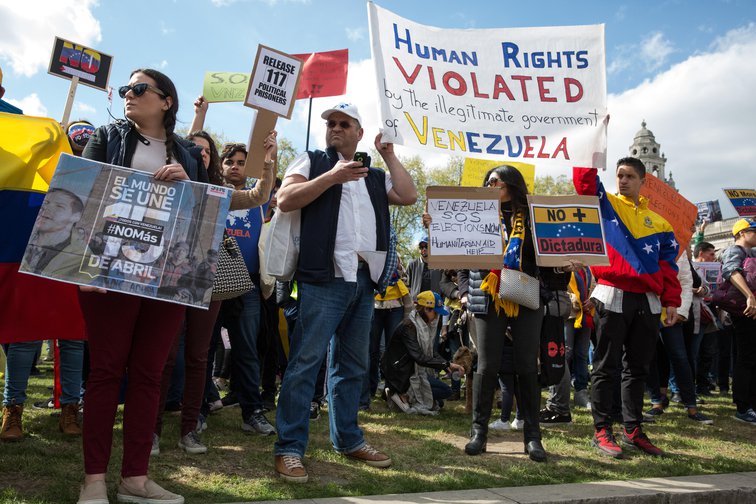 By Benjamin Tonga and Mandeep Tiwana

On 18 July, people in South Africa and around the world will mark Nelson Mandela Day to commemorate the courage and sacrifice of one of the greatest political leaders and human rights defenders of our times. Nelson Mandela was unjustly imprisoned for over a quarter of a century until South Africa’s apartheid regime finally acknowledged the travesty of his incarceration and ordered his release. It took concerted global pressure and organising by concerned citizens and civil society groups to achieve this feat.

Similar efforts are needed today. Because today, like Mandela, hundreds of human rights defenders remain wrongfully imprisoned around the world – in democracies as well as authoritarian states – for their pursuit of justice and equality.

Some like Nasrin Soutoudeh in Iran are jailed for demanding the removal of discriminatory barriers against women. Others like Kenia Ines Hernandez Montalvan in Mexico are being punished for defending Indigenous communities from harmful models of economic development. Some like Ahmed Mansoor in the United Arab Emirates are imprisoned for having the temerity to stand up to an authoritarian monarchy.

It's a blight on human progress that those who demand rights and expose abuses should face persecution. Mary Lawlor, the UN’s special rapporteur on human rights defenders, has urged states to end the practice of jailing human rights defenders, pointing out that targeting them destroys lives, families and communities. The international community has an important role to play in helping to end this scourge by exposing injustices and by supporting local efforts.

Determined action from multiple sources can help. Last October, a court in the Philippines ordered the release of activist Teresita Naul by dismissing trumped up charges against her. This was preceded by awareness raising efforts by several civil society organisations and a determination by the Philippines Human Rights Commission that she had been wrongfully ‘red tagged’ or branded as a communist. Bahraini human rights defender Nabeel Rajab was released from prison in June last year after nearly five years of civil society campaigning and diplomatic pressure on the Bahraini regime by democratic governments urging his release.

However, some governments evidently see themselves as so powerful that they can ignore international criticism. China is one example. Among scores of human rights defenders imprisoned in the country is Chow Hang-Tung, a lawyer from Hong Kong, who is serving 22 months in jail for seeking to commemorate the victims of the 1989 Tiananmen Square massacre in Beijing.

One of the ways states seek to deflect international criticism is by characterising dissent as terrorism. Often, security laws meant to protect the public from violent extremists are repurposed to silence human rights defenders. Khurram Parvez, from India’s Jammu and Kashmir Coalition of Civil Society, has spent two decades documenting security force violations, including enforced disappearances. As a result of his work, he’s currently being held without bail, charged under the stringent Unlawful Activities Prevention Act, which is supposed to prosecute those involved in terrorism.

In Eswatini, Africa’s last absolutist monarchy, two members of parliament, Bacede Mabuza and Mthandeni Dube also face anti-terror charges. Their crime was to take part in pro-democracy protests, seeking the rights people in many other countries take for granted. In Belarus, which has been led by a dictatorial president for almost 28 years, seven members of Viasna, a civil society organisation are imprisoned merely for reporting on human rights abuses.

Our common humanity is eroded when those who work for better and more fairer societies are persecuted in such a way. But it doesn’t have to be like this.

Particular pressure should fall on repressive governments that seek to gain legitimacy on the world stage by hosting major events. For example, Egypt is hosting the COP27 global climate summit this November. Yet its regime routinely imprisons human rights defenders. If it wants to position itself as a good international citizen, it should be pressured to release its many imprisoned human rights defenders.

It took 27 years of people’s mobilisations and international pressure to secure Nelson Mandela’s release from apartheid prisons. It doesn’t have to be the same for Buzurgmeher Yorov – a human rights lawyer who’s presently serving a 22-year sentence for defending members of the political opposition in Tajikistan – and the many others like him. This Mandela Day let’s come together to redouble our efforts by speaking out against oppression in online and offline community spaces and by urging our governments to do the right thing through diplomatic actions that call out states that engage in such travesties of justice.

Read the Spanish version of the op-ed on Democracy Abierta