Hong Kong: Submission to the UN Human Rights Committee on the deterioration of civic space

CIVICUS has submitted a report to the UN Human Rights Committee on the state of civic space in Hong Kong ahead of its review of the state’s implementation of its obligations under the International Covenant on Civil and Political Rights (ICCPR) on 7 July 2022. 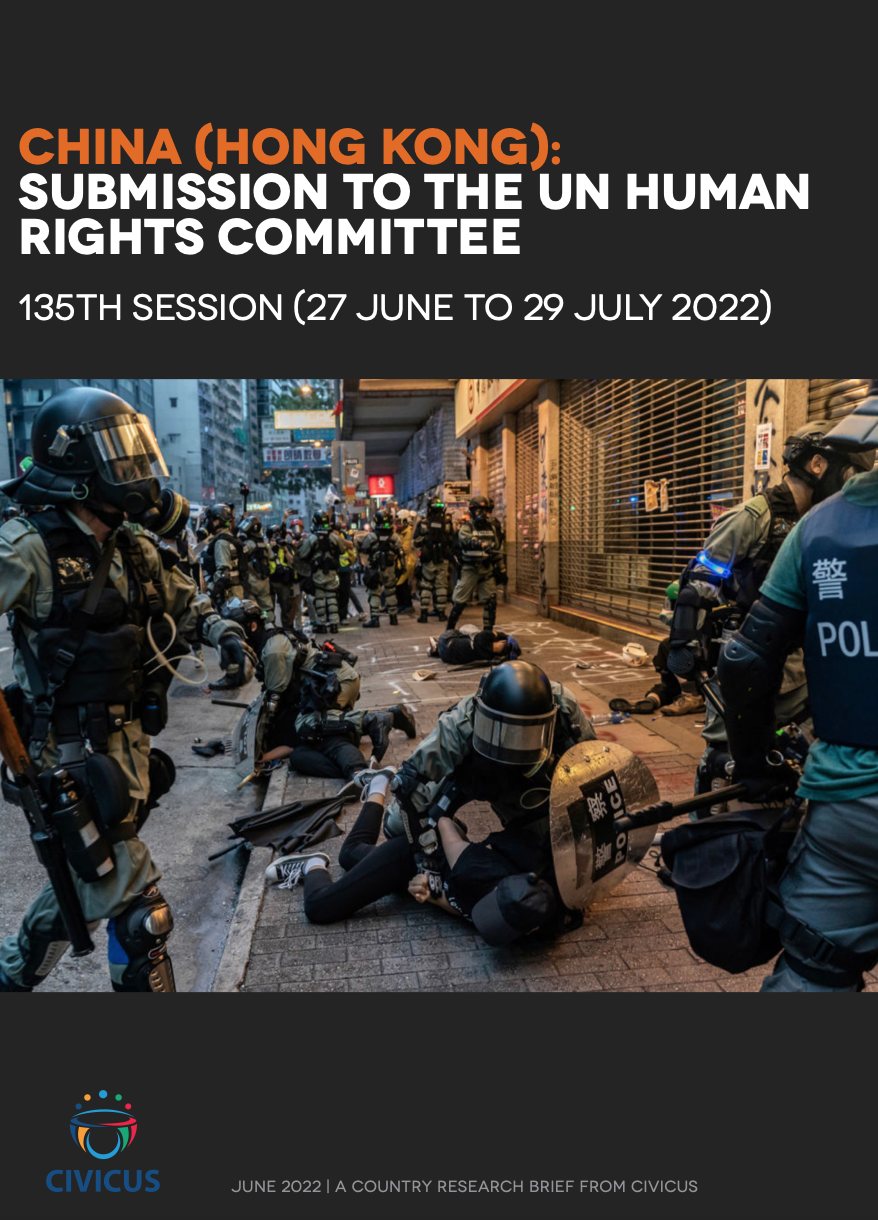 In the submission, CIVICUS documented an alarming deterioration of the right to freedom of expression in Hong Kong since 2018, including the use of restrictive laws to silence dissent and criminalise human rights defenders and journalists. Specifically, the National Security Law (NSL) which punishes secession, subversion, terrorism and collusion with “foreign forces”. all carrying a maximum sentence of life in prison. These offences are vaguely defined and have easily become catch-all offences to prosecute activists and critics with heavy penalties.

Press freedom is under assault in Hong Kong. Media outlets have been targeted with raids and forced to closed and journalists have been criminalised. Foreign reporters have also been subjected to new restrictions under the NSL.

Academic freedom has come under serious threat since 2020. Several pro-democracy scholars have had their employment terminated by universities in Hong Kong, while school administrators have been told to help ‘prevent and suppress’ acts that could violate the NSL. Academic research is being closely monitored in Hong Kong, and there has been a crackdown on student organisations.

The submission also notes how the Hong Kong authorities have also continued to prosecute and convict peaceful protesters involved in demonstrations, including pro-democracy leaders. They are often charged for organizing, inciting participation or participating in an ‘unauthorised assembly’ under the Public Order Ordinance, which requires organisers to notify police of demonstrations involving more than 30 people at least seven days in advance, and requires organisers to get a ‘notice of no objection’ from the government before proceeding. The charge of ‘unauthorised assembly’ carries up to five years in prison.

Police officers have been recorded beating and using pepper spray and teargas on people during protests in 2019, including those subdued on the ground; shooting and blinding several individuals; unnecessarily tackling protesters to the ground, including pregnant women, children and older people; and giving patently improbable and outright false explanations about their actions in press conferences. According to human rights groups, no police officers alleged to have committed abuses during the 2019 protests have been held accountable.

The submission highlights how the right to freedom of association, has been undermined by the introduction of the NSL in 2020. This dramatically changed the environment for civil society in Hong Kong, greatly impeding the ability of civil society to carry out their work. The entire staff of some organisations quit on the eve of the law’s introduction. While some civil society organisations (CSOs) and pro-democracy movements have disbanded or shut their offices, others have instead exercised greater caution in their activities. Unions have also been forced to disband. The authorities are also investigating CSOs about their fundraising. The chilling effect of the crackdown on civil society cannot be overstated.

The submission calls on the UN Human Rights Committee to make a series of recommendations including:

Hong Kong is currently rated Repressed  by the CIVICUS Monitor. There are a total of 50 countries and territories in the world with this rating (see all). This rating is typically given to countries where civic space is heavily contested by power holders, who impose a combination of legal and practical constraints on the full enjoyment of fundamental rights (see full description of ratings). 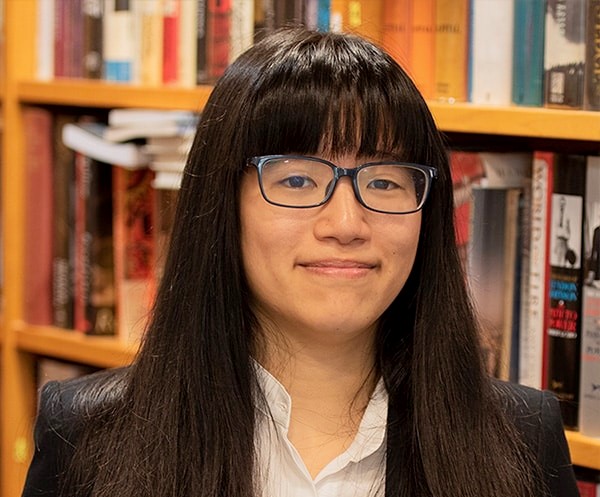 Today, we mark a year since the arrest of human rights defender and lawyer Chow Hang...