CIVICUS has produced a new report on the state of civic freedoms in South Sudan. Since the 2015 Peace Deal, restrictions to freedom of peaceful assembly, freedom of expression and freedom of association have persisted. 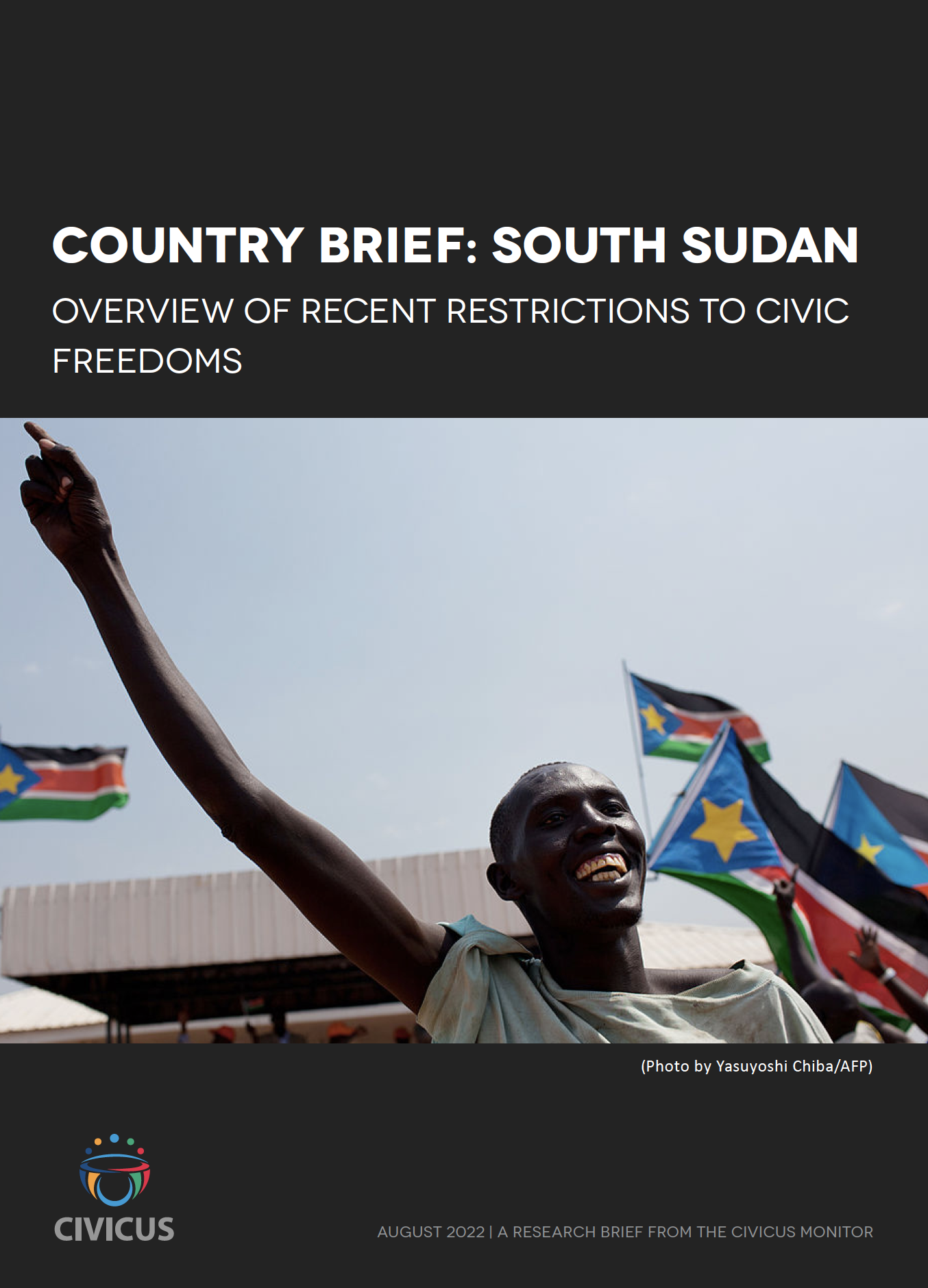 Arbitrary arrests and violence against protesters

Arbitrary arrest, intimidation and use of force against protesters has characterised the authorities’ response to peaceful protests. Over the last year, there have been reported recurring incidents of law enforcement officials violently dispersing protests and intimidating and arbitrarily arresting protesters.

Arbitrary arrests and harassment of journalists and media outlets

During the past year, cases of harassment, raids on media outlets and arbitrary arrests and detention of journalists by NSS officials, often without charges, were reported. These practices seem solely intended to disrupt media work and intimidate journalists.

Criminalisation of civil society organisations and their activities

To Permanent Representatives of Member and Observer States of the United Nations (UN) Human Rights...