New report looks at the state of civic freedoms in Latvia 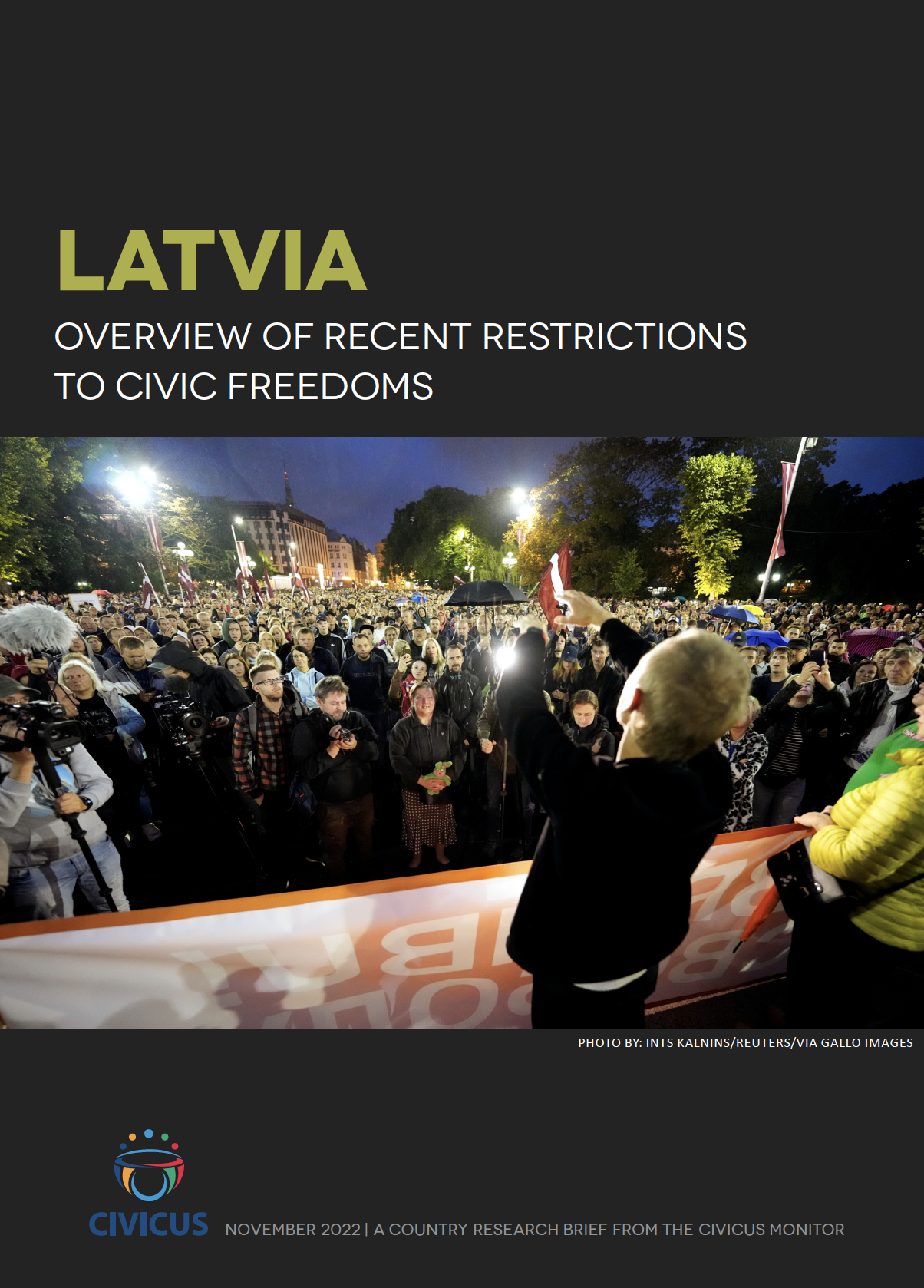 There are processes and frameworks for the participation of civil society in decision-making, which are followed by institutions and administrations. However, civil society – most notably Civic Alliance – Latvia (CAL) – the largest network of civil society organisations (CSOs) in the country – believes that engagement with local and national decision-makers needs to be more structured, deliberative and meaningful.

CSOs face difficulties in achieving and maintaining financial sustainability, which has an impact on the type and breadth of activities they can carry out, as well as on their public visibility. Nevertheless, the strong advocacy work carried out by CSOs means that over the years, funding and partnerships between state institutions and CSOs have been steadily increasing.

The pandemic has contributed to increasing government transparency, with meetings being conducted online and accessible to civil society and other external actors. This practice has continued after the end of the state of emergency: meetings are broadcast live, offering the opportunity to follow and participate in debates.

Press freedom, confidentiality of journalistic sources and access to public information are guaranteed by law. However, during the pandemic, misinformation has been spread on social networks, and the overall trustworthiness of the media and information have been undermined. Journalists who cover topics perceived to be controversial, such as vaccines, migration, or same-sex relations, are routinely subjected to hate or harmful speech online.

There have been slight improvements in the rights for LGBTQI+ people, including a draft Civil Union Law, which – despite considerable opposition from the most conservative parts of society – is due for its final reading in the parliament by the end of 2022. In May 2022, an Administrative District Court recognised ‘the existence of a public legal relationship’ for a same-sex couple. The judgment recognised that the state has an obligation to provide a same-sex couple with the opportunity to strengthen their family relationship legally and to be recognised as a family by the state.

Latvia is currently rated Narrowed by the CIVICUS Monitor. There are a total of 40 other countries in the world with this rating (see all). This rating is typically given to countries where the state generally allows individuals and civil society organisations to exercise their rights to peaceful assembly, freedom of speech and freedom of association, but violations of these rights also take place (see the full description of ratings)