CIVICUS has produced a new research brief on the state of civic freedoms in Morocco. Freedom of expression is strictly limited and those who criticise the government or the monarchy, or question Morocco’s territorial integrity, are likely to be arrested and imprisoned. Laws related to the COVID-19 public health emergency have been used as a pretext to further restrict freedom of expression. 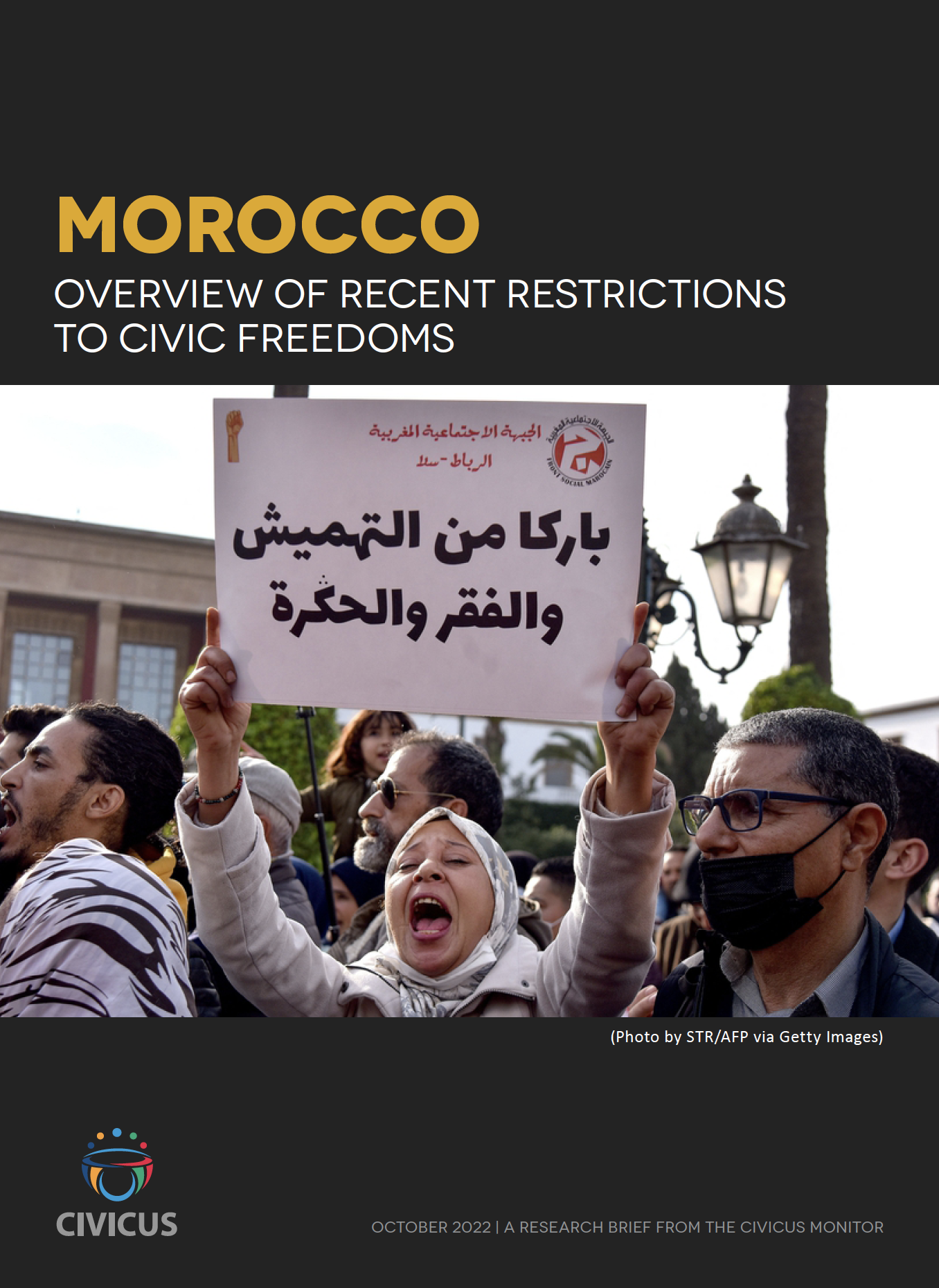 Three leading journalists, Taoufik Bouachrine, Omar Radi and Souleiman Raissouni, are currently imprisoned on trumped up sex-related charges, a move intended to isolate them and tarnish their reputations. Morocco’s last independent publication, Akhbar Al Yaoum, was forced to end its activities in March 2021, after being denied aid and after its founder and leading reporters were judicially harassed and imprisoned.

Morocco has been implicated in Amnesty International’s investigation into Pegasus spyware, sold to states by Israel’s NSO group. Several journalists have been targeted with the surveillance tool, both inside and outside Morocco.

LGBTQI+ rights are restricted and homosexuality and consensual same-sex relations are criminalised. Recently, a book on LGBTQI+ issues was withdrawn from the Rabat Book Fair following a social media campaign.

Morocco exercises even stricter control over Western Sahara, also known as the Sahrawi Arab Democratic Republic. Most of this disputed area is under de facto Moroccan administration. Sahrawi activists, human rights defenders and journalists are brutally harassed, arrested and imprisoned, often for long spells and in inhumane detention conditions.

Morocco is currently rated Obstructed by the CIVICUS Monitor. There are a total of 50 countries in the world with this rating (see all). This rating is typically given to countries where civic space is heavily contested by power holders, who impose a combination of legal and practical constraints on the full enjoyment of fundamental rights (see the full description of ratings).

The undersigned civil society organisations call on the Moroccan authorities to immediately end...

Arabic The undersigned civil society organisations call for an immediate and unconditional end to...