In December 2020, the USA’s civic space rating was downgraded from narrowed to obstructed by the CIVICUS Monitor, signalling significant increased restrictions on the exercise of civic freedoms. This reflected the militarised and repressive response to mass protests for racial justice throughout that year, as well as the long-term trend of civic space regression through anti-protest legislation, a hostile climate for the press and surveillance, among other factors. 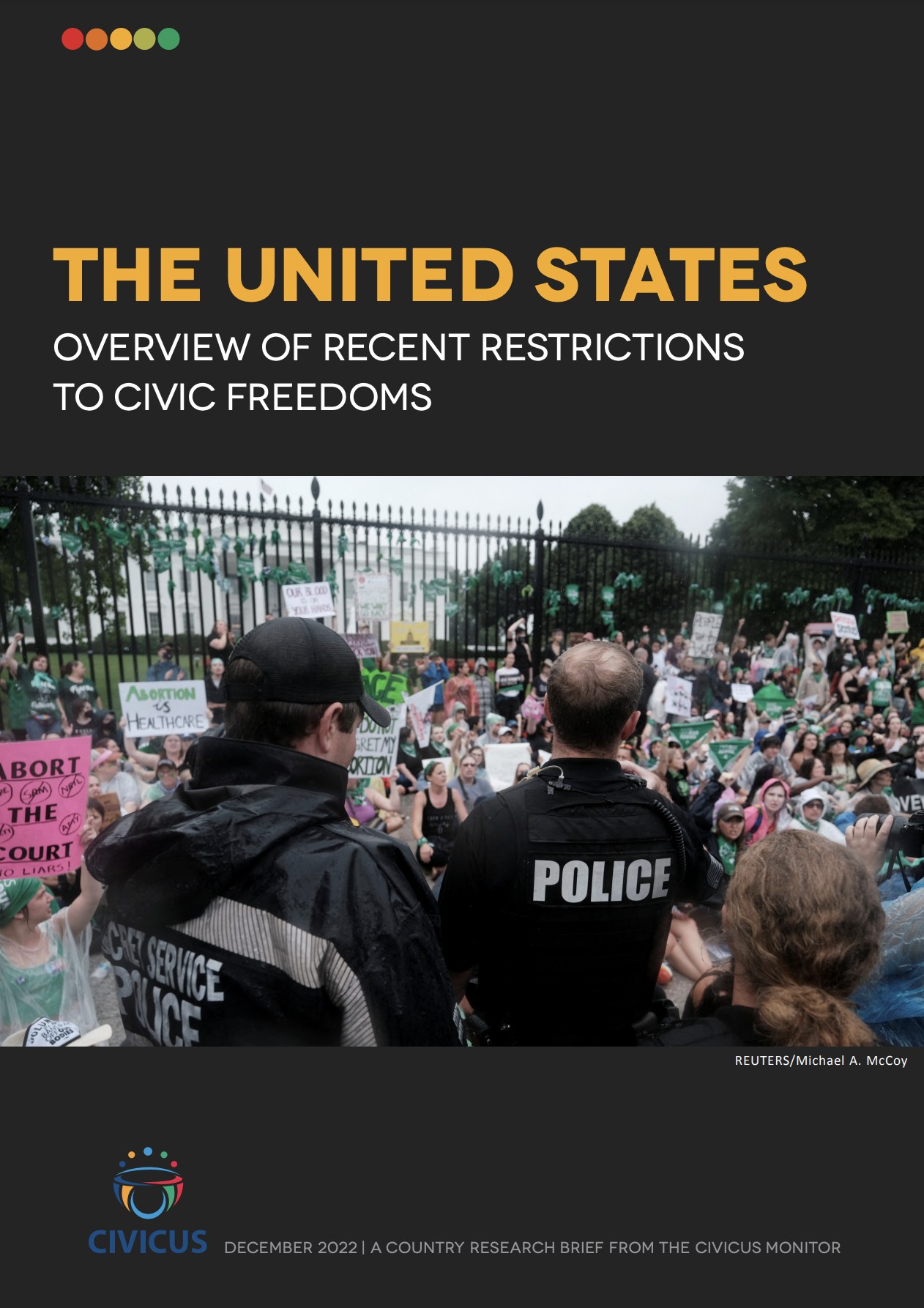 On 21 January 2021, Joe Biden took office as president – only two weeks after rioters stormed the US Capitol in an attempt to overturn his election. The unrest on 6 January followed weeks of incendiary rhetoric from outgoing president Donald Trump and allies, rousing supporters to reject election results. This attack exposed the depth of the crisis in US democracy, which has impacted on the space for civil society.

While the Biden administration has sought to improve on his predecessor’s relationship with the media and stressed the importance of democratic institutions, some of these trends endure. Lawmakers, particularly those at the state level, have continued to propose and enact restrictions on protest. Recent months have also seen a slew of state-level bills limiting free speech in classrooms. Attacks on journalists are ongoing and distrust toward the press remains high. Protesters continue to face incidents of excessive force and arbitrary arrests.

This research brief covers restrictions, violations and trends affecting freedoms of association, peaceful assembly and expression in the USA between January 2021 and September 2022.

United States is currently rated Obstructed by the CIVICUS Monitor. There are a total of 42 other countries in the world with this rating (see all). This rating is typically given to countries where the state generally allows individuals and civil society organisations to exercise their rights to peaceful assembly, freedom of speech and freedom of association, but violations of these rights also take place (see the full description of ratings)

In October 2019, student protests in Santiago over a public transport price increase gave rise to...

CIVICUS speaks about unionisation efforts at Starbucks with Theresa Haas, director of global...