New report looks at the state of civic freedoms in Chile

In October 2019, student protests in Santiago over a public transport price increase gave rise to a mass, nationwide display of discontent over social inequality and discrimination. Over the course of several weeks, millions of people joined protests in what is commonly referred to as Chile’s ‘estallido social’ (social unrest or uprising). At the time, protesters raised historical demands, including the recognition of Indigenous peoples’ collective rights, decent pension guarantees and access to water, quality housing, education and healthcare. 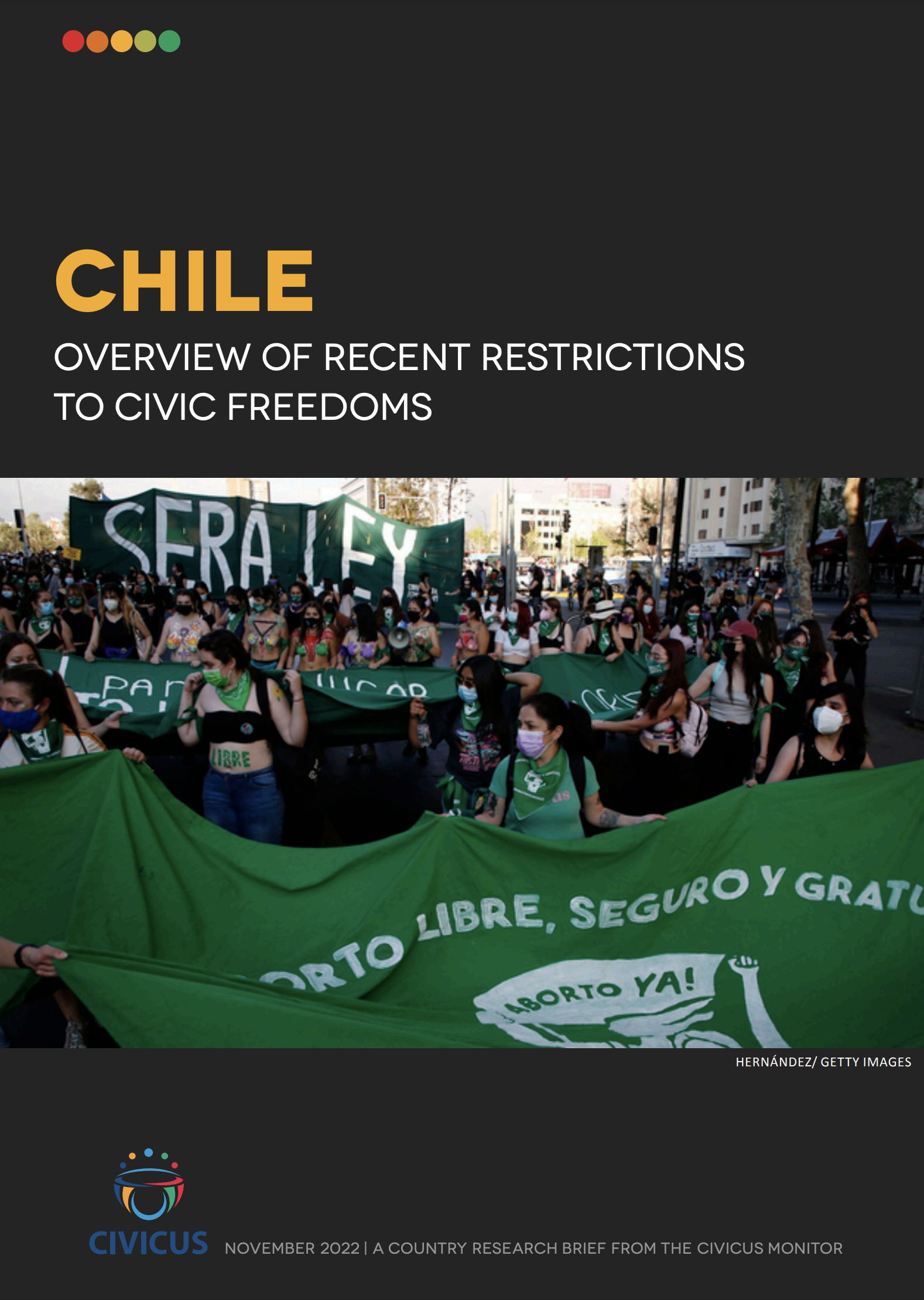 This was a transformative period in Chile’s history which exposed deep-rooted dissatisfaction with the enduring legacy of the Pinochet dictatorship that governed Chile from 1974 to 1990, showing that structural changes are long overdue. Many called for a new social pact founded on human dignity and pluralism, pointing to the need to change the current constitution, which dates back to the country’s military regime.

A process to develop a new constitution emerged as a key demand of the protests and in October 2020, Chilean voters approved the creation of a directly elected Constitutional Convention, which began its work in July 2021. The body was praised for its diverse composition, with guaranteed gender parity and reserved seats for Indigenous representatives. While the process was launched with high hopes, confidence in the Convention gradually eroded and support for the progressive draft constitution it developed declined over time. On 4 September 2022, an overwhelming majority of Chileans rejected the adoption of the proposed constitution.

While this leaves the country in uncertainty as to how this process will continue, authorities in the government and the National Congress have asserted that they still intend to find a path forward for a new constitution.

This research brief summarises the situation of civic space in Chile between August 2020 and August 2022, reviewing emblematic cases, the main violations and positive developments regarding freedoms of peaceful assembly, association and expression. This period encompasses the final years of the government of President Sebastián Piñera, from March 2018 to March 2022, and the first months of the administration of President Gabriel Boric, since March 2022.

Chile is currently rated Obstructed by the CIVICUS Monitor. There are a total of 42 other countries in the world with this rating (see all). This rating is typically given to countries where the state generally allows individuals and civil society organisations to exercise their rights to peaceful assembly, freedom of speech and freedom of association, but violations of these rights also take place (see the full description of ratings)

In December 2020, the USA’s civic space rating was downgraded from narrowed to obstructed by the...