CIVICUS at the UN Office in Geneva

The United Nations system in Geneva includes a large number of intergovernmental organisations, specialised agencies, programmes, funds, offices and research institutes as well as related organisations. Two thirds of the activities of the United Nations system takes place in Geneva, making it a key centre of international co-operation and multilateral negotiation. CIVICUS’ main focus currently concentrates on the human rights mechanisms, most notably the Human Rights Council and its subsidiary bodies such as the Universal Periodic Review (UPR) and Special Procedures, but also on the Treaty bodies. CIVICUS also works closely with the Office of the High Commissioner for Human Rights (OHCHR).
For more information on our line of work at UN Headquarters, please contact nicola.paccamiccioATcivicus.org

The UN Human Rights Council (UN HRC) is the United Nation’s preeminent human rights body. Established in 2006, it is mandated to address all thematic human rights issues and situations that require its attention and make recommendations on them. The UN HRC, which is seated in Geneva, holds no fewer than three regular sessions a year including in March, June and September.

During UN Human Rights Council sessions, CIVICUS and its partners make and support interventions to address a diverse range of thematic and county specific recommendations to advance the causes and health of civil society. CIVICUS further organises a number of thematic and country specific side events to draw attention to acute restrictions on civil society, human rights defenders and fundamental democratic freedoms. In addition, CIVICUS issues several oral statements and advocacy letters calling on the Council to address persistent violations of basic human rights.

CIVICUS and partners produce a number of advocacy statements at the UN Human Rights Council on issues concerning the rights of civil society. See below newsfeed for full archive.

Letters to governments and UN officials

Submissions for the Universal Periodic Review on Human Rights

CIVICUS’ joint and stand-alone UN Universal Period Review (UPR) submissions on restrictions on the rights to freedom of assembly, association and expression and persecution of human rights defenders (HRDs). The submissions, on over 60 countries, also provide a number of substantive recommendations to support the creation and maintenance of a safe and enabling environment for civil society.

CIVICUS organises a number of events, workshops and panel discussions to coincide with the sessions of the UN Human Rights Council. Here are our recent events:

Human Rights in the Philippines: Challenges on Civic & Democratic Space and Opportunities in the UPR

On the sidelines of the 41st session of the UN Universal Periodic Review (UPR), CIVICUS organised a joint event on the state of civic and democratic space in the Philippines. Ahead of Philippines' 4th UPR review, the panelists discussed the systemic attacks against and vilification of civil society actors and examined the country's present and future human rights perspectives under the new Marcos Jr. administration.

Shrinking Civic Space in Zimbabwe: A Call to Respond to the Emerging Crisis and Prevent Escalation of Human Rights Violations

On the sidelines of the 51st session of the UN Human Rights Council, Defend Defenders, International Service of Human Rights (ISHR), Zimbabwe Lawyers for Human Rights (ZLHR), and CIVICUS held an event on the human rights situation in Zimbabwe. The event, which brought together human rights defenders and the Special R apporteur on Freedom of Peaceful Assembly and Association, focused on the weaponization of the law to crackdown on human rights defenders; the Private Voluntary Organisations Amendment Bill (2021) and its impact on civic space; political violence and political rights violations in the pre-electoral period in Zimbabwe and on the Human Rights Council’s prevention mandate.

Freedom of Peaceful Assembly and Association in 2022 and Beyond: Contemporary Challenges and Opportunities

CIVICUS, in collaboration with the European Center for Not-for-Profit Law (ECNL), the International Center for Not-for-Profit Law (ICNL) and World Movement for Democracy and with the co-sponsorship of the governments of the Czech Republic, Indonesia, Lithuania, Maldives, Mexico, United States of America, organised an interactive discussion on the role of the Mandate of the UN Special Rapporteur on Freedoms of Peaceful Assembly and Association, on what challenges and opportunities revolve around these freedoms, and what role can the Mandate of the Special Rapporteur play in this regard.

CIVICUS, in a joint effort with numerous other organizations and with the co-sponsorship of the Swiss government, organised a discussion with the UN Special Rapporteur on the rights to freedom of peaceful Assembly and Association on his report to the UN Human Rights Council examining key challenges to peaceful protests in crisis situations, and highlighting the importance of peaceful protests in creating opportunities for inclusive, participatory and peaceful resolution of crises.

Equity and Inclusion of Racial, Ethnic, and Religious Minority Groups in Healthy Democracies

On the sidelines of the 49th session of the UN Human Rights Council, CIVICUS, in collaboration with Howard University and the government of the United States of America, brought together civil society and member state representatives to discuss how the inclusion of racial, ethnic, and religious minority groups strengthens democracy and public safety, as well as the importance of inclusion to the sustainability of democracies globally.

Respect, Protect and Fulfil: Guaranteeing Access to Resources as a State Responsibility

CIVICUS, in the framework of the 49th session of the UN Human Rights Council, organized an event - in collaboration with Forum Asia, ARTICLE 19, the European Center for Not-for-Profit Law (ECNL), the International Center for Not-for-Profit Law (ICNL) and World Movement for Democracy - to discuss the debilitating impact of restrictions on access to resources on civil society, and inevitably on the promotion and protection of human rights, humanitarian response, and development. Panelists discussed how such restrictions are implemented, identified commonalities and differences, and made recommendations to address these challenges.

Submission to the Office of the High Commissioner for Human Rights – Civil Society Space Report
This submission includes CIVICUS´ view of how civic space can be enabled, created and maintained; a brief summary of some positive developments and trends related to civic space; some examples of how CSOs operate when space is limited.

The UN human rights treaty bodies are committees of independent experts that monitor the implementation of the core international human rights treaties. Each State party to a treaty has an obligation to take steps to ensure that everyone in the State can enjoy the rights set out in the treaty. CIVICUS regularly submits reports to the Human Rights Committee, the body of independent experts that monitors the implementation of the International Covenant on Civil and Political Rights (ICCPR) by its States parties, highlighting the main civil and political rights violations and providing specific and targeted recommendations. Below are our latest submissions: 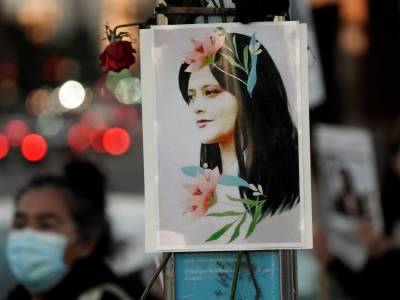 Iran: the UN must establish a fact-finding mission to ensure accountability and stop gross human…

Iran: the UN must establish a fact-finding mission to ensure accountability and stop gross human… 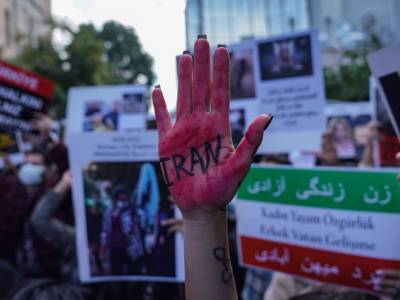 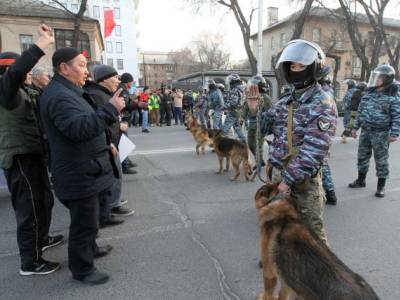 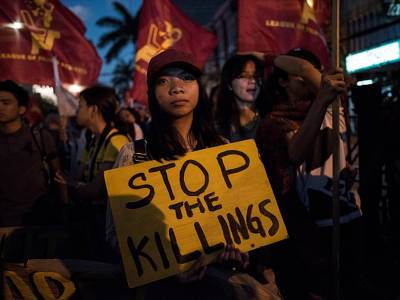 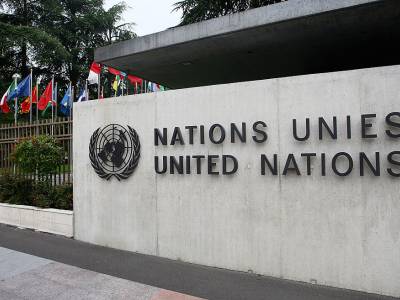 Outcomes from the 51st Session of the UN Human Rights Council: Progress & Shortcomings

Outcomes from the 51st Session of the UN Human Rights Council: Progress & Shortcomings