The compromised state of civil society in Bangladesh

Against the backdrop of a worldwide onslaught on liberal democracies, Bangladesh is no exception to the global trend of retreat from human rights and democratic values. During 2018, domestic civil society organisations (CSOs) in Bangladesh, including media organisations, have largely adopted a ‘see-no-evil’ strategy to survive and the few remaining independent entities have felt the heat and wrath of the authorities when trying to expose the widespread human rights violations and abuses of democratic values.

The controversial general election of 2014, which witnessed widespread political violence, has deeply divided Bangladesh’s political landscape. CSOs and media organisations have also become sharply polarised while trying to survive in an atmosphere where the authorities always have the final say, regardless of whether local dissenters or the international community view things differently. Democracy in Bangladesh has come to be defined along the lines of ‘I will agree with you as long as you agree with me.’ Amidst a winner-takes-all, zero-sum-game political culture, dissenting voices are slowly waning as self-censorship is rising.

Critical issues such as enforced disappearances, secret and arbitrary detentions, extrajudicial killings and a crackdown on the freedoms of speech and association have become the new normal. Since the introduction of the 2016 Foreign Donation Act, CSOs in Bangladesh are in a state of confusion: barring a handful, most stay silent regarding the widespread human rights abuses and choose to play safe on the multiple governance and rights deficits to avoid the wrath of the almighty authorities. And the Bangladeshi media have resorted to self-censorship. Many have even jumped on the bandwagon to trumpet the so-called development successes of the incumbent government.

All this is happening at a time when financial sustainability has become a persistent problem for CSOs. Most of them have long depended on external grants for their sustainability and survival, and currently face continued shortages as development partners slowly reduce the amount of aid on the pretext of Bangladesh’s now elevated economic status as a lower-middle-income country. Meanwhile, in 2018 the BRAC Centre topped the list of outstanding non-profits worldwide for the third year in a row, pointing to the fact that all hopes are not yet lost for CSOs in Bangladesh.

As foreign assistance has dwindled, CSOs have maintained engagement with the government on ‘safe and soft’ issues. The Sustainable Development Goals (SDGs) have given a new lease of life to these CSOs, which have not missed the opportunity to engage with the government on SDG issues. The mechanisms they use include advocacy, lobbying, awareness-raising, media campaigns and partnerships with politicians, bureaucrats, academics and socio-cultural activists. The NGO Affairs Bureau under the Prime Minister’s Office, has also recognised the value of CSO engagement and recently formed a seven-member CSO sub-committee to advise the Bureau, the regulator, on SDGs.

However, when it comes to critical and independent views on democratic values, human rights and governance deficit issues, the authorities will only welcome softer ‘constructive criticism’. So, when CSOs like Transparency International’s Bangladesh chapter take a harder position and say, for instance, that parliament is lacking in playing its role of ensuring accountability and establishing good governance, the government and its supporters happily slam the organisation for undermining parliament.

Currently in Bangladesh there are only a handful of credible CSOs that will stand up for victims of human rights violations, demand government accountability and inform the media about violations perpetrated by public officials.

A section of civil society bears some responsibility for the deteriorating situation. Plagued by the existence of weak boards and strong founder/successor executives, CSO accountability has taken a backseat. With notable exceptions, CSOs provide compromised tax returns and audits to the government. Many CSOs do not practise internal audits; coupled with inadequate self-regulation, the weaknesses of CSOs’ accountability systems create opportunities for unscrupulous regulatory officials to manipulate the situation.

While a section of the media has remained independent and strives hard to play a critical role in holding the government accountable for its actions or inaction, the criminalisation of dissent, the widespread practice of self-censorship by most media outlets and the use of physical violence against journalists and bloggers, along with impunity for past murders and others acts of violence, have weakened the voices of the public. Attempts have been made to use social media to fill this gap in highlighting various governance and human rights deficits, and these have made the government unhappy. In response, the government recently introduced the Digital Security Bill 2018, which journalists and human rights defenders fear will further slash the freedom of expression and media freedom.

Both CSOs and media are recognised as important pillars of Bangladesh’s national integrity strategy. The SDGs also call upon governments to undertake collaborative actions involving CSOs and media to achieve the sustainable development targets. Tripartite partnerships among government, media organisations and CSOs are therefore imperative for sustainable changes to arise. Any deviation from this approach will only diminish democratic and human rights values and practices. 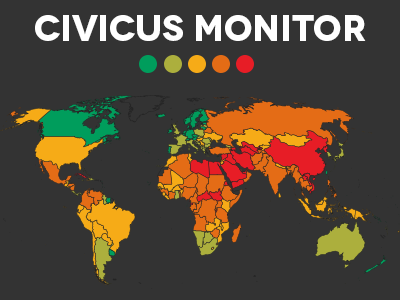