Bangladesh: Authorities must conduct investigations into death of protesters 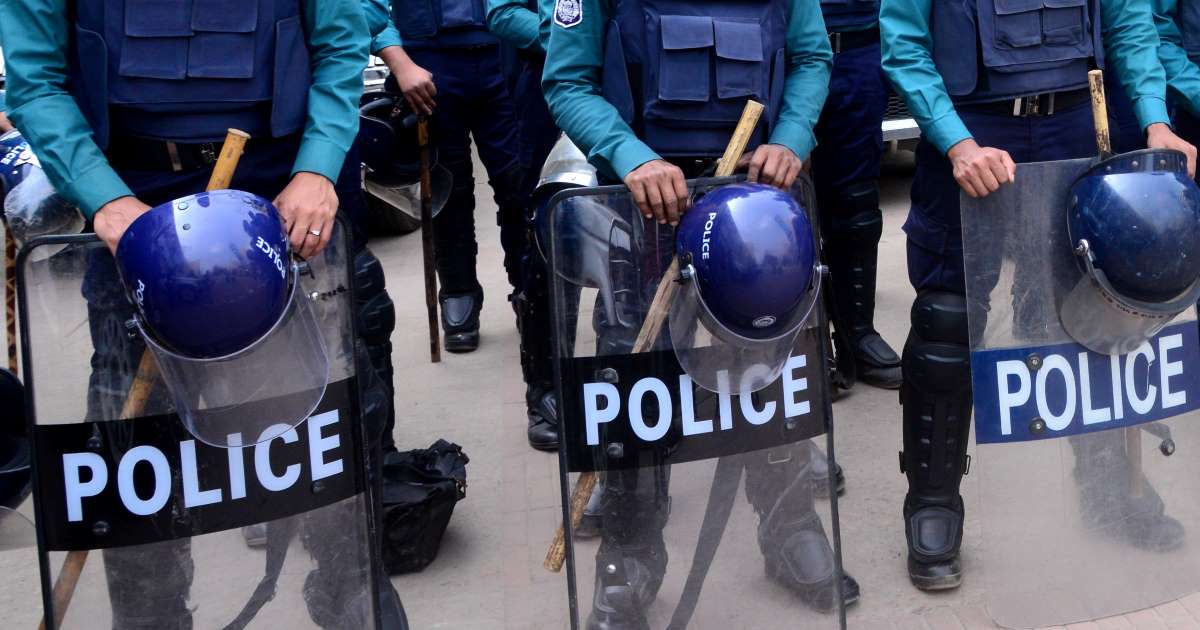 The Bangladeshi authorities must conduct prompt, thorough, impartial, and independent investigations into the death of at least 14 protesters across the country between 26 and 28 March, and respect the right to freedom of peaceful assembly, said 11 human rights organisations in a joint statement today. The organisations also called on the international community to urge Bangladeshi authorities to put an end to the practice of torturing and forcibly disappearing opposition activists.

Between 20 and 26 March 2021, police and members of ruling party Awami League attacked a series of protests across the country organised by different political and civil society groups, beat up and injured hundreds of largely peaceful protesters, according to local media reports.

On 26 March, Hefazat-e-Islam Bangladesh, a non-partisan religious group, announced that it would hold a rally protesting the visit of Indian Prime Minister Narendra Modi to Bangladesh after Friday prayers, primarily from the Baitul Mukarram, the country’s central mosque situated in Dhaka. Video footage of the event suggests that a large group of people, who have been reported by local media as members of ruling party Awami League (AL) and its student wing Bangladesh Chhatra League (BCL), gathered around the Baitul Mukarram mosque before the start of the Friday prayers. As soon as the prayers ended, the members of AL and BCL launched a violent attack on the worshippers trying to start the protest. The protesters were confined to the mosque premise where, video footage seen by the organisations revealed that the assailants used sticks and firearms to launch the unprovoked attack. Soon after, the police fired tear gas, rubber bullets, and live ammunitions to disperse the protesters. At least 60 protesters were injured, many with gunshot wounds.

The attack on the demonstrators in Dhaka led to an eruption of protests across the country on 27 and 28 March. Supporters of the Awami League were present in many of these demonstrations, confronting largely peaceful protesters and attacking them. The authorities also deployed the Bangladesh Border Guard (BGB) in several places across the country to quell the protests. The BGB and the police not only failed to protect the protesters from the attacks of the ruling party activists but also resorted to unlawful, unnecessary and excessive force themselves, which led to the death of at least 14 protesters in Chattogram and Brahman Baria districts. Hundreds of other protesters were injured, many with gunshot wounds, and dozens were detained.

The use of unnecessary and excessive force by the police followed the same pattern documented in relation to the initial protests just days earlier. On 25 March, more than 40 people were injured in Dhaka after police fired rubber bullets and tear gas into a crowd protesting the visit of Indian Prime Minister Narendra Modi. On the same day, local media reported that BCL members attacked protesters in Dhaka University campus, injuring 20 students.

In addition to violently cracking down protesters, the authorities have also restricted high speed internet access and blocked access to social media platforms, including Facebook and Messenger, from 26 March evening to 30 March evening without any formal notice, in contravention of the right to freedom of expression and hindering the ability of people to organise protests and report human rights violations.

Law enforcement agencies failed to acknowledge their fate and whereabouts, and denied the activists were held in custody. After more than 24 hours of incommunicado detention, Nadim Hasan, Shakil Uzzaman, Mina Al Mamun, and Md Mazharul Islam were presented before the court and charged with violence, while Nazm Us Sakib was freed after more than 80 hours of his disappearance.

Activists who have been detained in the context of the protests have also raised allegations of torture and other ill-treatment while in custody. Nipun Roy Chowdhury was detained by police on 28 March and charged with conspiracy and subversion. She has been placed on three-days police remand. Her family accused agents of RAB of beating her after the arrest and during her detention. Shimul Chowdhury, who was detained on 25 March for organizing a Zeafat—a social event of sacrificing a cow honouring Bangladeshis killed by the Indian Border Security Force—has been released on bail with a broken hand due to alleged torture. Family members of student activists Nazm Us Sakib and Md Mazharul Islam also told the organizations that they have been tortured during their incommunicado detention.

In light of these worrying patterns of abuses against protesters, the undersigned organisations call on the Bangladeshi authorities to conduct prompt, thorough, impartial, and independent investigations into the death of protesters, the use of unlawful force by the police and their failure to protect protesters from attacks instigated by ruling party activists. The use of unnecessary and excessive force by law enforcement agencies must end immediately and all those responsible must be identified and brought to justice in fair trials, without recourse to the death penalty. The ongoing crackdown and mass arbitrary arrests of peaceful protesters must stop and the allegations of torture and enforced disappearances of several protesters must be investigated.

Bangladeshi authorities must respect, protect and fulfil people’s human rights, including the rights to freedom of expression and peaceful assembly. Authorities must immediately and unconditionally release all those who have been detained solely for protesting peacefully, and drop all charges against them.

The undersigned organisations call on the United Nations and the international community to urge the Bangladeshi authorities to:

The CIVICUS Monitor, an online platform that tracks threats to civil society in countries across the globe, rates civic space – the space for civil society – in Bangladesh as Repressed.