Why restricting foreign funding of NGOs is wrongheaded 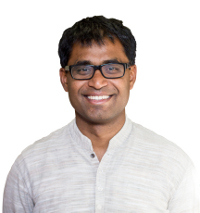 There is a new weapon of choice for governments that want to undermine bits of civil society that irritate them - restricting funding from foreign sources. By making it more difficult for human rights organizations or public watchdogs to access money from abroad, these governments hope to curb dissent and reduce accountability. These measures not only go against established international conventions and commitments, but what governments do not seem to realize is that the measures will not work.

There has been a plethora of funding restrictions recently, so much so that the UN’s Special Rapporteur on freedoms of assembly and association devoted his report to the subject last year. Colleagues at the International Center for Not-for-profit Law have documented more than 20 attempts to restrict foreign funding in the last two years.

For example, in Bangladesh advance government approval is needed before a non-governmental organization (NGO) can access foreign funding, in Ethiopia and Israel there are limits on the areas foreign-funded NGOs can work in; in Zimbabwe foreign-funded NGOs cannot work on ‘governance’ issues, and in Russia the government has tried to stigmatize these NGOs (requiring them to register using a Russian word that means ‘spy’).

Such measures may play well politically by reinforcing the idea of undue foreign (Western) interference in domestic affairs, but they are based on a set of flawed assumptions about how civil society works. They will only make a marginal difference in curbing dissent, and will have disproportionate effects on civil society. They may even end up back-firing completely.

Civil society is a beautifully complex arena. It spans from low-key community activities (sports clubs, church groups) to large NGOs that provide key services to high-profile advocacy organizations that speak out on certain issues. The idea that a government can curb one type of activity within this arena effectively is nonsense. Civil society is like a balloon; if squeezed in one place, the pressure will just move elsewhere.

Many of these laws claim to be designed to minimize foreign influence and protect sovereignty. Yet, the governments that introduce these laws – Ethiopia is perhaps the best example – receive huge amounts of foreign aid and turn a blind eye to other international flows that could impact society more dramatically than NGO funding.  It is hypocritical that states are happy to flog off large chunks of national assets to the highest foreign bidder (or the one that gives the best kick-backs) but will work very hard to restrict relatively tiny flows into civil society.

Similarly, the justification that NGO funding restrictions will help limit illegal or terrorist activity is flawed. If governments really want to prevent these things, they should use the general legal framework to introduce measures that regulate all actors in society, not just NGOs. If an NGO leader advocates violence or hatred, they should be tried under criminal law, not an arbitrary set of rules just for NGOs.

In doing this, they risk adversely affecting other outcomes in society. In many cases, the NGOs who speak out on thorny issues are also the ones providing vital community services. So restricting foreign funding for human rights or good governance, may inadvertently reduce funds available for education or health services.

It is also too simplistic to think that NGOs that are active in controversial areas are simply the puppets of foreign donors. In my job, I meet countless passionate, committed activists who defend human rights or fight corruption because they are deeply committed to the welfare of their nation. They are often the tip of an angry iceberg, and governments would do well to engage their concerns publicly rather than curb their ability to speak out.

All this is not to say that civil society actors do not have a responsibility to be accountable. NGOs should aim to publish who they receive funds from, what sort of activities they conduct and how they benefit the communities they seek to serve. But if they are transparent about these things, they should be allowed to get on with their work free of state interference.

It is also not to understate the importance of local philanthropy. In many countries, foreign funding is needed by civil society because there is not enough local money. While there is a new generation of philanthropists in many developing countries – from new middle-class individual givers to the ultra-rich captains of industry – many NGOs find it difficult to attract support for politically controversial causes. Promoting local philanthropy is therefore the best long-term strategy to support civil society, not least to counter the foreign interference rhetoric.

In the short-term, states that are introducing these laws need to be reminded that they are breaking a range of commitments they have made to protect civil society. Institutions such as the United Nations Human Rights Council and the Global Partnership for Effective Development Cooperation have both recently underlined the importance of protecting the operating environments for civil society, and provide forums for holding governments to account.

Unfortunately, these restrictions on foreign funding are part of a growing trend in which many countries are back-peddling on commitments to protect civic space. We need to fight them, not just for their direct impacts but also for the sake of nurturing a vibrant civil society.