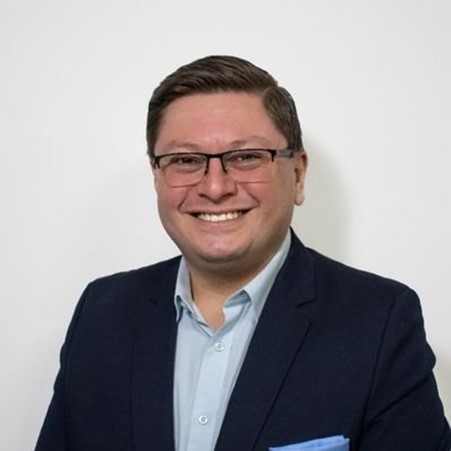 As part of our regular interview series, CIVICUS speaks to Mauricio Alarcón-Salvador about threats to human rights activists and NGOs in Ecuador. Mauricio is a lawyer and human rights defender who focuses on citizen participation and the rights of people with disabilities. He is the Programme Director of Fundamedios, a position he has held since 2009. Fundamedios or the Andean Foundation for the observation and study of the media is a civil society organisation which works to defend and promote freedom of the press, speech and association in Ecuador.

Lately, a lot of media attention has been focused on restrictions on democratic freedoms in Ecuador. Can you tell us more about the situation there?

In the recent years, there has been a consistent deterioration in the respect of fundamental freedoms in Ecuador.  Freedom of expression is mostly affected because of increasing threats to and attacks on journalists, media agencies and ordinary citizens who are critical of the government.  Journalists are increasingly persecuted, radio and TV Stations have been shut down and citizens arrested for allegedly “offending the President.” The government is equally trampling on the rights of association and the right to protest.  Civil society activists and human rights defenders have been subjected to judicial persecution and jailed for simply participating in public protests. As we speak, there are more than 200 leaders of social movements and activists who are being persecuted for simply expressing their rights to protest and associate. Most of those who are persecuted are charged with threatening state security.

Restrictive and cumbersome legislation have been used to clamp down on organisations with views that are different from those of the government and with critical voices. The most recent example is the closure and dissolution of human rights and environmental NGO - Fundación Pachamama on 4 December 2013.  Police officers visited the offices of Fundación Pachamama and with an order from the Environment Ministry, closed its premises.  The reason for the closure was that Fundación Pachamama had “deviated” from its original objectives and was involved in political issues which affected the security of the state.  It must be stated that in the months before the closure, government officials including the President of the country issued threats against civil society organisations and activists on national television who were critical of state policies.

As a civil society activist, what are some of the challenges you and your organization face?

The challenges for us and other civil society organisations in the country are enormous.  We are barely surviving as it is quite difficult to work under restrictive regulations aimed specifically at stifling our actions and activities.  For one, we have a punitive Penal Code and specific laws to control what we do as activists and civil society organisations. When we are vocal on issues which are at variance with government views, government representatives use national television and radio stations to denounce us.  The government also uses its media channels to denigrate civil society organisations. We also face challenges with our funding as there are restrictions on obtaining funding from specific sources for our work.  It will certainly be easier to work on other issues but as civil society activists our conviction and principles keep us going.

What kind of reforms would you like to see to improve the environment in which civil society operates in Ecuador?

The starting point for real reform is a commitment from the authorities to fully guarantee the fundamental rights of all Ecuadorians including the rights of expression, assembly and association.  Following such a commitment, the Constitution has to be respected by the government and all other stakeholders.  We strongly believe that genuine reforms have to emanate from the organ that represents citizens – the National Assembly and not through Presidential Decrees as is the case in Ecuador.  Reforms through legislation from the National Assembly must guarantee the rights of activists, human rights defenders and NGOs to carry out their activities without interference.

In addition, there needs to be consistent dialogues between civil society and the government.  There are no spaces for such dialogues at the moment as the government considers civil society as “an enemy of the state” simply because members of the sector are vocal about their disapproval of certain government policies.  Much needs to be done to improve the environment in which civil society operates.  This will be a lengthy and strenuous process but it is necessary for civil society to do what it is supposed to do to enhance democratic processes.

We as civil society in Ecuador also have several internal challenges and we are reaching out to the international community for solidarity and support.  We however need to provide civil society groups outside of the country with sufficient information on what is happening in Ecuador for them to act in a well informed and timely manner.  We also look forward to continued solidarity with those who have gone through similar challenges and groups from countries which have more freedom to carry out their activities.  It is important to keep alive the spirit and commitment of those who seek to improve the human rights conditions in Ecuador.