Iraq: Freedom of speech and assembly under attack as over 100 killed & hundreds arrested

The undersigned international, regional and Iraqi human rights organisations demand that the authorities in Iraq immediately uphold promises to put an end to violent reprisals against the popular protest movement taking place across the country, which has left over 100 people dead, with thousands more injured and hundreds detained. We call for the state to ensure that Iraqis’ rights to freedom of assembly and expression to be respected by ensuring that there are no further attacks on protests or media offices, and to spare no effort to investigate the excessive use of force. We further call for the United Nations Human Rights Council to hold an urgent debate or a special session to address the rights crisis in Iraq. 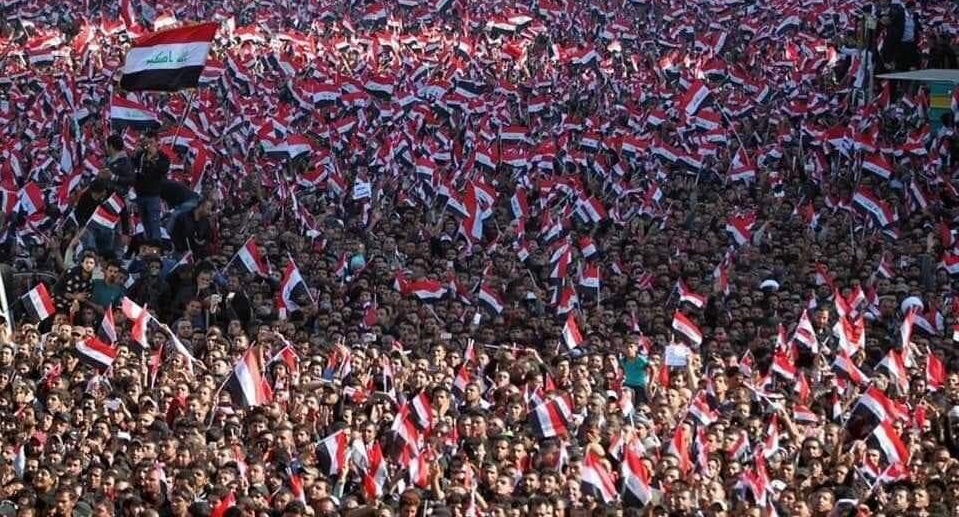 Peaceful demonstrations began on 01 October in the central and southern cities of Iraq, including Baghdad, Basra, Najaf, Babylon and Diwaniya. They reiterated the demands of previous protests that began in July 2018, calling for an end to corruption and unemployment, denouncing poor service delivery, and building a law-abiding state that respects the public freedoms of all citizens.

As the protests continued in defiance of a curfew, riot police and other members of the security services began to use excessive force, such as firing live ammunition directly at crowds instead of overhead, and using stun grenades, water cannons (with hot water) and tear gas against protesters. On two occasions, armoured vehicles ran over protesters. Several reports confirmed that snipers on top of buildings fatally shot protesters, but the authorities claimed they were not state forces. These acts are in direct violation of the International Covenant on Civil and Political Rights, to which Iraq is a party.

According to the Iraqi High Commission for Human Rights, the recorded number of victims, including protesters and security forces dead and wounded, as of midnight on 6 October includes:

Media and activists monitoring the demonstrations reported that the real numbers could be much higher. Security forces also arrested hundreds of peaceful demonstrators and human rights defenders in various Iraqi cities, and some of those arrested were reportedly beaten. Witnesses reported that others were arrested from inside Baghdad hospitals, despite being wounded, without judicial warrants.

On 4 October, eight human rights defenders in Basra were arbitrarily detained without warrant by Iraqi security forces, including human rights defender Hussam Al-Khamisy, according to witnesses who spoke to the Gulf Centre for Human Rights (GCHR) and local Iraqi rights groups. They were held for six hours and released only after being forced to sign a document, which they were not even allowed to read.

In a tragic incident reported by GCHR and local Iraqi sources, on 2 October 2019, neighbours told GCHR’s Iraqi sources that they saw masked gunmen storm the Basra apartment of human rights defenders Hussein Adel and Sara Taleb, and shoot them dead in front of their two-year-old daughter. They had provided first aid to injured protesters. After taking part in popular protests in Basra earlier in 2019, the couple reported to the local police that they had received several threats by armed groups.

In addition, freedom of expression and access to information are greatly at risk. On 5 October, armed groups stormed satellite TV Channels Al-Arabiya, Al-Hadath, Dijlah and NRT Arabic, and Dijlah remains closed for a month by order of the Communications and Media Commission. The government shut down the internet on the evening of 2 October for five days, as well as blocking Facebook, Twitter, WhatsApp, Instagram and other social media platforms, and Internet access remains sporadic.

We the undersigned organisations call upon the authorities in Iraq to abide by their international commitments, including recommendations to Iraq’s upcoming Universal Periodic Review, to: